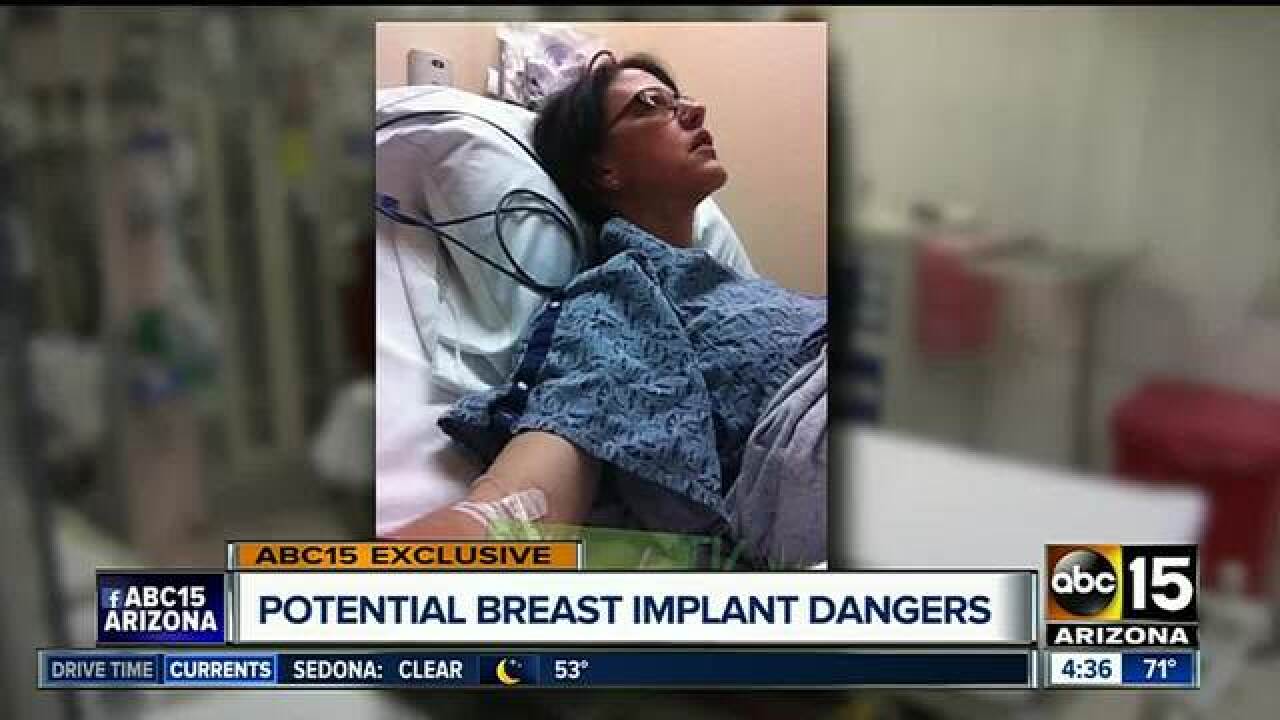 A Valley woman thinks her breast implants made her sick.

"The doctor told me I was cancer free but I wasn't feeling better," said T.K.

Shortly after that -- doctors realized her right breast implant was leaking but they didn't think it was the reason for her pain.

"I was tired and achy," said T.K. "The vision in my right eye was blurry and I couldn't hear out of my right ear."

T.K. says she found an oncologist in Mesa who suggested she remove her implants.

Dr. Lu-Jean Feng is a well-known plastic surgeon in Ohio who specializes in explants.

Feng adds many of her patients have certain genetic mutations called MTHFR.

“These are patients who have difficulty or have reduced activity of the methylation detoxification process,” said Feng. “So it's very possible that toxins can build up much faster in these patients than others.”

“I cannot continue to do implants realizing most people can get sick from it,” said Dr. Feng.

Dr. Feng believes more long-term studies need to be done to look at the long-term effects.

The FDA lists the potential risks of breast implants on its website. However, T.K.'s specific cancer and illnesses were not listed.