Man accused of chaining up woman confesses to killing 7 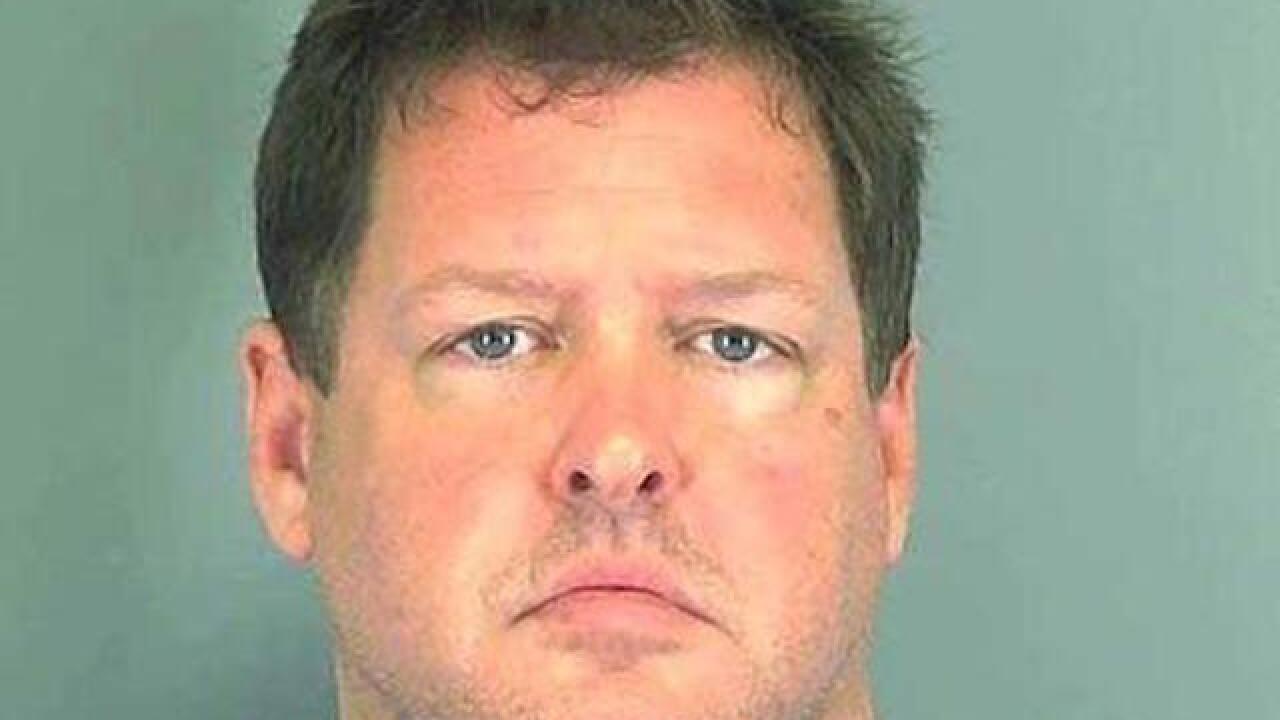 WOODRUFF, S.C. (AP) — A South Carolina man confessed to killing at least seven people in a hidden crime spree that lasted more than a decade and only was uncovered when police rescued a woman locked in a storage container, authorities said Saturday.

"God is good," Wright said. "The community is no longer wondering who's responsible for the "four people who were brutally murdered."

Kohlhepp confessed he was the shooter who killed four people at a motorcycle shop in Spartanburg County in 2003, Wright said.

His confession came one day before the 13th anniversary of the deaths of the owner, service manager, mechanic and bookkeeper of Superbike Motorsports in Chesnee.

"He's been very cooperative," said Wright, first elected sheriff in 2004. He's confident Kohlhepp's confession solved the case. "He told us some stuff nobody else ought to know."

Wright says Kohlhepp also showed law enforcement officers Saturday the gravesites of two of his other victims buried on his 95-acre property near Woodruff. Kohlhepp, in handcuffs and wearing an orange jumpsuit, was at the site for less than an hour.

Those are in addition to the body found Friday at the site. Wright and Coroner Rusty Clevenger identified that victim as 32-year-old Charles Carver, the boyfriend of the woman found in a locked metal container Thursday.

The sheriff says it's possible more bodies will be uncovered.

When he was 15 and facing charges he raped a neighbor after forcing her into his home at gunpoint and tying her up, Todd Christopher Kohlhepp's father told court officials the only emotion the teen was capable of showing was anger, and a neighbor called him a "devil on a chain."

Fifteen years after he was released from prison for that crime, Spartanburg County deputies were brought to his property by the last known cellphone signals of two missing people. On Thursday, they found a woman chained in a container for two months. She told investigators that Kohlhepp shot and killed her boyfriend in front of her.

"They're obviously heartbroken," he said after talking to Carver's family. "It's terrible. I do think this helps with a little bit of closure. .. We prayed for God to show us, and He did."

Carver died of multiple gunshot wounds. An anthropologist is helping determine how long Carver was buried, said Coroner Rusty Clevenger. He declined to say how many times Carver had been shot.

Kohlhepp is charged with kidnapping the woman. Authorities say more charges are coming.

It was an abrupt, but perhaps not unexpected turn for a man who spent his 20s in prison but after his release managed to get a private pilot license, build a real estate firm with more than a dozen agents and buy nearly 100 acres of land and erect a fence around it said to have cost $80,000. On that land, dozens of officers continued to search Saturday for any additional bodies after the woman told investigators Kohlhepp claimed to have killed at least four others.

As a teen, Kohlhepp was cold and callous. He went to his 14-year-old rape victim's house after talking to her parents and making sure they wouldn't be home. He was smart, angry and felt the world owed him something, his chief probation officer wrote in court papers in Arizona in 1987.

"It is this type of individual, one with little or no conscience, who presents the greatest risk to the community," the officer wrote in the papers obtained by WHNS-TV.

Kohlhepp remains behind bars. The 45-year-old had to register as a sex offender after his release from prison in Arizona.

But that didn't stop him from becoming an apparently successful real estate agent. Kohlhepp followed the rules and admitted he had a felony conviction when he applied for his real estate license in 2006. But his letter explaining the charge was full of lies. He said he argued with his girlfriend, police were called, he had a gun and was caught up in a crackdown on gun violence.

Police said Kohlhepp had a crush on the 14-year-old girl, who was friendly, but not romantic toward him. After raping her, he said he would kill her 6-year-old and 3-year-old siblings that she was babysitting if she called the police. His first question to officers when he was arrested was how long he was going to have to spend in prison, according to court papers.

In the South Carolina case, the couple disappeared about Aug. 31 when the woman went to do some cleaning on the suspect's nearly 100-acre property near Woodruff. Her boyfriend accompanied her, said Daniel Herren, a friend who sat with the woman in her hospital room after she was rescued Thursday.

The Associated Press is not naming the woman because the suspect is a sex offender, though authorities have not said whether she was sexually assaulted.

Kohlhepp has a house about 9 miles away in Moore, where neighbor Ron Owen said Kohlhepp was very private, but when they did talk across the fence, he was a "big bragger."

Kohlhepp liked to talk about the money he made day trading online, for example, and about his two BMWs. He recently told Owen, 76, that he'd paid $80,000 to put the chain-link fence around his property where the woman was found.

"We didn't see any signs whatsoever that this was going on," Owen said. "My first reaction's a baseball bat, but I know I'm not to take that in my own hands. God will deal with him."

But even as his father felt he couldn't be helped, and as the neighbor recounted how Kohlhepp laughed when her son cried as he rolled him down the street locked in a dog carrier, court records show Kohlhepp's still had one supporter in 1987 — his mother.

She wrote a letter asking the judge to send Kohlhepp to his grandparents instead of prison.

"He even walked the girl home," she wrote. "Does that sound like a dangerous criminal?"