Despite opposition, US moves ahead with plan to give Mexico $20M to deport migrants 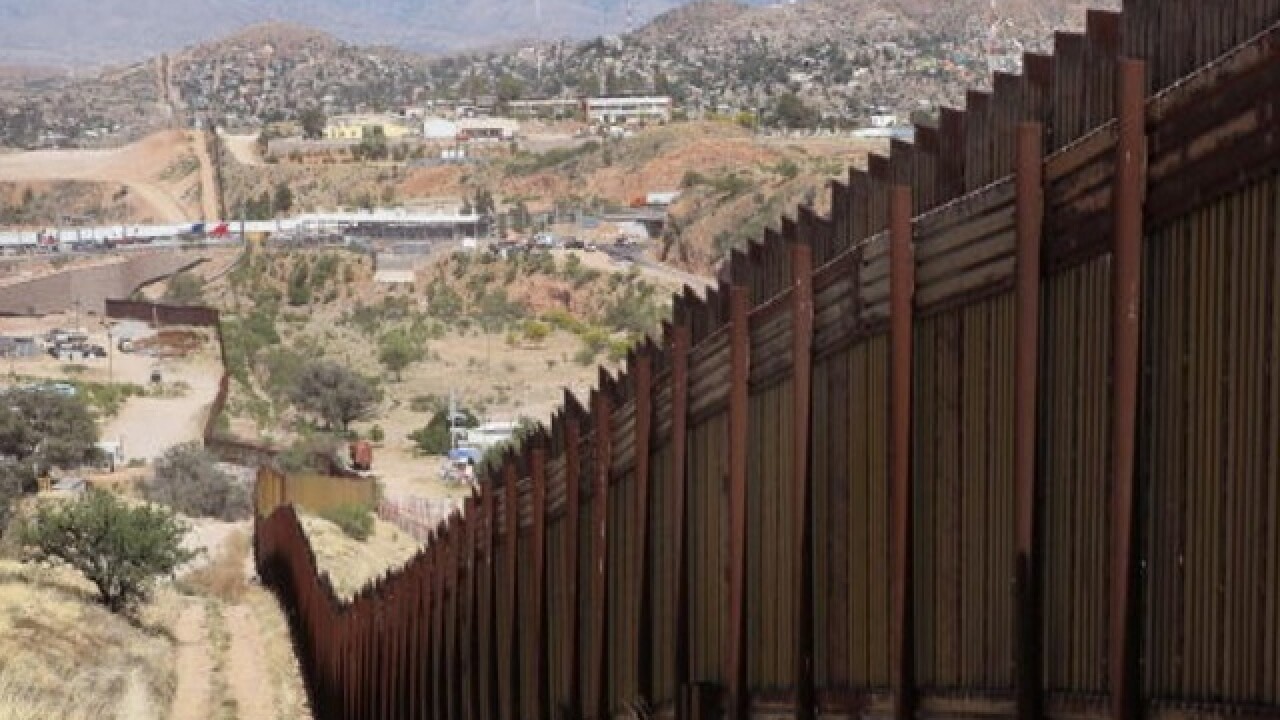 The Trump administration is moving ahead with a plan to pay Mexico $20 million to deport migrants from that country and prevent them from reaching the U.S. – even after the plan had been halted by top Democrats in Congress and so far dismissed by the Mexican government.

The plan is just the latest by the administration to reduce the number of immigrants crossing the U.S. southern border, including its “zero tolerance” policy where anyone entering illegally would be prosecuted – leading to the infamous separations of children from their parents.

But it’s the push-through — despite the informal “hold” that Democrats put on the transfer — that has outraged Capitol Hill, which has oversight of the State Department and the executive branch’s funds. Congress was notified late Monday night that over the weekend, the administration had transferred the funds.

“You have decided to act contrary to years of practice and precedent, and in a manner that threatens to upend long-standing norms of comity between the Department of State and its oversight committees in Congress,” Democrat Sens. Bob Menendez and Patrick Leahy wrote in a letter to Secretary of State Mike Pompeo this week. Menendez is the top Democrat on the Senate Foreign Relations Committee, and Leahy is the top Democrat on the Senate Appropriations Committee.

Thousands of Central Americans travel through Mexico to reach the U.S. and either cross the border illegally or apply for asylum from the violence of their home countries. In the first seven months of 2018 alone, 57,000 Central Americans were deported from Mexico, according to the Associated Press. During the same period, over 300,000 people were stopped or apprehended at the U.S. border.

To prevent the U.S. from having to do those deportations, the Trump administration has been trying to stop migrants from ever reaching the U.S. borders.

To that end, the State Department notified Congress in late August that it was planning to transfer the funds to the Department of Homeland Security. Several top Democrats objected to the plan, saying deportations were not what Congress intended the funds to be spent on — and put a hold on the plan.

“I want answers about why the State Department thinks it can ignore Congress and dump more cash into deportation efforts. Until then, I’ll do whatever I can to stop this,” Rep. Eliot Engel, D-NY, the top Democrat on the House Foreign Affairs Committee, told the New York Times last month.

Mexico’s Interior and Foreign Ministries also pushed back, saying in September that they had “not accepted in a verbal or written way this proposal.”

They added that they would work with the U.S. on migration “to promote an orderly, legal, secure migration with full respect for human rights and the legal international framework.”

But to many critics, that is not reflected in the Trump administration’s immigration policies, from its restrictions on who can apply for asylum in the U.S. to its expansion of who will be targeted for deportation or detention at the border.

Despite Congress and Mexico’s objections, the administration moved forward with its plans over the weekend by transferring the $20 million in funds to DHS, notifying Congress on Monday of the decision.

“They blew up decades of comity between the executive and legislative branches,” a Democratic Senate aide said to ABC News.

Still, a State Department spokesperson told ABC News, “We will not move forward with implementation until we reach an agreement with the incoming Mexican administration.”

It’s the outgoing administration of Mexico’s current president Enrique Peña Nieto that has rejected the idea. His successor, the populist Andrés Manuel López Obrador, will be sworn in on Dec. 1 after winning the presidential election in July.

But AMLO, as López Obrador is often known, is much more liberal, and although he and President Trump have so far expressed warm ties, sources say he is very unlikely to accept the proposal and may have been behind Peña Nieto’s initial rejection last month.

It’s unclear whether there are current consultations to change AMLO’s mind or find a way forward.

The Mexican embassy in Washington said it had no comment. The State Department did not respond to requests for comment, including whether Pompeo and the current Mexican Foreign Secretary Luis Videgaray discussed the plan in a call Thursday.

On Wednesday, Trump and AMLO spoke by phone, with Trump saying in a tweet afterward, “We will work well together!” Next week, the U.S., Canada, Mexico, and Central American countries will meet in Washington to discuss development in Central America, and AMLO’s team will join the Mexican delegation.

The proposal says the U.S. could help deport up to 17,000 migrants back to their country of origin, according to a State Department notice sent to Congress and obtained by ABC News.

It says that Mexico will handle “interdiction, detention, appropriate asylum adjudication processing in accordance with Mexican and international law, determination of removal in accordance with Mexican law, and travel document procurement.” But the U.S. would use this $20 million fund to pay for commercial or charter flights or ground transportation to remove migrants.

The funds that were transferred were previously unallocated, according to the department spokesperson, so they could be used for “emerging policy priorities, which include strengthening efforts to address immigration issues throughout the Western Hemisphere.”

But after the hold, the tranche of funds was going to go to the U.S. Agency for International Development, or USAID, for a project in Jordan, according to a Congressional aide, who said that was overruled by the White House’s Office of Management and Budget which insisted that the transfer go forward. USAID declined to comment for this story.

Either way, that transfer has now sparked criticism in Congress, with several top Democrats complaining that they were not consulted on the move even after raising their objections and placing that hold. Breaking a hold is not against the law, but it is a rare rebuke of Congressional oversight.

In their letter to Secretary of State Mike Pompeo, Menendez and Leahy said they were “troubled by the late submission of, and lack of clarity and specificity in, the congressional notification.”

They also called the proposal “strategically ill-advised,” “a short-sighted approach,” and possibly in violation of international law – as it blocks asylum seekers from reaching the country they deem safe.

After his public objections last month, Engel said he was “outraged that the Trump administration is disregarding Congress and plowing ahead with its senseless plan to fund deportations from Mexico.”