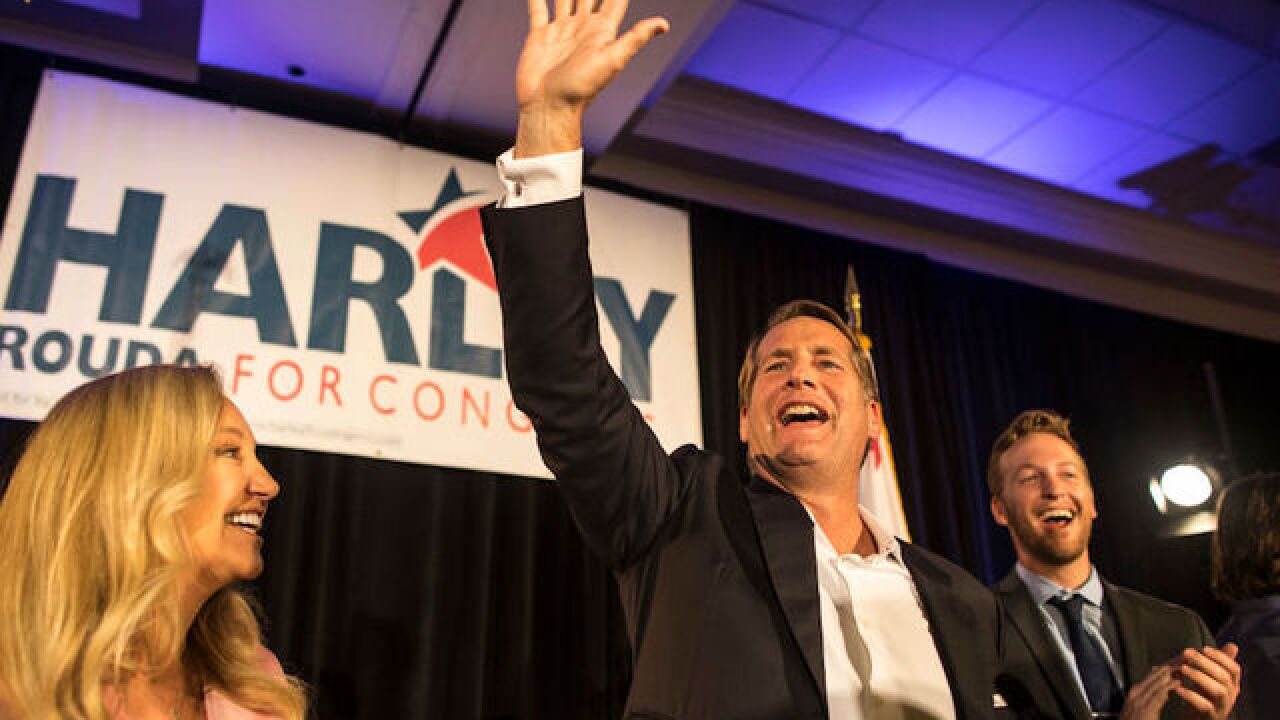 Image copyright 2018 Getty Images. All rights reserved. This material may not be published, broadcast, rewritten, or redistributed.
Barbara Davidson
<p>Harley Rouda speaks to supporters with his family during their election day party November 6, 2018 in Newport Beach, California at the Newport Beach Marriott Hotel and Spa. </p>

Democrat Harley Rouda has defeated California Republican Rep. Dana Rohrabacher with a current lead of about 17,000 votes, securing another seat for the new Democratic majority in the US House of Representatives, CNN projects.

Rohrabacher, a conservative stalwart, represented California's 48th Congressional District for nearly 30 years. He had been trailing his Democratic challenger in the week following the midterm elections, raising eyebrows about whether or not he could keep his long-held seat.

But by Sunday, Rouda, a progressive former realtor and businessman, had pulled ahead of Rohrabacher with 53.2% of the vote compared to Rohrabacher's 46.8%.

During the race, Rouda capitalized on disdain for President Donald Trump among the district's many college-educated voters, something that will likely work to his advantage as his party is gearing up to use their new power in Washington to challenge many of the President's policies and actions.