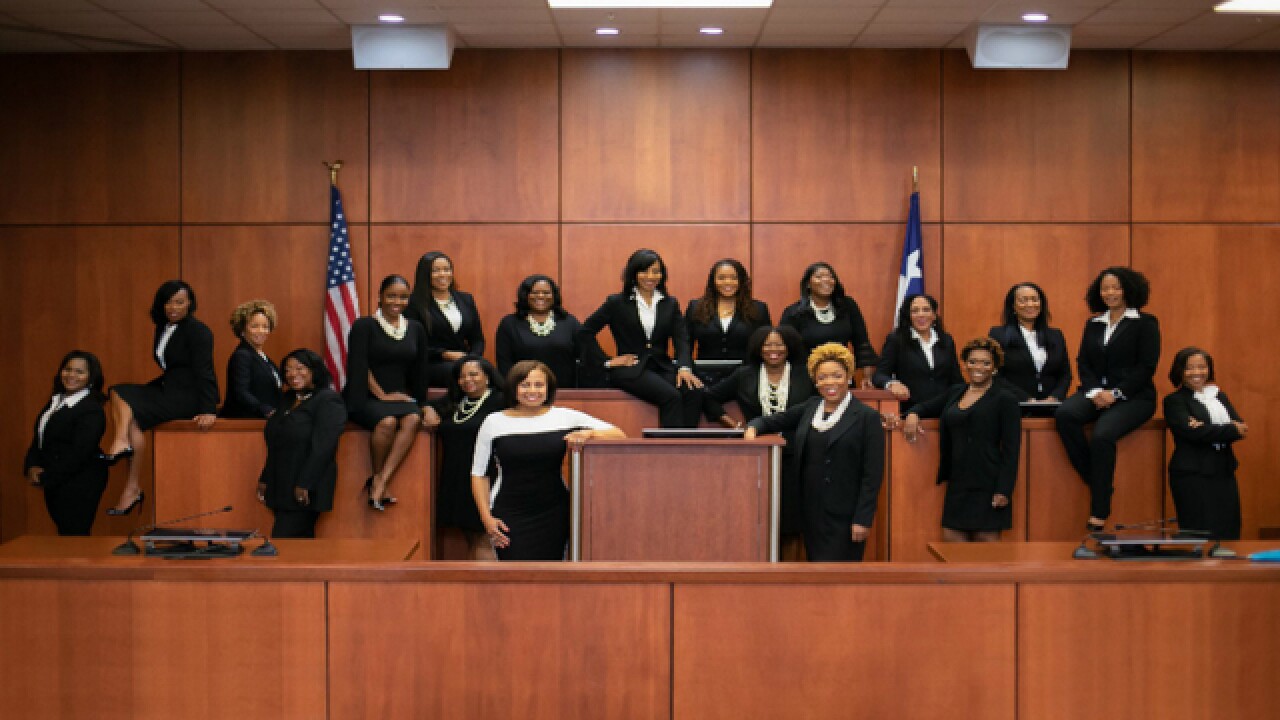 The 17 Democratic candidates were elected under a campaign they called "Black Girl Magic Texas," hoping to be the largest number of black women elected judges in Harris County.

Harris County, which includes Houston, is the largest county in the state.

Some of the women celebrated their success on social media.

"This election is still sinking in," LaShawn Williams, judge-elect for one of the county civil courts at law, wrote on Facebook. "I am speechless and overjoyed by all of your kind words and powerful actions to help us make a court system which ensures that everyone will be heard."

Of the 17 history-making women, Shannon Baldwin will be the county's first openly LGBTQ African-American judge after winning her race, according to Out Smart magazine.

Tuesday's midterm elections were a historic night for female candidates, more of whom will be serving in Congress than ever before.

Latosha Lewis Payne, judge-elect for the 55th Civil Judicial District, told a local Houston TV station that having a diverse bench would provide "equal opportunity for justice -- regardless of who you are."

"I think that having an African-American judge or having a female judge, those are the kinds of things we bring to the bench, and we bring an understanding of a person who may come from that similar background," Payne said.

As of Friday, CNN projected that at least 100 women would win US House seats, with 35 women newly elected to the House and 65 female incumbents.