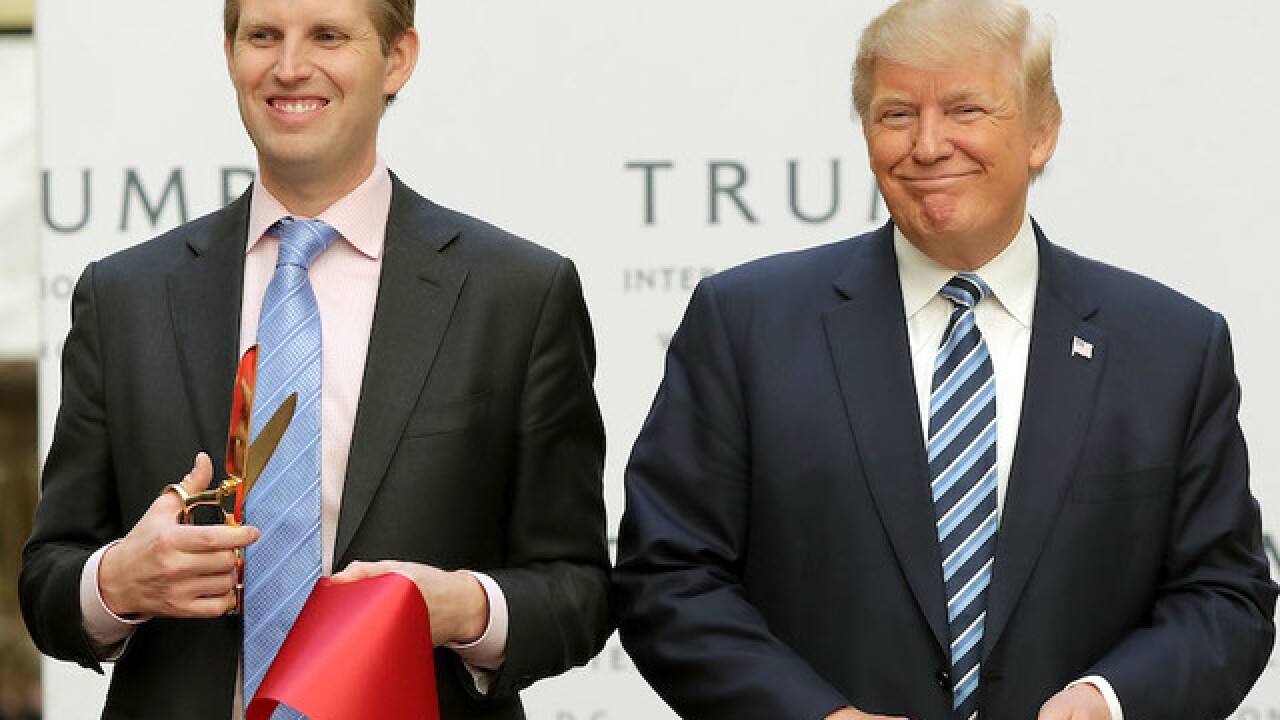 Copyright Getty Images
Chip Somodevilla
<p>WASHINGTON, DC - OCTOBER 26: Republican presidential nominee Donald Trump (R) and his son Eric Trump cut the ribbon at the new Trump International Hotel October 26, 2016 in Washington, DC. The hotel, built inside the historic Old Post Office, has 263 luxry rooms, including the 6,300-square-foot 'Trump Townhouse' at $100,000 a night, with a five-night minimum. The Trump Organization was granted a 60-year lease to the historic building by the federal government before the billionaire New York real estate mogul announced his intent to run for president. (Photo by Chip Somodevilla/Getty Images)</p>

WASHINGTON (AP) — Eric Trump may have broken New York state law by tweeting a photo of his completed ballot.

The second son of Republican presidential candidate Donald Trump tweeted a photo of a ballot with the oval over his father's name filled in on Tuesday.

The tweet said "It is an incredible honor to vote for my father! He will do such a great job for the U.S.A!" It was later deleted from Trump's Twitter account.

Representatives for Eric Trump and the New York City Board of Elections did not immediately respond to calls seeking comment.