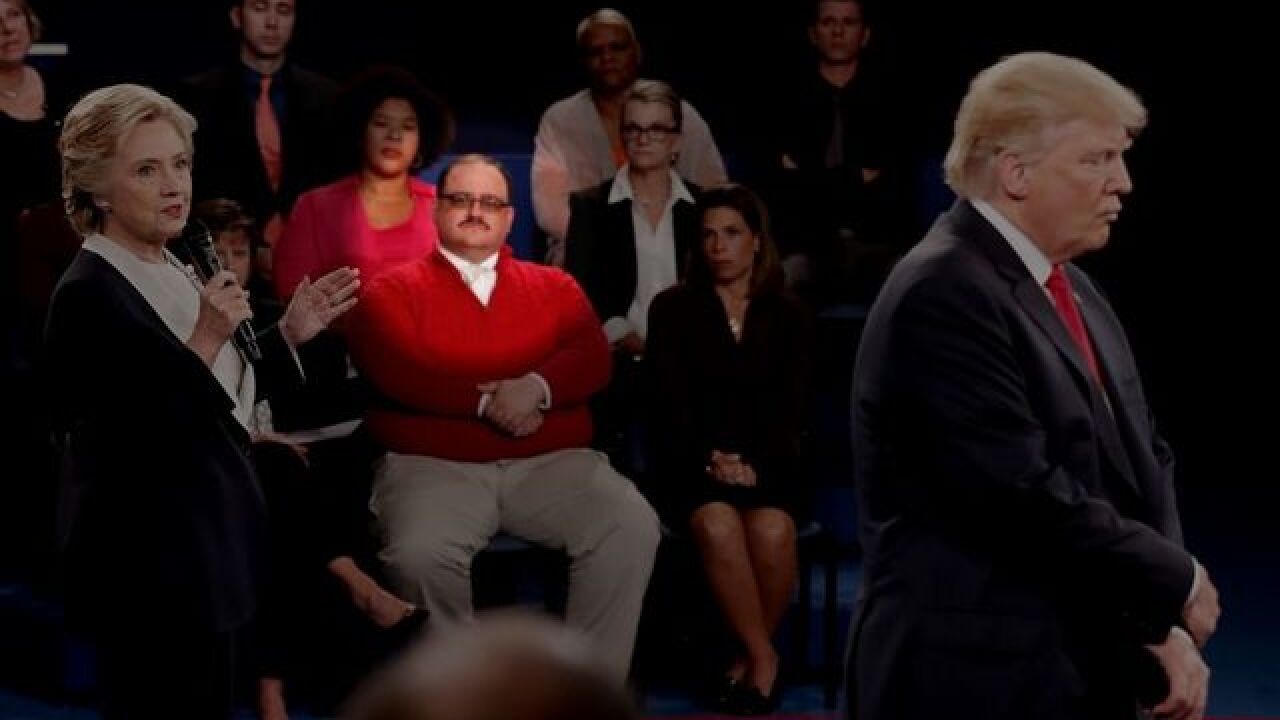 A fundraiser launched on Monday and continued on Tuesday to help debate questioner Ken Bone replace the suit he was supposed to wear to Sunday's presidential debate.

Bone, who within hours of the debate became an internet sensation, wore a red sweater in lieu of an olive suit that he said he loved. Bone claimed that he split his pants the day of the debate, and opted to wear the red suit as a last-minute wardrobe replacement.

His infamous red sweater has sold out at Kohl's locations across America, as Bone's popularity has soared. Bone has gained 113,000 Twitter followers in the 40 hours after the debate.

Since news that Bone's suit ripped, a fundraiser on Go Fund Me began to help Bone replace his suit. As of Tuesday afternoon, 36 people had contributed a combined $445. The goal of the campaign was to raise $1,000 for Bone.

"I had a really nice olive suit that I love a great deal and my grandmother would have loved to have seen me wear on television," Bone said on CNN. "I apparently have gained 30 pounds so when I went into my car, I split the seat of my pants. So my sweater was Plan B, and it worked out."