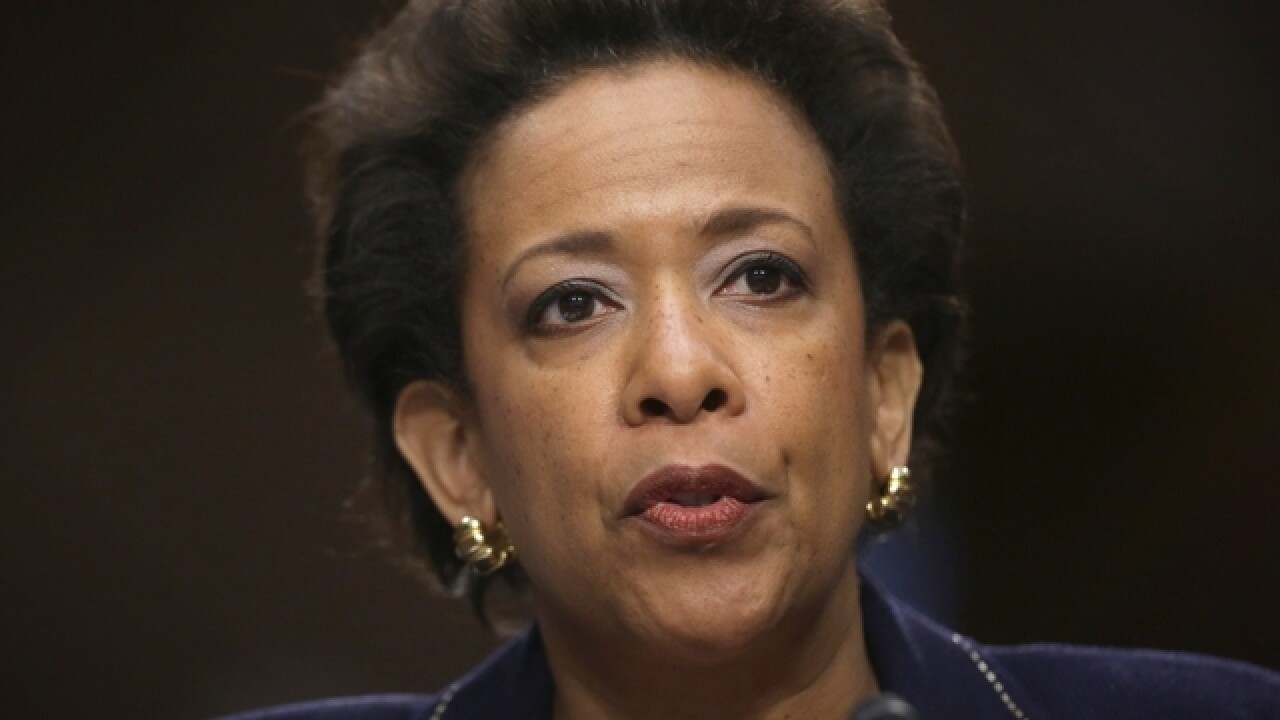 That endorsement raised eyebrows among conservatives who say it puts pressure on the law enforcement agencies, run by Obama's political appointees, to pull punches when trying to decide whether Clinton should be charged.

The FBI is investigating whether Clinton broke any laws relying on a private email server during her four years as Obama's secretary of State instead of using a system owned and protected by the federal government.

"The investigation into the State Department email matter is going to be handled like any other matter," Lynch told "Fox News Sunday."

"We've got career agents and lawyers looking at that. They will follow the facts and follow the evidence wherever it leads and come to a conclusion," she said.

Lynch said she has never spoken about the investigation with Obama or "really with anyone" at the White House.

"That's not the kind of relationship that I have with people there and it would be inappropriate to do so," she said.