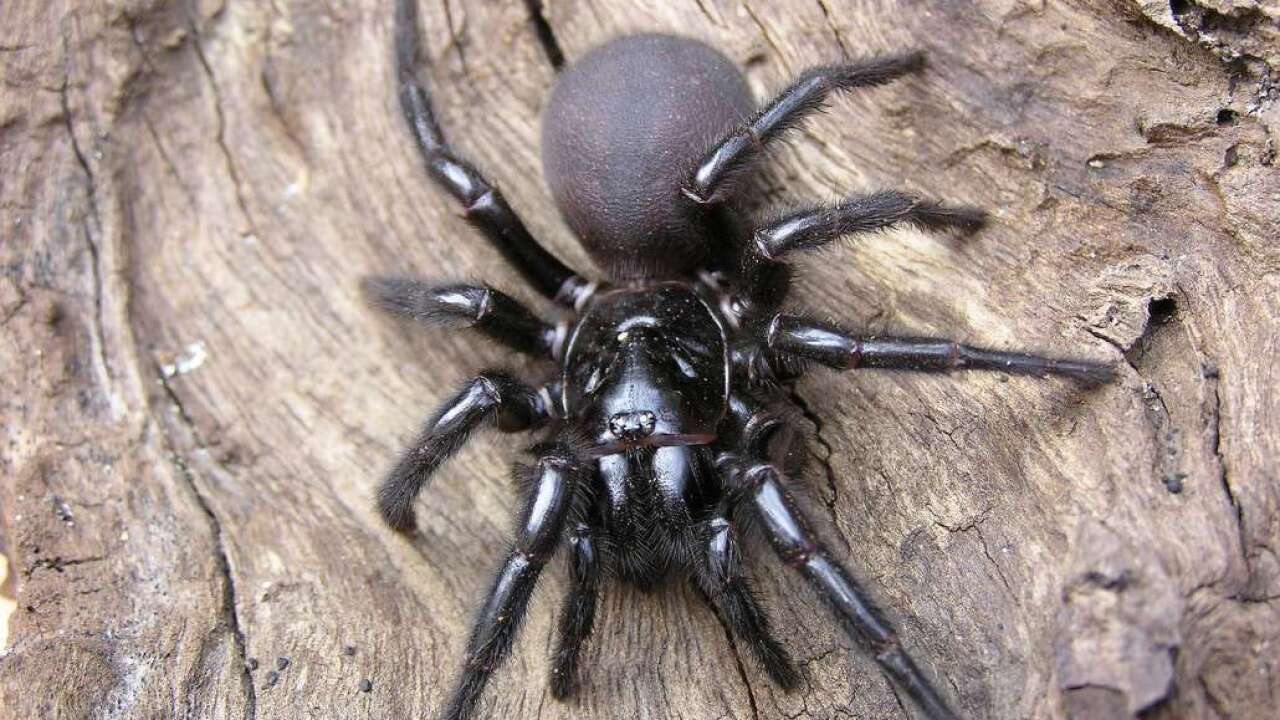 It's been a trying time in Australia as of late, with fires tearing through the country, followed by flooding. But now experts are warning of another threat: the funnel-web spider.

The spider is one of the most dangerous on the planet in terms of bite to a human, the park says.

"Funnel-webs are extremely aggressive spiders and will have no hesitation in standing their ground and defending themselves," the park says. "The front legs are raised high off the ground and the fangs are brought up and directed forward ready to strike. If further provoked the fangs will strike downwards with great speed and force."

A representative said male spiders would be especially active in this time as they go out to search for a mate.

The park's website says the Sydney funnel-web prefers to make its home in sheltered, shady spots, which are always cool and humid. Its natural habitat is rainforests and wet sclerophyll forests, however, the shaded areas of well-vegetated private gardens are also readily colonized.

Australian Reptile Park is currently asking people try and catch the spides and turn them in — carefully. The park collects the venom as part of its antivenom program to save lives.

For more information on the funnel-web spider and the Australian Reptile Park, click here.

This story was originally published by WFTS in Tampa, Florida.