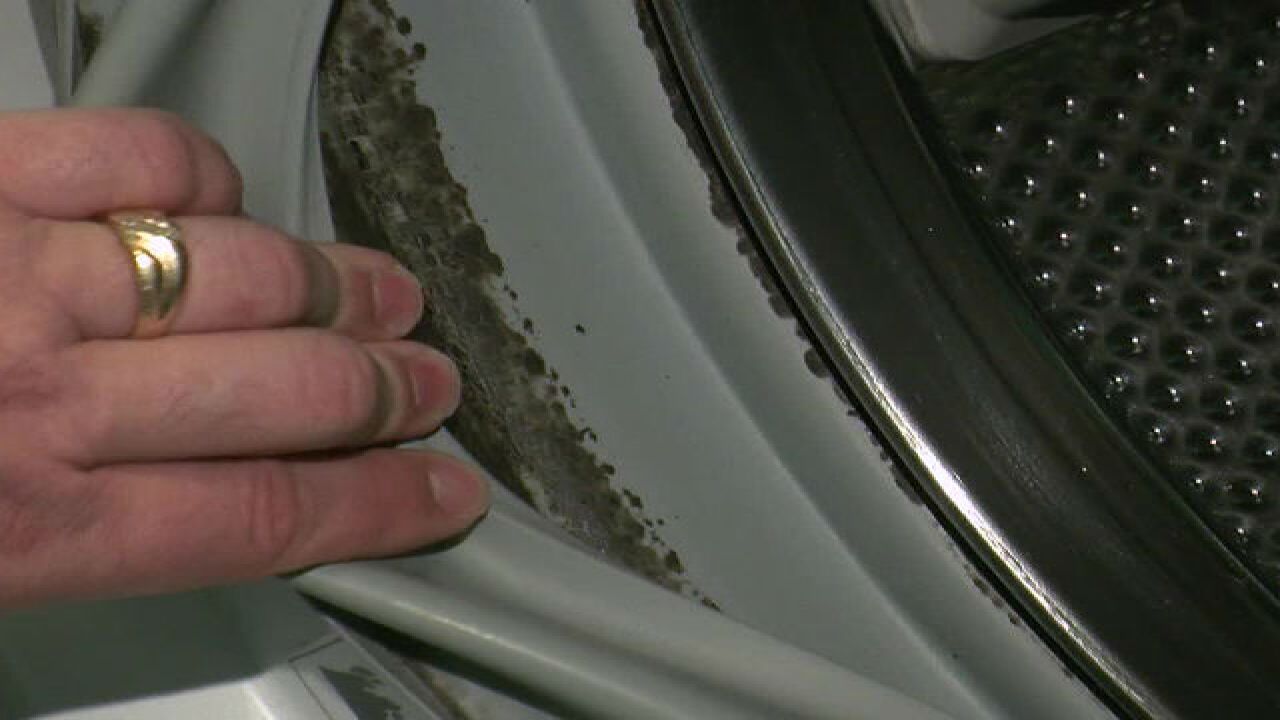 If you’ve experienced mold growing in your washing machine, you could be eligible for money, however the deadline is quickly approaching.

If you own a Whirlpool, Kenmore or Maytag front-loading washing machine manufactured between 2001 and 2010, you may be eligible for up to $500 in cash or a voucher toward a new washer as part of a class action settlement.

The deadline to submit a claim for compensation under the Whirlpool, Kenmore, and Maytag settlement is October 11.

You can file a claim here: http://www.washersettlement.com/

The deadline to submit a claim for compensation in the LG settlement is October 10.

You can file a claim here: http://www.lgwashersettlement.com/

The E.W. Scripps Co.'s WRTV station reporters exposed odor, mold and other defects with front loading washing machines back in 2013.

Ruth Ogden, of Gas City, Indiana, bought a Whirlpool Duet front loader around 2004 and said after a year, she started noticing an odor in her clothes.

"My son was as typical teenage slob, and we all thought the odor from him was getting into our clothes," said Ogden, adding that she threw out clothes worth hundreds of dollars.

Ogden ended up spending money on product to clean her washer and to purchase a new washer, but said she might have difficulty getting any cash from the settlement.

"Who saves receipts for 10 years of products to get the stink out of the clothes when you didn’t even know that was causing it?” said Ogden.

She contacted WRTV in Indianapolis in the hopes of getting some of the settlement.

“It’s not just me, what about people who are worse off than I am?” said Ogden. “I’ve already replaced the washer, and I’ve kind of moved on.”

Depending on the documentation you can provide as a customer, you can receive a $50 cash payment, a 5% or 20% rebate toward the purchase of a new washing machine or dryer, or up to $500 in reimbursement for out-of-pocket expenses for repairs or replacement due to a mold or odor problem.

The LG claim form, for example, asks for a photograph of the washer’s serial number or a proof of purchase.

Attorneys for customers alleged the washers had "serious design defects" that can cause mold and mildew and Whirlpool failed to warn consumers. Whirlpool released the following statement to RTV6 about the case:

"In April 2016, Whirlpool Corporation signed an agreement to settle its pending front-loading washing machine biofilm class-action cases. The settlement requires certain steps, including notification postcards and advertising, to ensure consumers are aware of the settlement administration process. That notification process began in early June, 2016. The company chose to settle to allow us to remove the continued distraction and expense of litigation. The washers included in the settlement were made during the 2000's, and only a small percentage of consumers ? less than 4 percent ? ever had a complaint about their washers. Whirlpool feels strongly that this type of litigation is not good for consumers and distracts U.S. manufacturers, like Whirlpool, from providing consumers with innovative, energy-efficient products."

Companies have made design improvements to their machines, and experts said the new front-loaders have virtually eliminated mold with special vents in the back, hold-open doors to get air inside, and self-cleaning cycles.

Experts say you can cut down on mold by removing damp clothes immediately, only using HE detergent, running a cleaning cycle and leaving the door open when not in use.