Dakota Access pipeline protesters given until Dec. 5 to leave 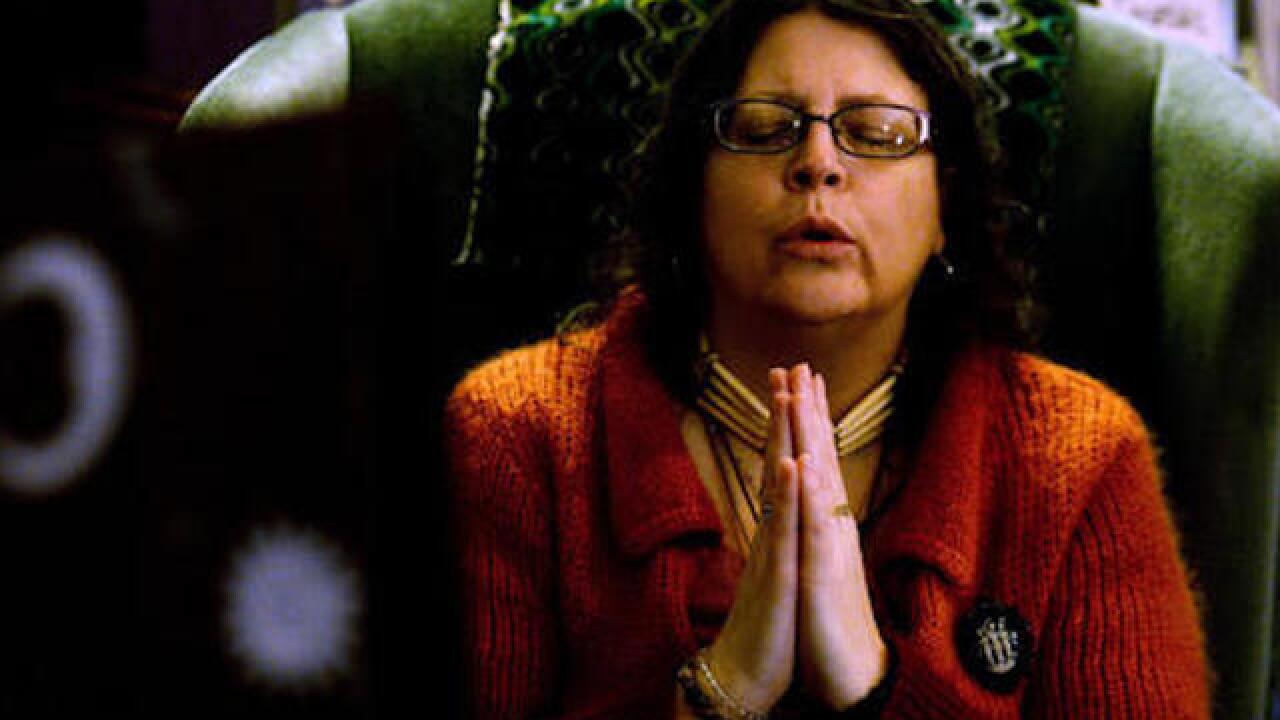 Copyright Associated Press
Callaghan O'Hare | MLive.com
<p>In a show of solidarity with the protestors at Standing Rock, the co-owner of Ingress Yugen Audra Hollenbeck, 49, of Flushing, prays on Saturday, Nov. 26, 2016 at Ingress Yugen, a spiritual resource center, in Flint. "Some people can say what we did tonight was silly but we know that every action has a reaction," said Derrik Gilliard, 44, of Flint, who co-owns Ingress Yugen. "If we can show solidarity from many miles away, than maybe other individuals can also have the courage to stand in support of Standing Rock." Callaghan O'Hare | MLive.com</p>

BISMARCK, N.D. (AP) — The U.S. Army Corps of Engineers has set an early December deadline for American Indians and others to leave an encampment in North Dakota where they've been entrenched for months protesting the Dakota Access pipeline. Tribes including the Standing Rock and Cheyenne River Sioux are fighting the Dakota Access project because they fear it will harm drinking water and cultural sites. Texas-based pipeline developer Energy Transfer Partners says the 1,200-mile pipeline through the Dakotas, Iowa and Illinois will be safe.

Here's a guide to the latest developments and key background about the protest:

The Corps said last week in a letter to Standing Rock Sioux tribal leader Dave Archambault that all federal lands north of the Cannonball River will be closed to public access Dec. 5 for "safety concerns." The order includes the sprawling encampment called Oceti Sakowin, or Seven Council Fires camp, that's a living protest against the four-state $3.8 billion pipeline.

The Corps cited North Dakota's oncoming winter and increasingly contentious clashes between protesters and police. The agency says "it has no plans for forcible removal," but anyone on land north of the river after the deadline will be trespassing and may be prosecuted.

The Corps said "more dangerous groups have joined this protest and are provoking conflict in spite of the public pleas from tribal leaders."

The agency previously had said it would not evict protesters due to free speech reasons.

The Corps' letter came after residents in the area expressed feeling unsafe and frustrated with how the protest has swelled to scores of self-described "water protectors." North Dakota officials contend that the Corps should not allow people to be on the land without a permit.

More than 525 people from throughout the country have been arrested since August. In a recent clash between police and protesters near the path of the pipeline, officers used tear gas, rubber bullets and large water hoses in freezing weather. Organizers said at least 17 protesters were taken to the hospital, some for hypothermia and one for a serious arm injury. One officer was injured.

The Oceti Sakowin camp is the overflow from smaller private and permitted protest sites nearby and began growing in August. It's been called the largest gathering of Native American tribes in a century.

Standing Rock tribal members and other Native Americans believe the land with the encampment is rightly owned by the Sioux through a more than century-old treaty with the U.S. government.

Protest organizers said they don't intend to leave or stop their acts of civil disobedience.

Energy Transfer Partners got federal permits for the pipeline in July, about two years after it was announced. The pipeline is projected to move a half-million barrels of crude oil daily to an existing pipeline in Patoka, Illinois, for shipment to Midwest and Gulf Coast markets.

Supporters say the pipeline will have safeguards against leaks, and is a safer way to move oil than trucks and trains, especially after a handful of fiery — and sometimes deadly — derailments of trains carrying North Dakota crude.

The Standing Rock Sioux, whose reservation straddles the North Dakota-South Dakota border, are suing federal regulators for approving the pipeline. They have challenged the Corps' decision to grant permits at more than 200 water crossings and argue that the pipeline less than a mile upstream of the reservation could affect drinking water for more than 8,000 tribal members and millions downstream.

The tribe hasn't fared well in court. A federal judge in September denied its request to block construction of the entire pipeline. An appeal is pending.

The nearly 1,200-mile pipeline is largely complete except for a section that would pump oil under Lake Oahe, a Missouri River reservoir in southern North Dakota.

The Corps of Engineers in July granted Energy Transfer Partners the permits needed for the crossing, but the agency decided in September that further analysis was warranted given the tribe's concerns. Since then, the Corps has called for even more study and tribal input.

The company responded by asking U.S. District Judge James Boasberg to declare that it has the right to lay pipe under Lake Oahe. The judge isn't likely to issue a decision until January at the earliest.

President Barack Obama earlier this month raised the possibility of rerouting the pipeline, and Archambault has said that would be acceptable to the tribe provided the new route isn't near the reservation. But Energy Transfer Partners CEO Kelcy Warren told The Associated Press that that the pipeline won't be rerouted and the company has no alternative than to stick to its plan.

President-elect Donald Trump holds stock in Energy Transfer Partners. Pipeline opponents worry that Trump's investments could affect any decision he makes on the project as president.