Charges against Matthew Dolloff expected to be filed Monday 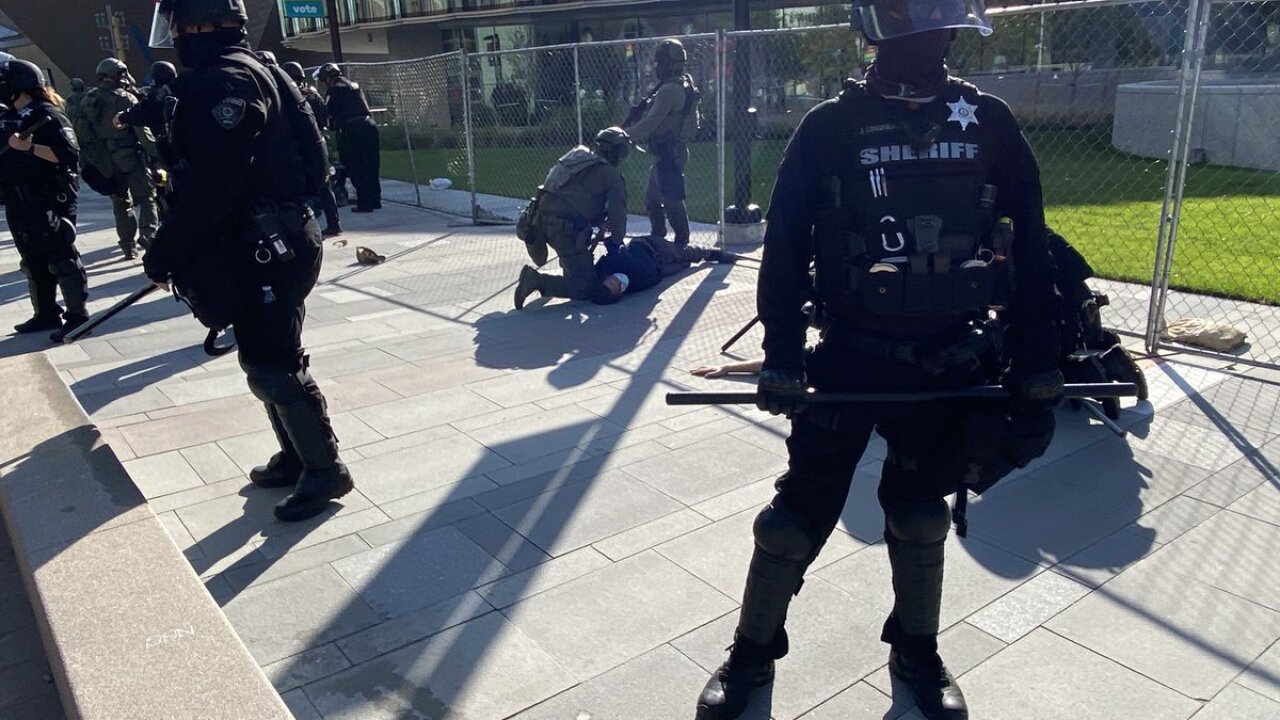 DENVER, Colo. — Matthew Dolloff, the man accused of shooting Lee Keltner while acting as a security guard outside of a protest in Denver last Saturday, will be charged with second-degree murder.

The Denver District Attorney's Office said formal charges against the 30-year-old Dolloff would be filed Monday.

Lee Keltner, 49, was leaving the Denver's Civic Center Park when he and Dolloff got into an alleged altercation that ended with Dolloff shooting Keltner, according to witnesses, video, photos and an arrest affidavit.

There had been a “Patriot muster” in nearby Civic Center Park and a competing “BLM-Antifa Soup Drive,” as it was branded, in the hours before the incident.

Dolloff faces between 16 and 48 years in prison if he is convicted of second-degree murder, the district attorney’s office said.

Dolloff was working as a private security guard who was hired by Denver NBC affiliate 9News through Pinkerton, though Pinkerton said in a statement Monday that Dolloff “is not a Pinkerton employee but rather a contractor agent from a long standing [sic] industry vendor” and that it would cooperate with the investigation.

9News management said in a new statement Tuesday that it had also asked of Pinkerton that the guards it supplied not be armed. The news outlet also released video shot from a producer's cell phone showing the moments before and after the shooting.

“As stated yesterday, 9NEWS does not contract directly with individual security personnel. 9NEWS contracted with Pinkerton and had directed that security guards accompanying our personnel not be armed. None of 9NEWS’ crew accompanied by Mr. Dolloff on Saturday were aware that he was armed,” management said in a statement.

Dolloff was not licensed to operate as a security guard or to carry a gun on the job within the city of Denver. Security guards operating with a license face potential penalties of up to $999 and a year in jail.

Elbert County authorities confirmed Monday that Dolloff was issued a concealed handgun permit in June 2018. He was cleared through CBI at that time. Elbert County Sheriff Tim Norton said he has suspended Dolloff's permit until the issues are resolved in Denver.

The Denver City Attorney’s Office said in a statement Monday afternoon that the suspect in Saturday’s shooting, as well as potentially Pinkerton, 9News and others, could face “possible repercussions” because the suspect lacked a proper license.

Dolloff’s family attorney, Doug Richards, told our partners at The Denver Post in an interview Monday that Dolloff feared for his safety and acted in self-defense. Richards has so far declined interview requests from Denver7.

This article was written by Blayke Roznowski for KMGH.