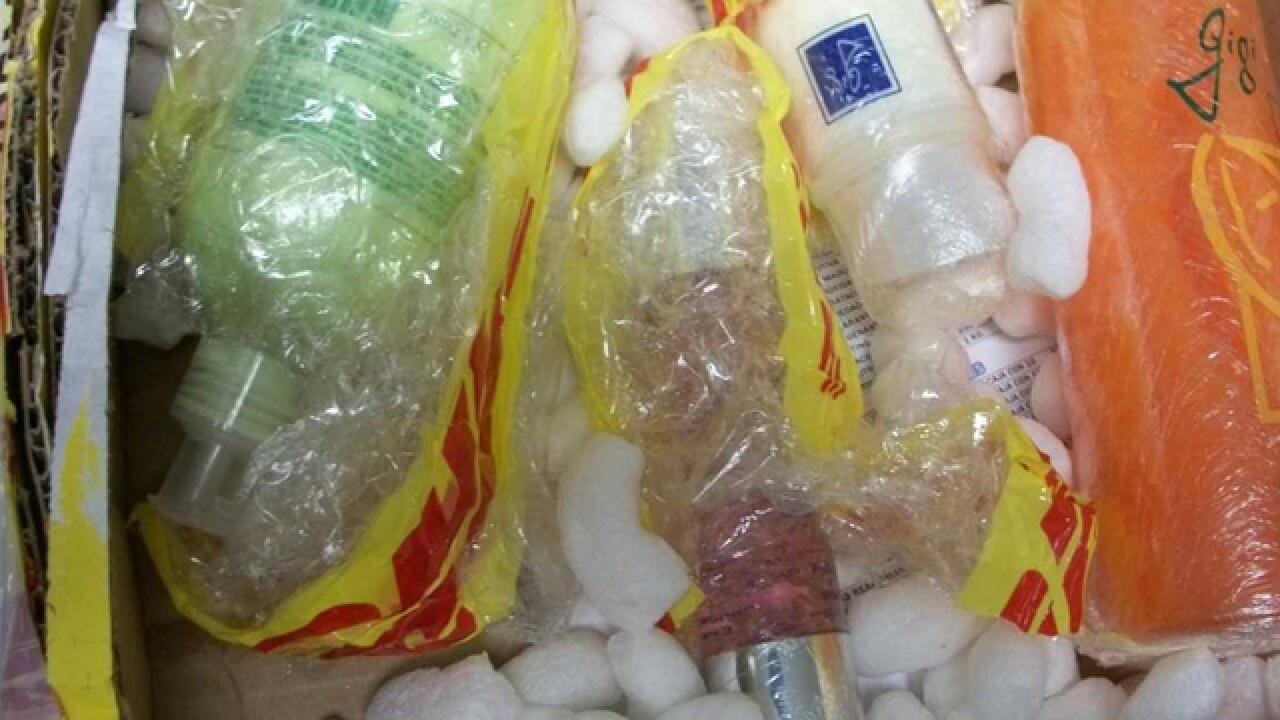 The package was listed as "massage oil," authorities said in a news release. It was shipped from Morelos, Mexico and was being sent to a home in the Bronx, New York when officers intercepted it at a cargo facility in Cincinnati on Oct. 11.

The same day, officers also found four shipments of cocaine, each more than 4 pounds, being shipped from various Central American countries to people in West Virginia, Pennsylvania and New York, Customs and Border Protection said in a news release.

"These types of seizures exemplify our officers' dedication to the CBP mission of intercepting dangerous and illegal narcotics," Joshua Shorr, the Cincinnati port director, said. "I commend our officers and specialists for the work they do every day to make our communities safer."