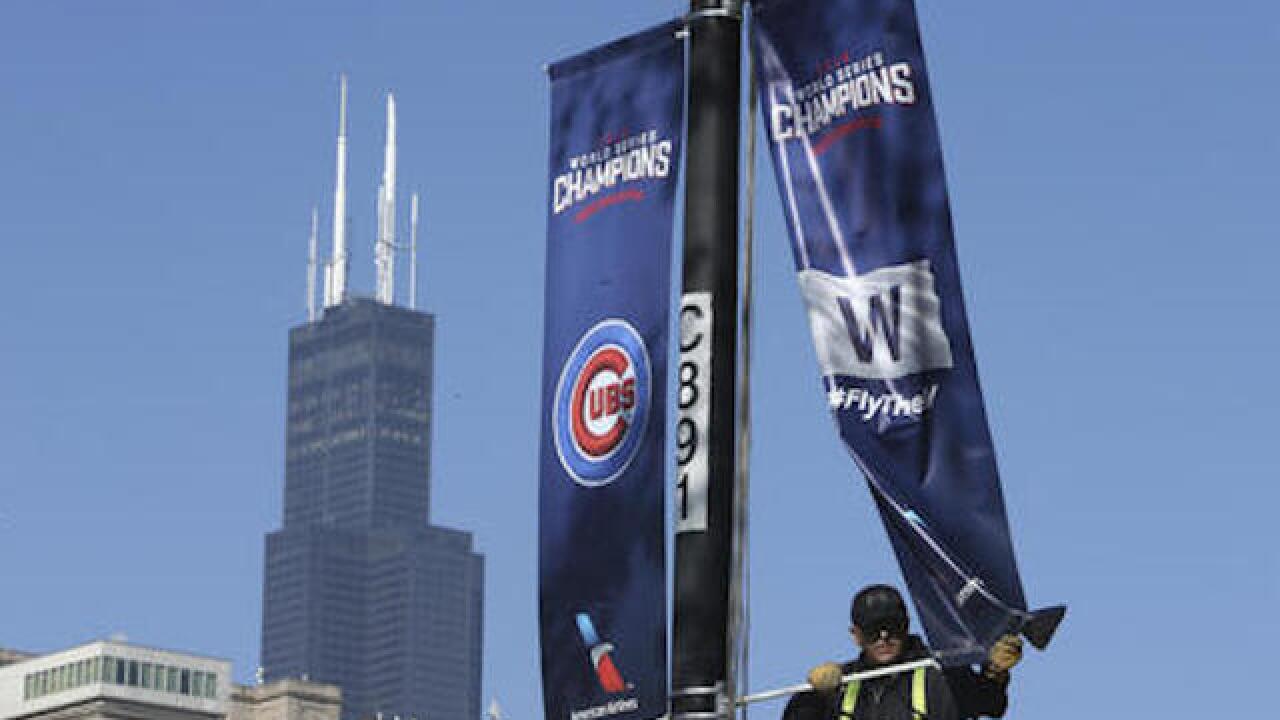 CHICAGO (AP) — Tens of thousands of Chicago Cubs fans poured into the city Friday ahead of a parade and rally honoring the World Series champions, with troves of jersey-clad fans standing shoulder-to-shoulder in downtown's sprawling Grant Park and along miles of city streets.

Crowds near Wrigley Field were several people and congratulatory-signs deep as Cubs players prepared to leave the historic ballpark for a parade marking the team's first World Series title since 1908. Fans packed morning commuter trains, causing delays despite increased service and capacity, while draped in the Cubs' white and blue "W'' victory flags before 7 a.m.

Laurie Winter woke up at 4 a.m. so she and her 2-year-old son, Cooper, could come in from the suburb of South Elgin and be among the fans outside Wrigley Field to see the players.

"I think everyone is excited about where this team is going," Winter said. "We can't wait to see them come out and get crazy."

The parade will wind through downtown and end roughly 7 miles south in Grant Park, where a rally is expected to start around noon. The city also dyed the Chicago River a bright shade of blue to match the Cubs' colors, repurposing a decades-long tradition of dying the river green on St. Patrick's Day.

A victory party is new territory for long-suffering fans of the Cubs, who hadn't won a World Series title in 108 years before their Game 7, extra-inning thriller in Cleveland on Wednesday night. The last time the Cubs even reached the Fall Classic was in 1945.

It's unclear how many people will attend Friday's parade and rally. The city estimates that 2 million people attended similar events in 2015, after the Chicago Blackhawks won their third Stanley Cup in six years — but generations of Cubs fans have far more pent-up celebrating to do.