Cruz, Sanders face off on Obamacare during town hall 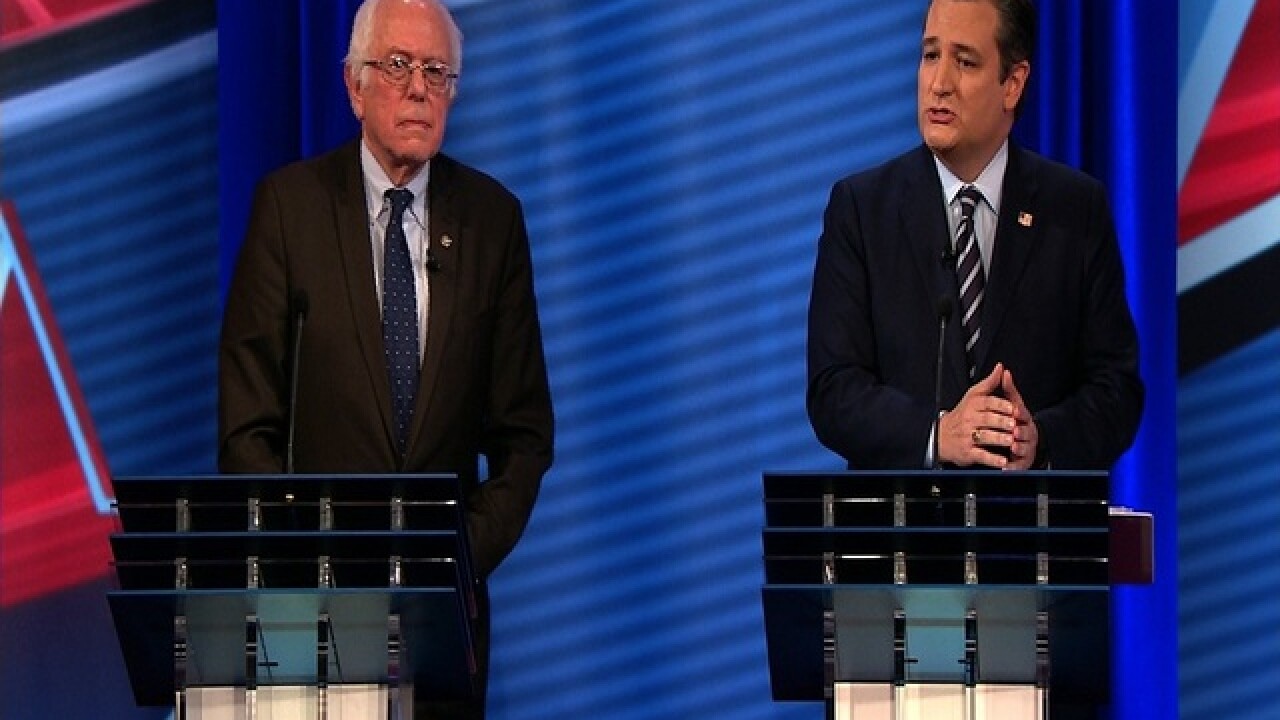 Copyright 2017 Scripps Media, Inc. All rights reserved. This material may not be published, broadcast, rewritten, or redistributed.
CNN
<p>Ted Cruz and Bernie Sanders -- two senators with diametrically opposed views of government's role in health care -- are faced off at a CNN town hall debate over the future of Obamacare.</p>