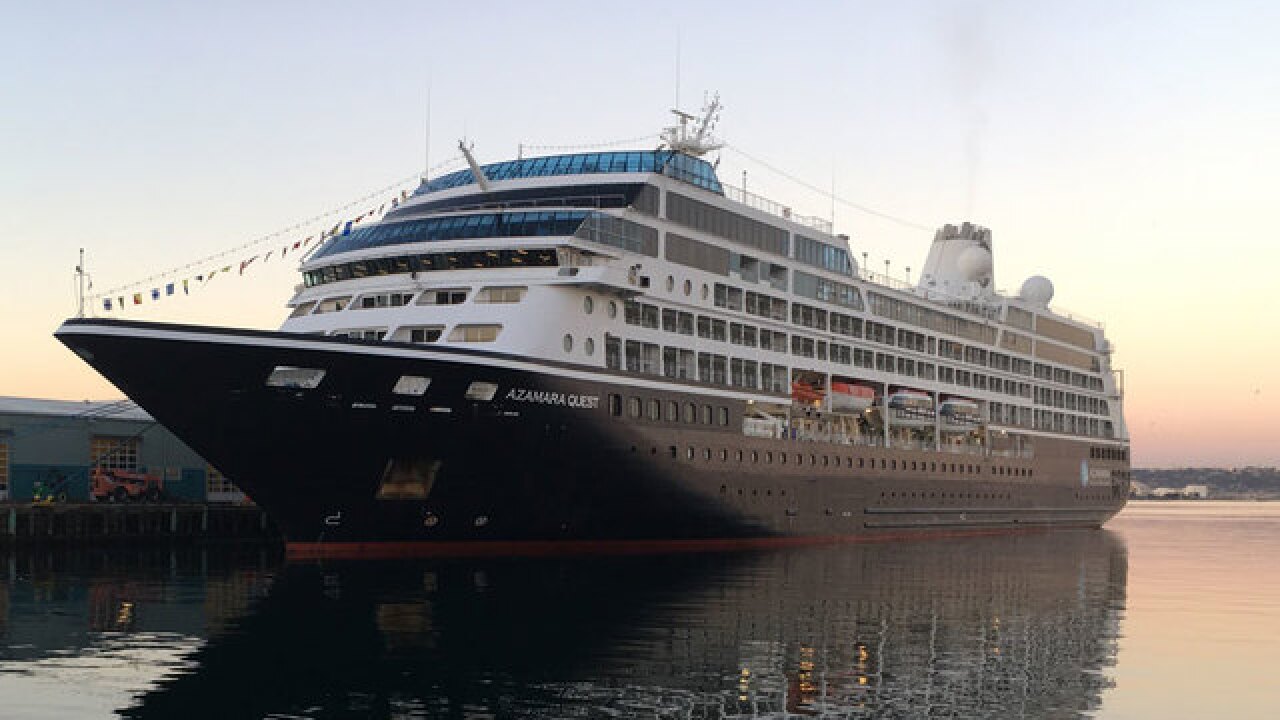 Editor's note: In a previous version of this story the Port of San Diego originally indicated the passengers had been sickened with norovirus. It has not been confirmed that the passengers have the norovirus. The E.W. Scripps Company apologies for the error in our reporting.

On Wednesday, San Diego Port officials confirmed that several passengers on board the Azamara Quest were sick with a gastrointestinal virus. The CDC is testing for possible norovirus contamination.

Royal Caribbean officials said those with the virus have responded well to medication.

The ship was on the last stretch of a 15-day, 14-night, one-way cruise from Costa Rica to San Diego. The trip included eight stops, with the last port in Cabo San Lucas four days ago.

If norovirus is confirmed, it can cause severe vomiting and diarrhea. It's also highly contagious and commonly spread through contaminated food or water.

Avoiding the illness can be difficult for passengers on a cruise ship since there are close living quarters, shared dining areas and a rapid turnover of passengers.

The Azamara Quest holds up to 781 passengers and 408 crew.

At this time, it's unclear how the outbreak started.

Officials say the ship is maintaining its schedule and will be thoroughly cleaned before departing Thursday afternoon for the next cruise.