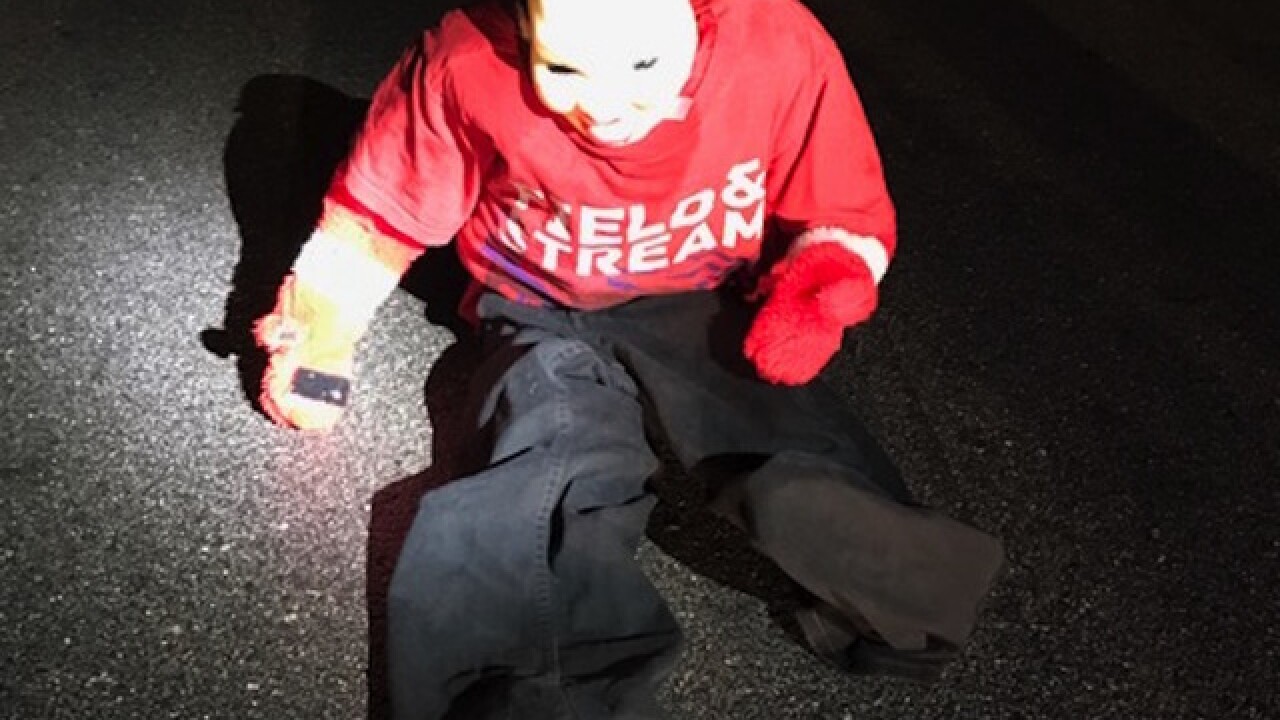 Cataret County Sheriff's Office
<p>This dummy, dressed in a child's clothing, was left on a roadside in Cataret County, North Carolina and used to fool a driver into stopping her car, according to investigators.</p>

Three kids were taken into custody after police said they left a clothed dummy on a North Carolina roadside in hopes someone would run over it and think they hit a person.

The Carteret County Sheriff's Office reported Thursday that three juveniles, ages 10, 14 and 17, were caught after receiving tips from people in the community.

The dummy made news on Wednesday when investigators said a woman was lured to stop her car after seeing what she thought was a person at the side of the road. A release from the Carteret County Sheriff's Office said the woman was scared away when "two young white males wearing dark hoodies pulled on the door handles of her locked vehicle" after she pulled over near the dummy.

On Thursday, when deputies caught the kids responsible, the sheriff's office reported that the kids set the dummy up as a prank. "They set up the dummy in hopes that someone would run it over and think they hit a real person and 'freak out,'" investigators said the kids told them.

It's unclear whether the juveniles will face charges.