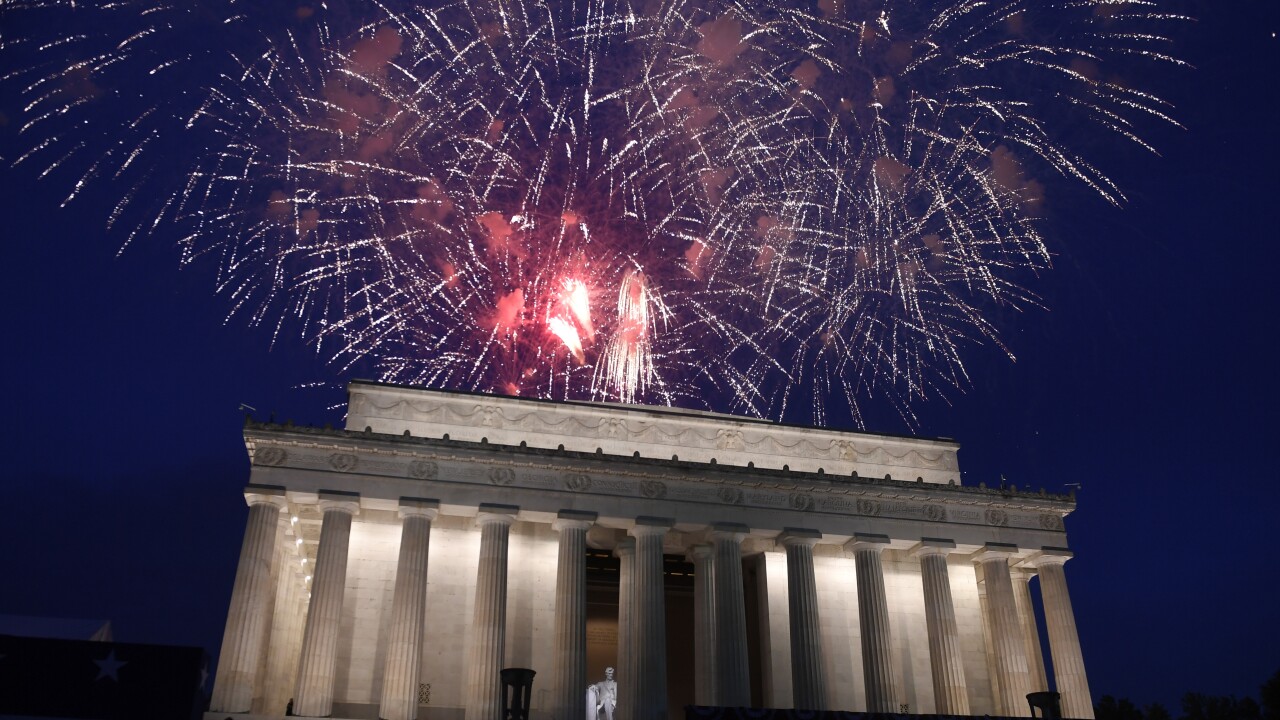 Copyright 2019 The Associated Press. All rights reserved.
Susan Walsh/AP
FILE - In this July 4, 2019 file photo, fireworks go off over the Lincoln Memorial in Washington, Thursday, July 4, 2019. The Trump administration is promising one of the largest fireworks displays in recent memory for Washington on July 4. It also plans to give away as many as 300,000 face masks to those who come down to the National Mall, although they won't be required to wear them. (AP Photo/Susan Walsh)

The Trump administration is promising one of the largest fireworks displays in recent memory in Washington on July Fourth.

It also plans to give away as many as 300,000 face masks to those who come down to the National Mall for the festivities, although they won't be required to wear them.

This is despite concerns from D.C. Mayor Muriel Bowser, who warns that the plans run counter to established health guidelines.

Interior Secretary David Bernhardt on Wednesday detailed President Donald Trump's plans for Independence Day in the nation's capital and said they include a mile-long detonation of 10,000 fireworks.

Trump and first lady Melania Trump plan to host events on Saturday from the White House south lawn and from the Ellipse.

Additionally, military planes will conduct flyovers in a handful of major cities along the East Coast as part of this year’s July Fourth celebration.

The Pentagon says roughly 1,700 service members will support a salute to the “Great Cities of the American Revolution.” The flyovers will begin in Boston and proceed to New York City, Philadelphia and Baltimore.

Washington has held an Independence Day celebration for decades, featuring a parade along Constitution Avenue, a concert on the Capitol lawn with music by the National Symphony Orchestra and fireworks beginning at dusk near the Washington Monument.

President Donald Trump plans to kick off Independence Day festivities with a showy display at Mount Rushmore the day before.

When he speaks at the Mount Rushmore, he’ll stand before a crowd of thousands of people who won't be required to socially distance or wear masks despite the coronavirus pandemic.

The event will include fighter jets thundering over the 79-year-old stone monument in South Dakota’s Black Hills and the first fireworks display there since 2009.

Public health experts are warning of the risk that it could help the coronavirus to spread. And others say the fireworks will put the forest around the monument at risk to wildfires.