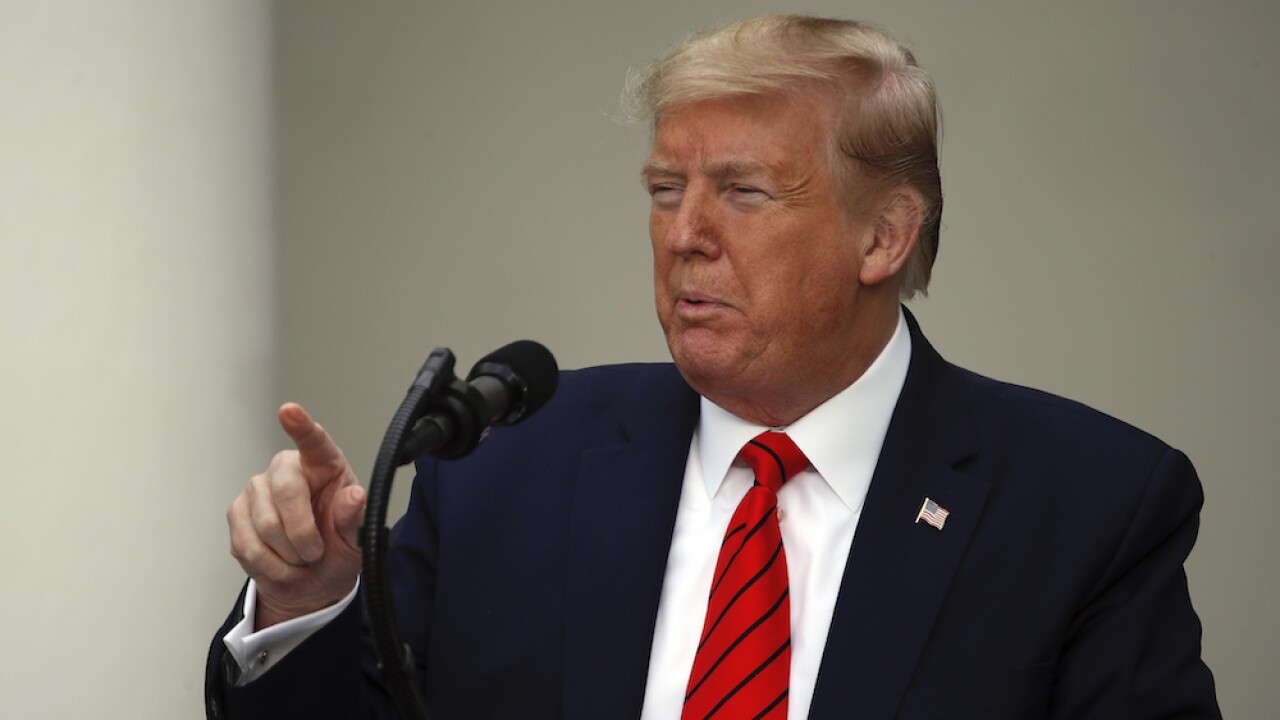 Copyright 2020 The Associated Press. All rights reserved.
Alex Brandon/AP
President Donald Trump speaks about the coronavirus during a press briefing in the Rose Garden of the White House, Monday, May 11, 2020, in Washington. (AP Photo/Alex Brandon)

In a letter sent to the World Health Organization (WHO) head Tedros Adhanom Ghebreyesus, President Donald Trump threatened to pull funding to the organization permanently over what Trump said was an insufficient response to the pandemic.

In Trump's letter, which he shared on his Twitter page, he threatened to stop all future payments to the WHO if the organization did not make "substantive improvements in the next 30 days."

Trump has been critical of the WHO's handling of the coronavirus pandemic, accusing the organization of "always on the side of China."

Earlier this year, Trump announced he was freezing payments to the WHO, pending a review of the organization's handling of the coronavirus.

Health experts in America and around the world have criticized Trump's decision to freeze funding to the WHO amid the pandemic.

This is the letter sent to Dr. Tedros of the World Health Organization. It is self-explanatory! pic.twitter.com/pF2kzPUpDv

"This is a short-sighted decision which will be disastrous for the agency," Devi Sridhar, a global health expert at the University of Edinburgh, told Science Magazine in April. "We need the WHO more than ever to support all countries, especially low- and middle-income ones."

According to NBC News, the U.S. provides more funding than any other country, sending about $500 million a year to the WHO. That represents about 15 percent of the organization's budget.

Trump's letter was sent as the organization is holding a World Health Assembly — a meeting to which it did not invite Trump. On Monday, the WHO agreed to launch an internal investigation into how the organization handled the pandemic. According to NBC News, Tedros had previously said the organization would review its response, but not until the threat from the coronavirus subsides.