Teachers in one community feared that families of students who get free and reduced school meals, are falling on hard times during the coronavirus outbreak. So, they decided to do something about it. 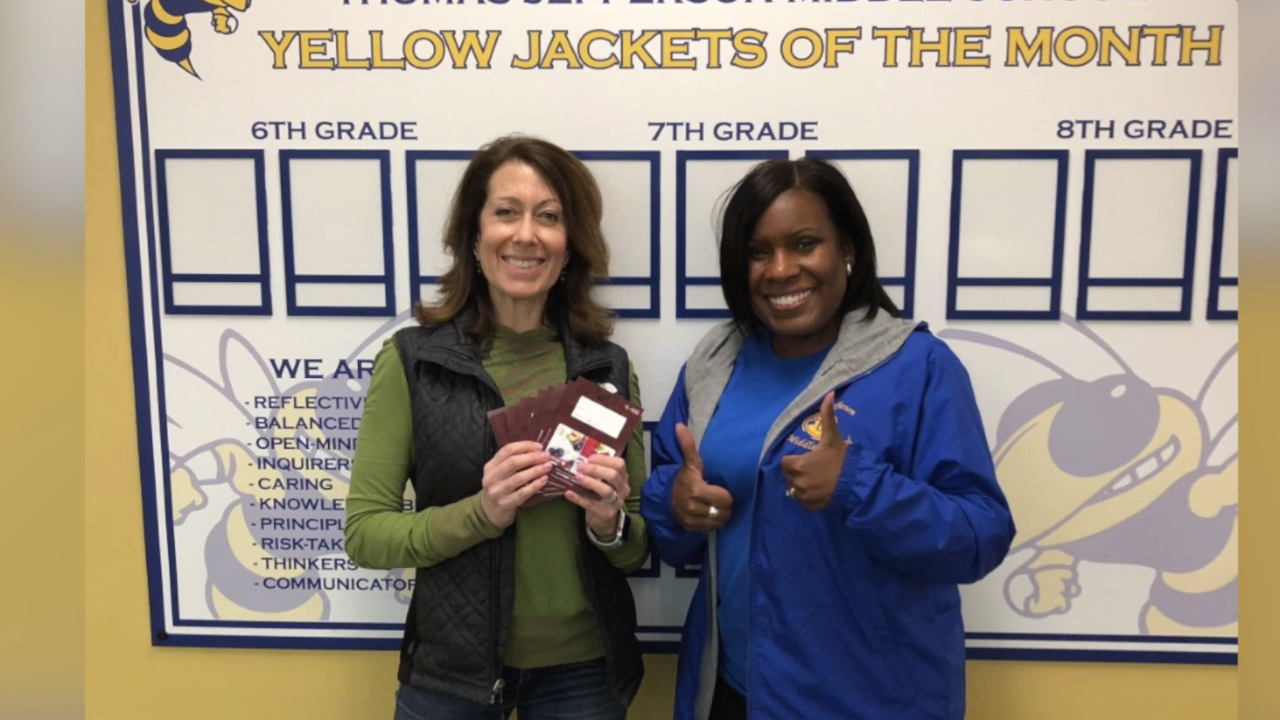 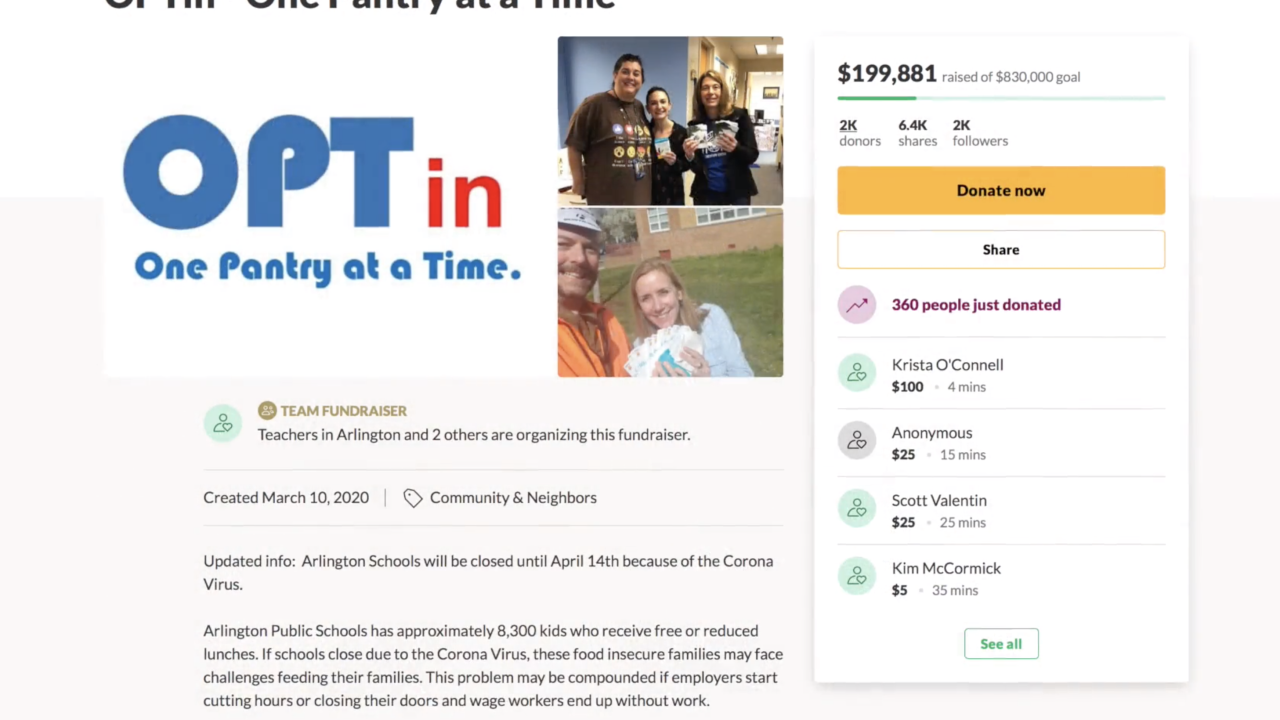 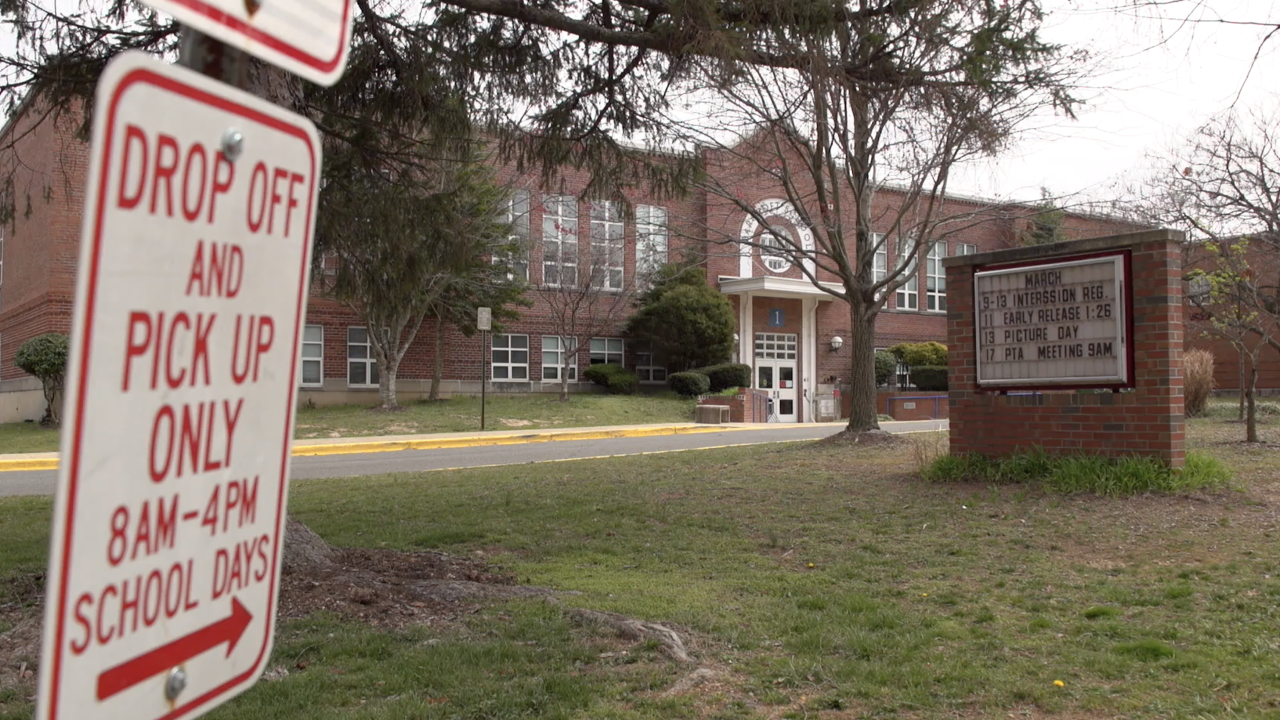 ARLINGTON, Va. – As coronavirus closes schools across America, those campuses are engulfed in silence.

It’s a worrisome reality that Justine Springberg feels for her students.

“I have the students who are almost all of them receive free and reduced lunch,” said Springberg, a teacher at Yorktown High School in Arlington, Virginia.

About 25% of the students in that district receive free or reduced meals at school. Districts across the country have tried to get food to students by making breakfast and lunch meals available to go each day, instead of serving them in the cafeteria, as they would during the school year and summer.

Despite those district efforts to still provide those meals, though, some teachers feared for the students’ families.

“We just picked up the phone and started talking to each other and she said, ‘you know, I really think that this is going to be not enough. I'm very afraid for my students.’ and I said, ‘ditto,’” said Laurie Vena, another teacher in Arlington, VA.

So, they decided to take action by raising money via a GoFundMe page, named “OPTin” – One Pantry At a Time – to get grocery store gift cards to those students and their families in need. The concern: parents working hourly jobs that have been cut back – or laid off altogether – may be putting the ability of those families to get food at risk.

“They're losing all of their money now,” Vena said. “They've got nothing coming in. So, for us, this was what do we need to do.”

Partnering with the school principals in Arlington, the teachers are working on getting a $100 grocery store gift card into the hands of all 8,300 students who get free and reduced school meals.

It’s not an official school district fundraiser – just something these teachers took it upon themselves to do. They document, via photograph, each time they meet with a school principal at the school, to hand them the gift cards for distribution.

“I think as soon as people saw that there was an opportunity to help those in need, they jumped on it,” Springberg said. “And I know that there are communities all over the country with like-minded people, who really just need some direction and to know how they can easily help the less fortunate.”

It’s an idea they hope spreads beyond their community.

For more information on the work they are doing, click here .