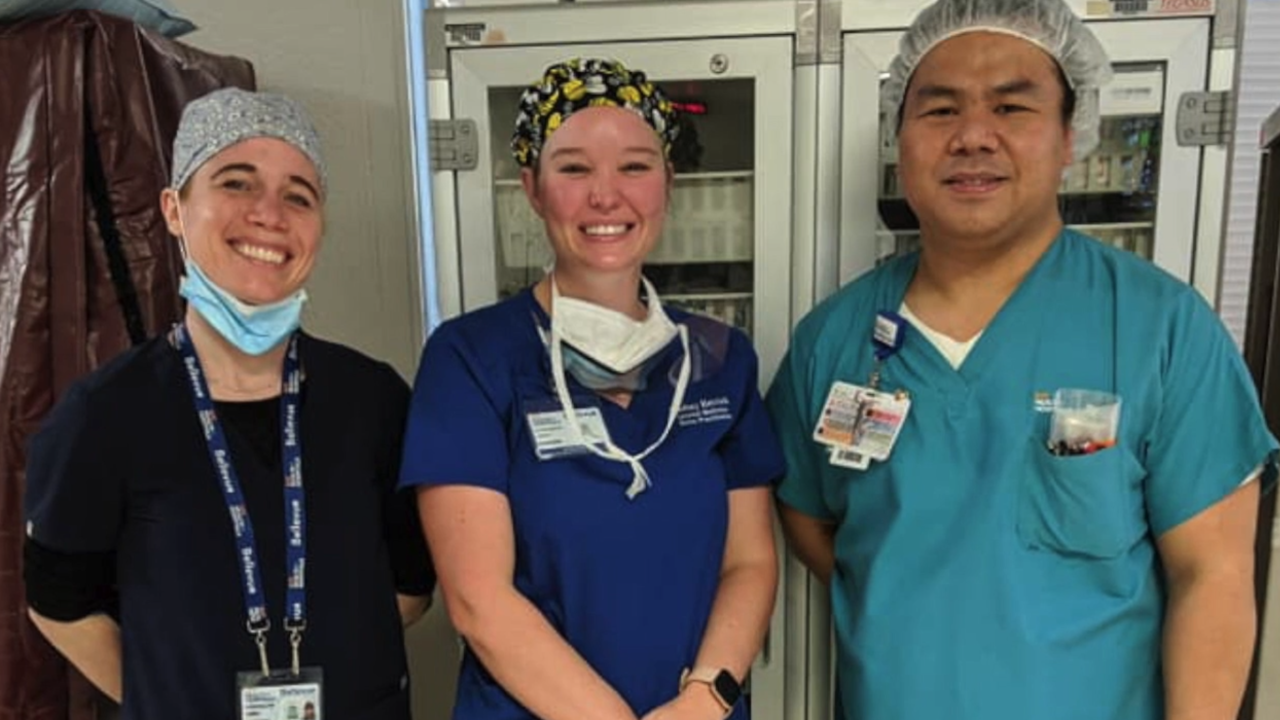 NEW YORK – A nurse practitioner from Florida says she felt a calling to go to work in New York City, the epicenter of the coronavirus pandemic.

Hetrick left her home, her wife and three children in Panama City to spend two weeks in New York, working the nightshift in the ICU of a Manhattan hospital.

Hetrick says her colleagues in the Big Apple opened their arms up to her and thanked her for coming.

She was part of a group of hundreds of nurses from all over the country who traveled to the Northeast to help.

“None of us knew each other before any of this, but 2 a.m. every morning, we would meet and eat and decompress and vent and laugh and cry and it was an awesome little group of people,” said Hetrick.

She says the agency that took care of them and New Yorkers were equally as caring.

“They spoiled us so much,” said Hetrick. “They checked on us all the time. They had therapy dogs in the hotel for us to love on and get the love tank filled up a little bit, that connection feeling.”

Disasters are no stranger to Hetrick.

“When you're on the third story of a building and you think the roof is being ripped off and all the windows are bursting in, nobody took off and ran,” said Hetrick of her experience working during hurricanes.

She spent five days straight inside a Panama City hospital that eventually lost its plumbing and had to be evacuated after Hurricane Michael .

“It seems like pandemics or natural disasters or high stress, health care workers always seem to do the same thing. I’ve seen it in both places. Everybody just kind of comes together and you get through it and you go into survival mode.”

Hetrick says the hurricane perhaps was part of a larger plan that she didn’t realize at the time.

“It’s funny, I remember saying to myself when all that happened, you know if I ever have the chance to give this back to a nurse that needs to go home and take care of their families, I’ll do it, I’ll be there,” she said. “We're not heroes we're just nurses and we're tired so give us some love.”