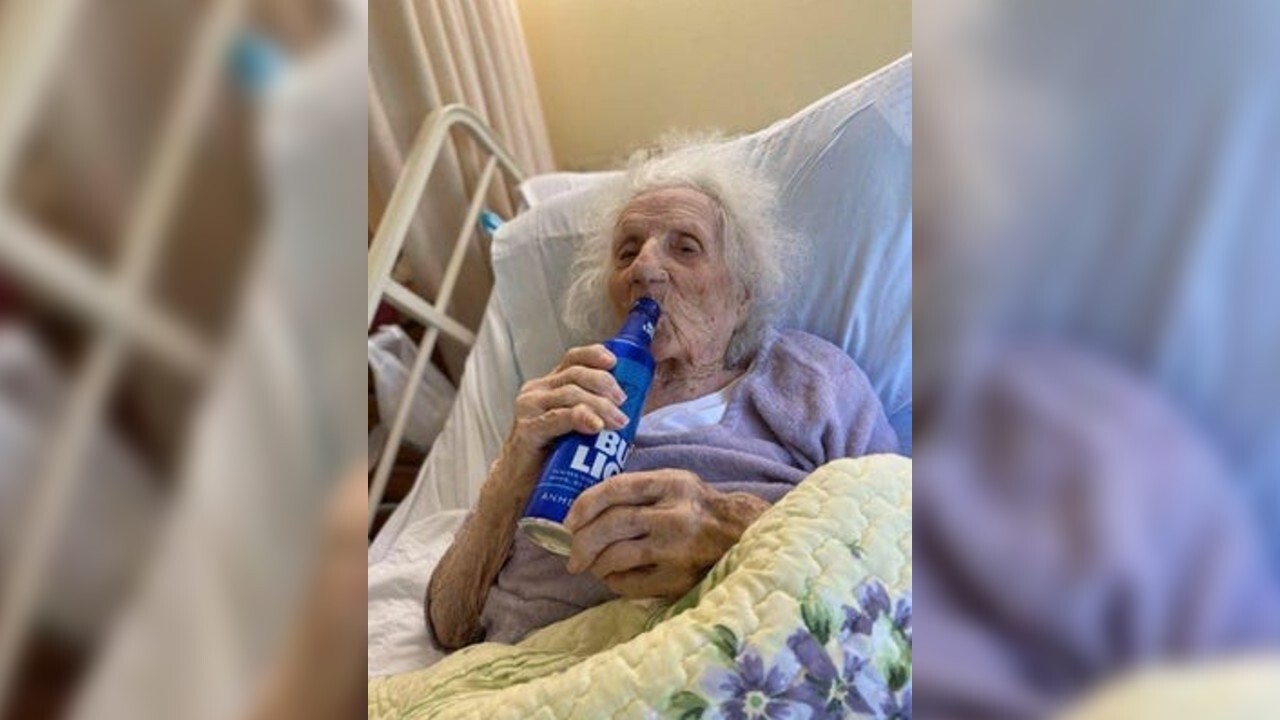 EASTON, Mass. – A 103-year-old woman in Massachusetts recently recovered from COVID-19 and celebrated with an ice-cold beer.

Jennie Stejna was the first resident of her nursing home to test positive for the novel coronavirus, her granddaughter, Shelley Gunn, told USA Today.

Stejna’s condition worsened and she became very ill, so Gunn says the family called her to say what they thought were their final goodbyes.

However, things took a turn for the better and on May 13, Gunn learned that Stejna had recovered.

To celebrate, the staff taking care of Stejna gave her a frosty Bud Light, which Gunn says her grandmother loves and hadn’t had in a long time.

According to Gunn, Stejna was also the first person from her nursing home to recover from COVID-19. She says the facility still has 33 cases of the illness.

Gunn says her grandmother has lived all her life in Massachusetts and she told USA Today that she’s a “hardcore Boston sports fan.”