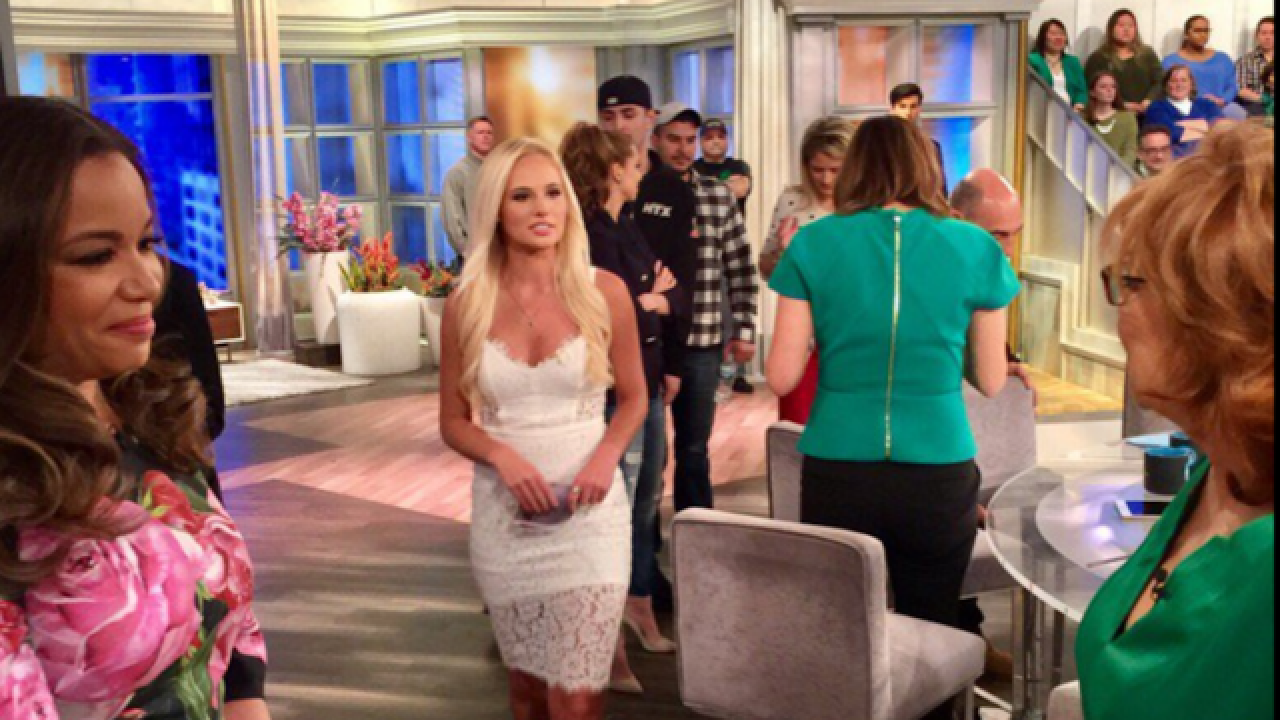 Tomi Lahren, a host on the conservative network The Blaze, has faced some backlash in recent days after saying she supports a women's choice to have an abortion during Friday's episode of the ABC show "The View."

Now that backlash has caused her to be suspended by The Blaze for one week, according to a CNN report. Leon Wolf, the managing editor of The Blaze, told CNN that Lahren's show would not be in production this week, but would not comment further.

Glenn Beck, who helped found The Blaze, issued his response to Lahren's appearance on "The View."

"I would disagree that you’re a hypocrite if you want limited government and yet you want the government to protect life of the unborn. It’s very, very clear," Beck said.

Citing a past segment from Lahren, Beck said that she has changed her stance on abortion. Beck said he welcomes people with different opinions to work for him.

"Freedom of speech, it’s not free. Speech isn’t free," Beck said. "It comes with a very high price tag. First, being intellectually honest and intellectually curious. Speech is not free. It comes with another cost and usually to the other people at the other end of your argument. The pen is mightier than the sword, and it can destroy people if your aim is clicks, views, and ratings."

Lahren's stance on abortion differs from President Donald Trump, who Lahren supported in the recent election. During the 2016 campaign, Trump vowed to appoint a pro-life Supreme Court justice.

Immediately after her appearance on "The View," Lahren faced immediate backlash from pro-life conservatives.

One Twitter user wrote to Lahren, "You lost all credibility with the pro choice comment." Another wrote, "She claims to be conservative. She isn't. Credibility gone."

But Lahren took the comments in stride.

"I speak my truth. If you don't like it, tough. I will always be honest and stand in my truth," Lahren wrote on Saturday.

"I have moderate, conservative, and libertarian views. I'm human. I will never apologize, to anyone, for being an independent thinker," she added.

Lahren, 24, has more than 4 million Facebook likes, and her videos on the social media platform are frequently viewed by more than 1 million users.