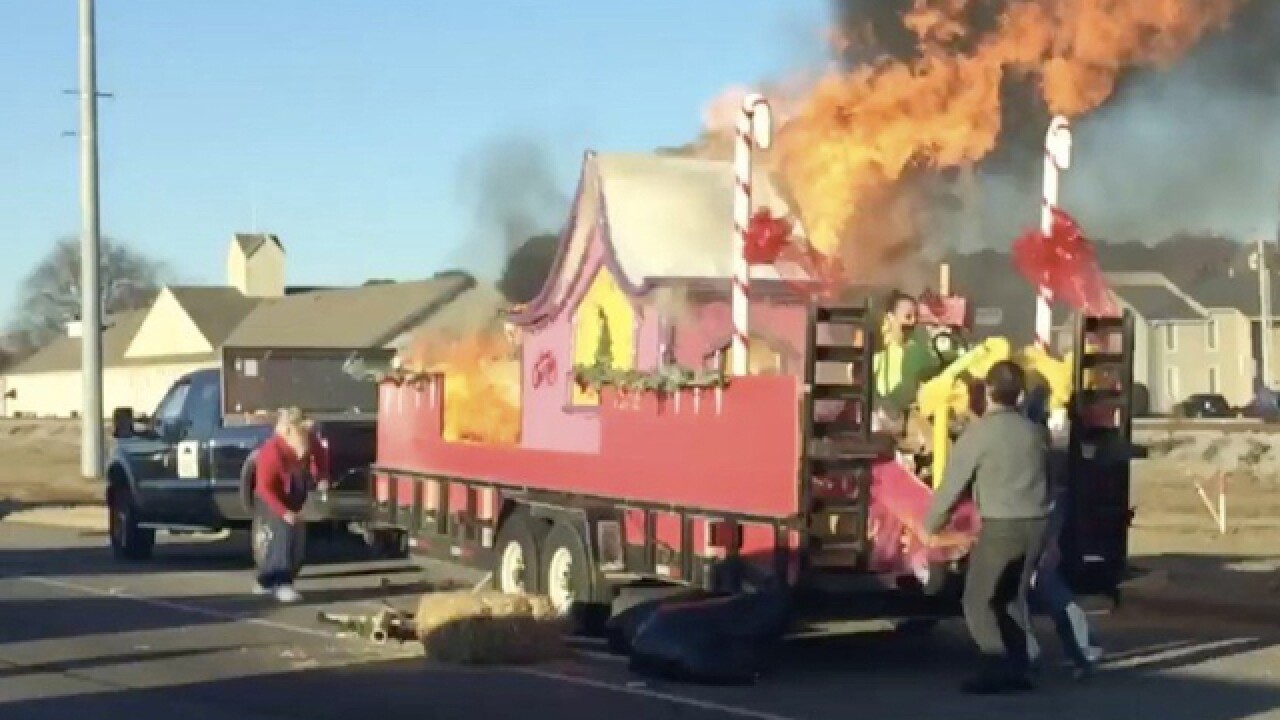 CNN via WHNT
<p>A "Whoville" themed Christmas parade float went up in flames after somebody flicked a cigarette onto a flammable part of it.</p>

You're a mean one, Mr. Grinch.

A "Whoville" themed Christmas parade float went up in flames after somebody flicked a cigarette onto a flammable part of it.

"It landed in the straw on our float and burned it to the ground," float owner Jeananne Jackson told CNN affiliate WHNT on Thursday.

The float didn't even make it to the Huntsville, Alabama, parade.

Amanda Dix and her family were driving and saw something on fire on the side of the road.

"We saw Santa trying to get the trailer off the back of the truck," Dix told CNN.

The float was constructed by "Lost and Found Pets" of Hunstville — a Facebook group people can visit to be reunited with their lost pets. According to Jackson, the float cost around $1,000 and three months to construct.

"We had built a full-sized Who house with lights inside and windows that you could see trees inside. We had a smoking chimney. We worked so hard," said Jackson told WHNT.

Thankfully, the good people of Huntsville stopped to help them out.

"It looked like there were a lot of people out there helping," Dix said.