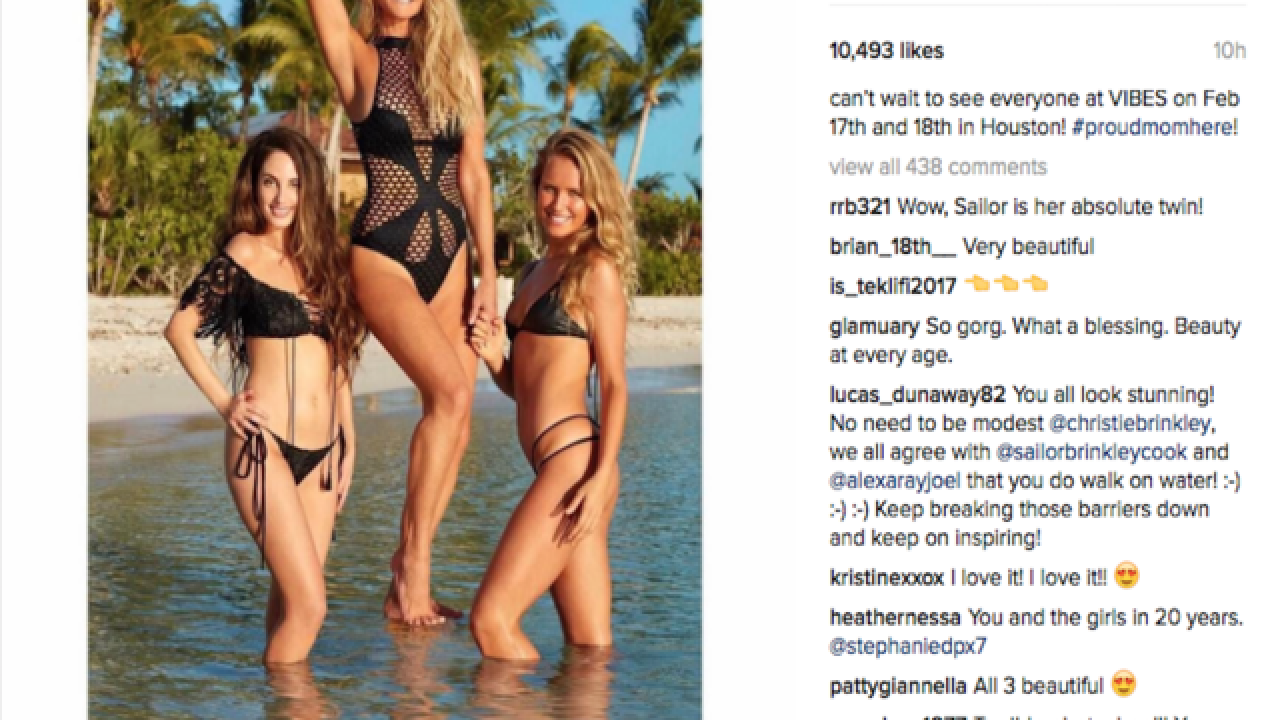 (CNN) -- Christie Brinkley has made a splash return in the latest Sports Illustrated Swimsuit issue.

Thirty-eight years after she first appeared on the cover of the coveted magazine, Brinkley is back in the pages -- this time with daughters Alexa Ray Joel, 31 and Sailor Brinkley Cook, 18.

The trio were photographed posing on the beach in Turks & Caicos.

Brinkley also gets a solo pic sporting a red bikini and called it a "full circle moment."

The 63-year-old posted the magazine photo with her daughters on Instagram Monday and wrote "thank you Sports Illustrated for sending the powerful message that good things come in packages of every size and we do not come with an expiration date!"

Joel is Brinkley's daughter with Billy Joel, and like her father, is a singer.

She shared a bikini shot with a caption about body acceptance.

"I don't have a completely flat tummy, or cellulite-free thighs... nor am I a model's height or shape," Joel wrote. "Neither are hundreds of millions of other beautiful women out there. SO WHAT."

Brinkley told People she had decided at age 30 to stop posing in bathing suits.

The opportunity to pose with her daughters made her change her mind, she said.

Yes! I am excited to announce that I am back in @si_swimsuit ..I figured with my gorgeous daughters @alexarayjoel and @sailorbrinkleycook by my side whose going to be looking at me! Oh and My kids think I walk on water, so let's not mention the apple box concealed just under the surface. For a preview check out @people.com ..and thank you Sports Illustrated for sending the powerful message that good things come in packages of every size and we do not come with an expiration date! ??psI can’t wait to see everyone at VIBES on Feb 17th and 18th in Houston! #proudmomhere!

A photo posted by Christie Brinkley (@christiebrinkley) on