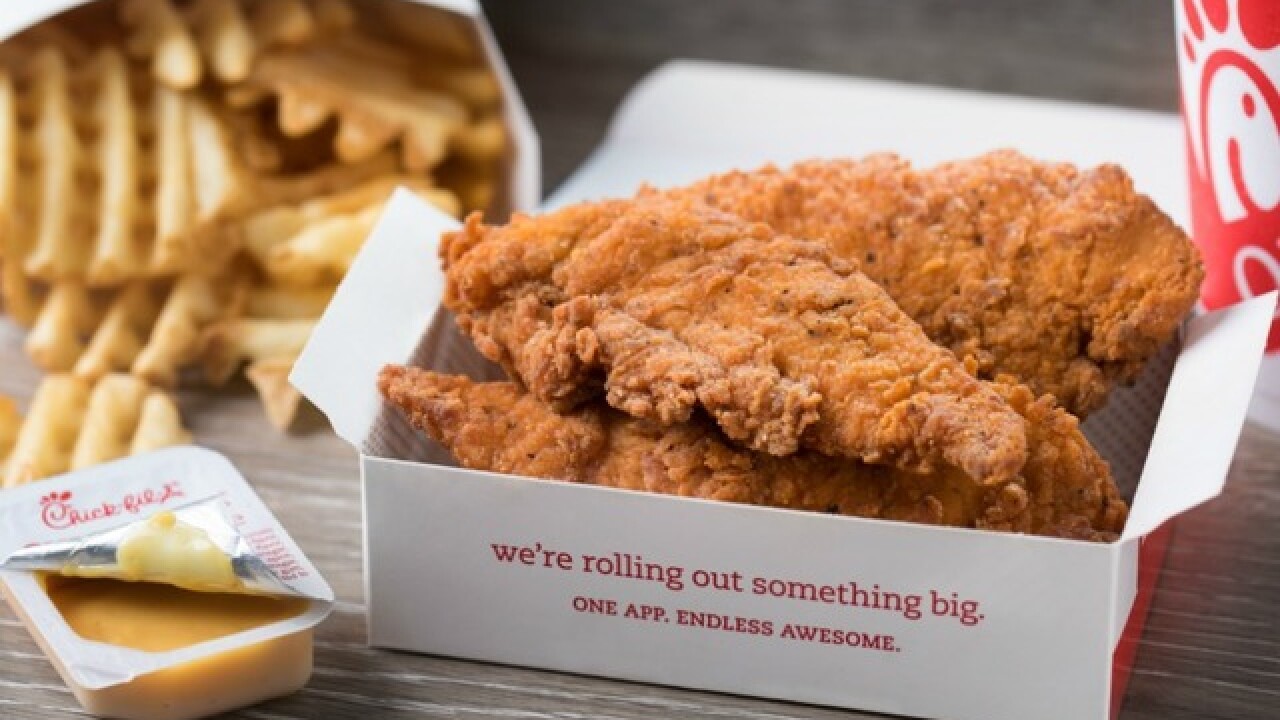 File this under the category of: So simple that no one thought of it until now.

It's generally not a good idea to eat while driving, but most of us do it anyway. In particular, our fast-food orders rarely make it all the way home. This is often true with anything related to Chick-fil-A.

Well, on Monday, a photo made its way across the Internet after someone discovered the Chick-fil-A to-go box is actually made -- intentionally or not -- in a way that makes it easier for folks on the go to eat and sip their meals.

How old were you when you found out that hole was for your straw so you could use your cup as a table ???

As it turns out, the hole in the box was apparently NOT created for this purpose. Per TMZ -- yes, TMZ got involved in this discussion -- "we're told there are 3 tabs on the back of the boxes and they're pushed in by employees to designate whether the box contains nuggets, strips or 'other.'"

So, while the hole was not made for easier eating while driving (or while performing other tasks), it's definitely nice to know. But please: continue to keep your eyes on the road.