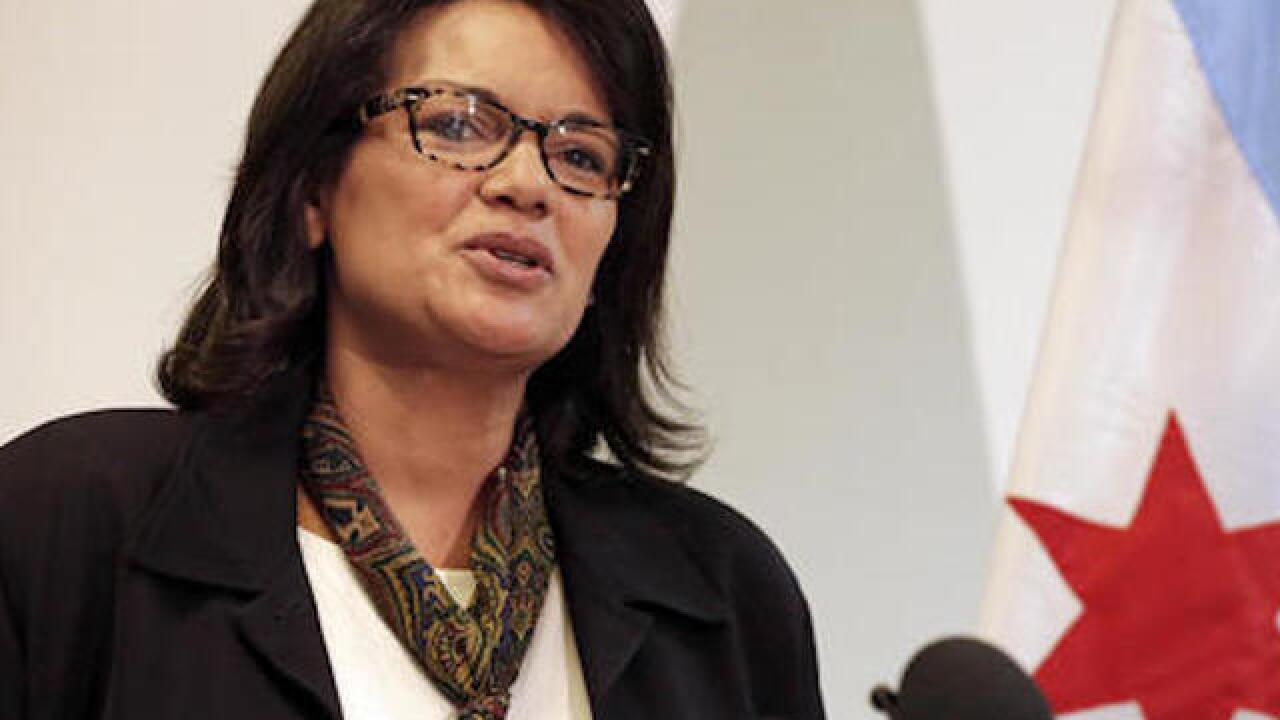 Copyright Associated Press
M. Spencer Green
<p>In this March 23, 2016 file photo, Sharon Fairley, chief administrator of the Independent Police Review Authority (IPRA) for the city of Chicago, speaks at a news conference in Chicago. IPRA says it will says that it will release videos, audio recordings and reports from about 100 Chicago Police officer-involved shootings to the public Friday June 3, 2016. The materials pertain to still-open investigations. (AP Photo/M. Spencer Green)</p>

CHICAGO (AP) — The Chicago agency that investigates police misconduct cases released more than 300 video clips Friday, along with audio recordings and police reports from 101 incidents it has investigated — the latest step by the city to restore public trust in its beleaguered police force.

The Independent Police Review Authority posted the material to its website. The video was captured by police dashcams and bodycams as well as bystanders recording on cellphones.

One video shows an officer slamming a woman face-first into the hood of a car during a party in a West Side neighborhood in July 2014. The city recently agreed to pay the woman $50,000 in a settlement. Another shows officers firing into a van and killing a man suspected of robbing an electronics store. Authorities say he struck an officer with the van.

Releasing records related to open investigations is nearly unprecedented in a city where the police department for decades had a reputation for secrecy. City Hall waited until last November, following a judge's order, to make public video from more than a year earlier showing a white police officer fatally shooting a black 17-year-old.

There was no initial indication that any of the footage was as explosive as the October 2014 dashcam video showing the death of Laquan McDonald, who was shot 16 times. Officer Jason Van Dyke was charged with first-degree murder, and a Cook County judge said Thursday he would appoint a special prosecutor to handle the case.

IPRA said not all of the videos released Friday show police shootings or other incidents. Some show officers responding to the scenes or people running away.

Craig Futterman, a University of Chicago law school professor who played a key role in forcing the city to release the McDonald video, said it's too early to know whether the latest release of material is a sign of progress.

"Decades of secrecy and institutional denial should give us reason for skepticism about this, but I look forward to seeing whether this will really be a significant step in the direction of transparency," Futterman said. "This really has the potential to mark a new day in Chicago."

In some cities, such as Seattle, nearly all police video is posted online almost immediately. But elsewhere around the country, the public often must wait months or years to gain access to the videos. In some places, the video is never released.