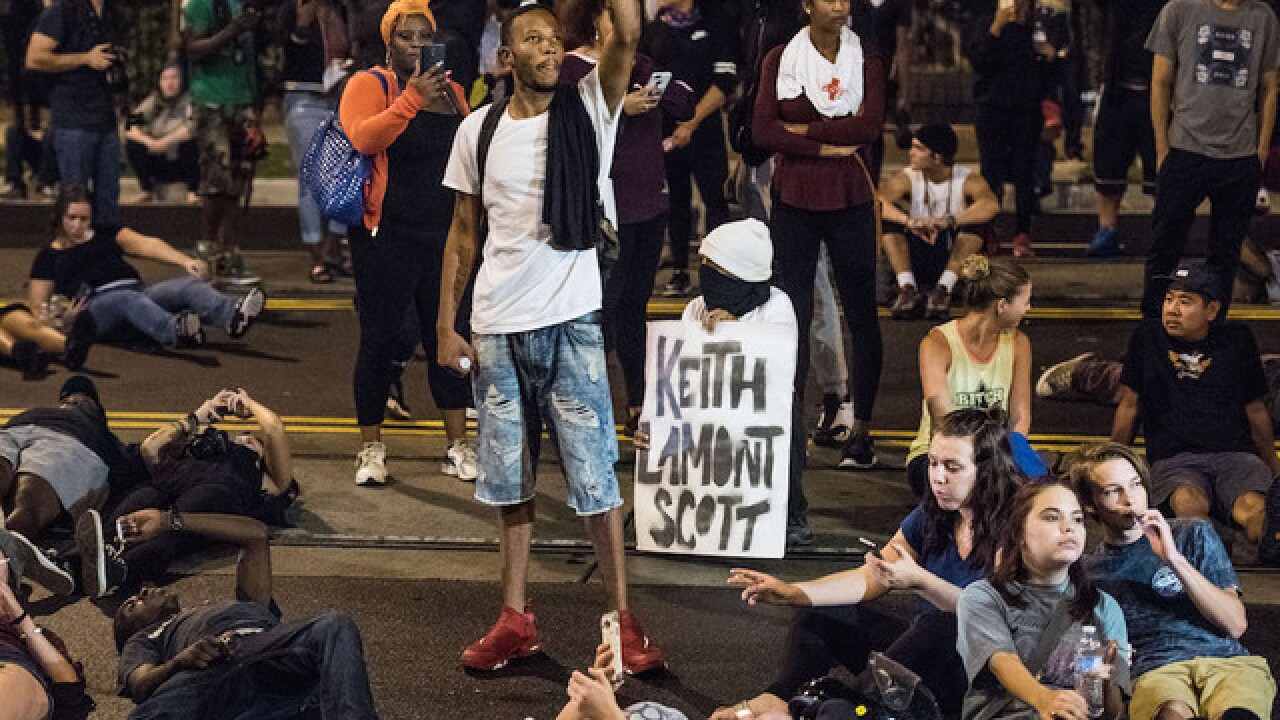 The New York Times has posted video of the deadly encounter involving police and a black man who was shot by an officer in Charlotte.

The video, posted on the newspaper's website Friday, was recorded by the wife of 43-year-old Keith Lamont Scott. The 2 ½ minute video does not show the shooting, though gunshots can be heard. Before gunfire erupts, police repeatedly tell Scott to drop a gun.

His wife tells officers at the scene repeatedly that he doesn't have a gun and that he has a traumatic brain injury. At one point, she tells him to get out of the car so that police don't break the windows. As the encounter escalates, she tells them repeatedly: "You better not shoot him."

After the gunshots are heard, Scott can be seen laying on the ground while his wife says "he better live."

SEE THE VIDEO BELOW (WARNING: CONTENT MAY BE GRAPHIC TO SOME VIEWERS):