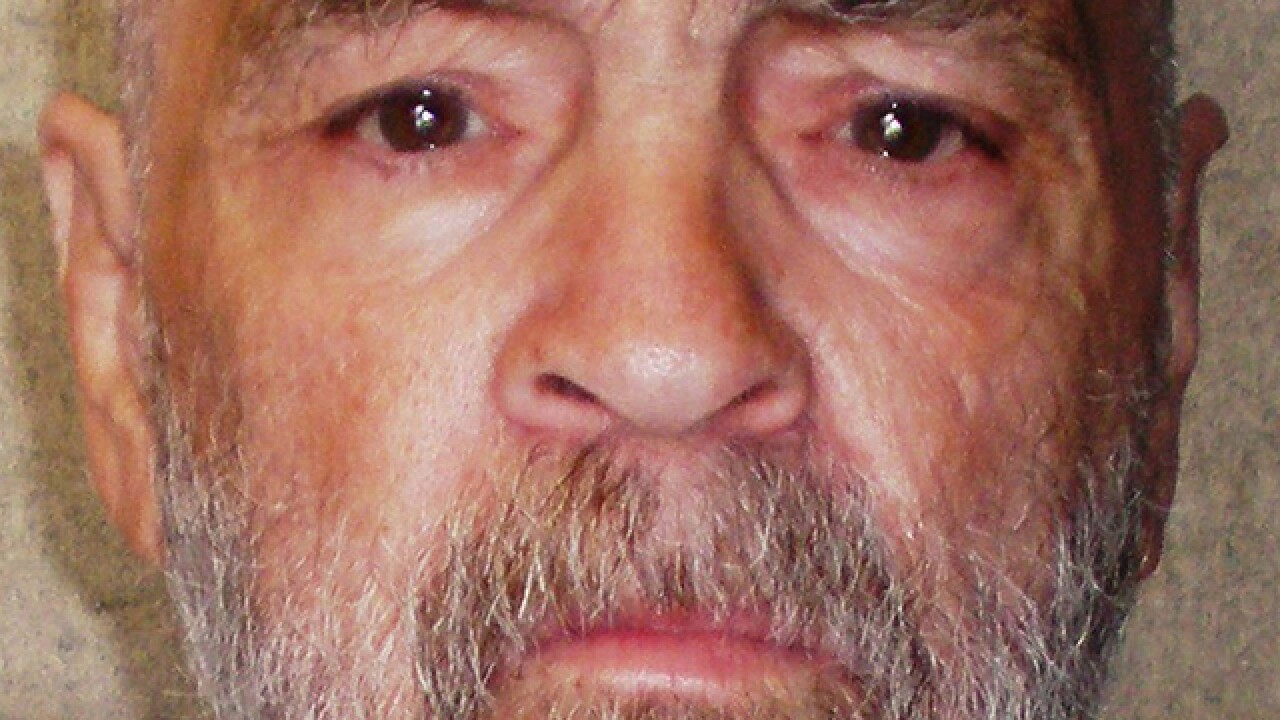 (CNN) -- Charles Manson, the cult leader whose followers committed heinous murders that shocked the nation almost a half century ago, has been hospitalized, the Los Angeles Times and TMZ reported on Tuesday.

Lt. Stephen Babb, a spokesman for the state Department of Corrections and Rehabilitation, told CNN the department cannot provide information on Manson, 82, due to privacy laws on health information.

Manson, who is incarcerated at Corcoran State Prison in central California, was taken to a hospital in Bakersfield, TMZ said.

One source told the Times that Manson is in serious condition.

Manson is serving nine life terms for ordering a wave of killings in the summer of 1969.

On June 16, 1970, Manson and three of his followers -- Susan Atkins, Patricia Krenwinkel and Leslie Van Houten -- went on trial in Los Angeles.

The first set of victims: Screen beauty Sharon Tate, who was eight months' pregnant; celebrity hairstylist named Jay Sebring; coffee fortune heiress Abigail Folger; writer Wojciech Frykowski; and Steven Parent, a friend of the family's caretaker. Each was slain on August 9, 1969, at the home of Tate and her husband, famed movie director Roman Polanski. Polanski was out of the country at the time.

The next evening, another set of murders took place. Supermarket executive Leno LaBianca and his wife, Rosemary, were killed at their home.

Although Manson ordered the killings, he didn't participate.

The word pig was written in victim blood on the walls of one home and the front door of another. There was also another phrase apparently scrawled in blood: Helter Skelter. The reason for the disturbing writings, the prosecutor argued, was because Manson wanted to start a race war and had hoped the Black Panthers would be blamed for the killings.

All of those details came tumbling out in the trial that both mesmerized and horrified the nation. During the trial, Manson and his followers created a circus-like atmosphere in the court with singing, giggling, angry outbursts and even carving X's in their foreheads.

The charges came after a major break in the case when Atkins, who was already in jail on another charge, bragged to a fellow inmate about the Tate murders. She said they did it "because we wanted to do a crime that would shock the world. ..."

Manson was originally sentenced to death but the death penalty was briefly abolished in the state and his concurrent sentences were commuted to life in prison.

Manson has been denied parole 12 times. His next parole hearing is set for 2027.