Car split in half by drunken driver, all passengers survive 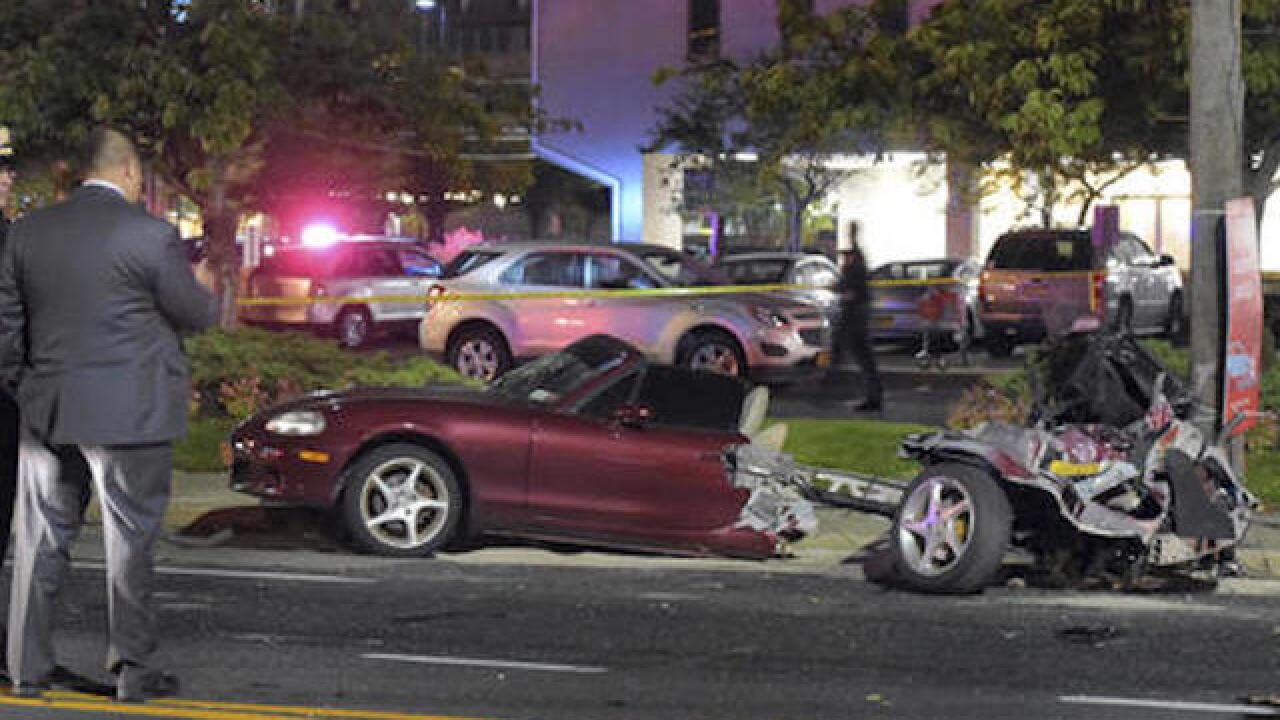 Paul Mazza
<p>Police survey the wreckage of a Mazda Miata that was split in half after it was struck by a Mercedes-Benz in Rockville Centre, on New York's Long Island, Friday Oct. 14, 2016. Miraculously nobody suffered life-threatening injuries. The driver of the Mercedes-Benz and his 25-year-old female passenger had to be extricated from their vehicle. (Paul Mazza/Newsday via AP)</p>

ROCKVILLE CENTRE, N.Y. (AP) — Police say a speeding drunken driver smashed into another car on Long Island in New York, causing the hit car to split in half.

Police say Dustin Brandon was driving a Mercedes-Benz convertible Friday night when he collided with a Mazda Miata in Rockville Centre.

The impact caused the Mercedes to overturn and the Mazda was cut in half.

Brandon and his 25-year-old female passenger had to be extricated from the Mercedes. He suffered head and leg injuries. She suffered a lower leg injury.

The driver of the Mazda suffered internal injuries.

They were all transported to a hospital.

Police charged Brandon with DWI, reckless driving and other charges. It wasn't immediately known if he had a lawyer who could comment on the charges.