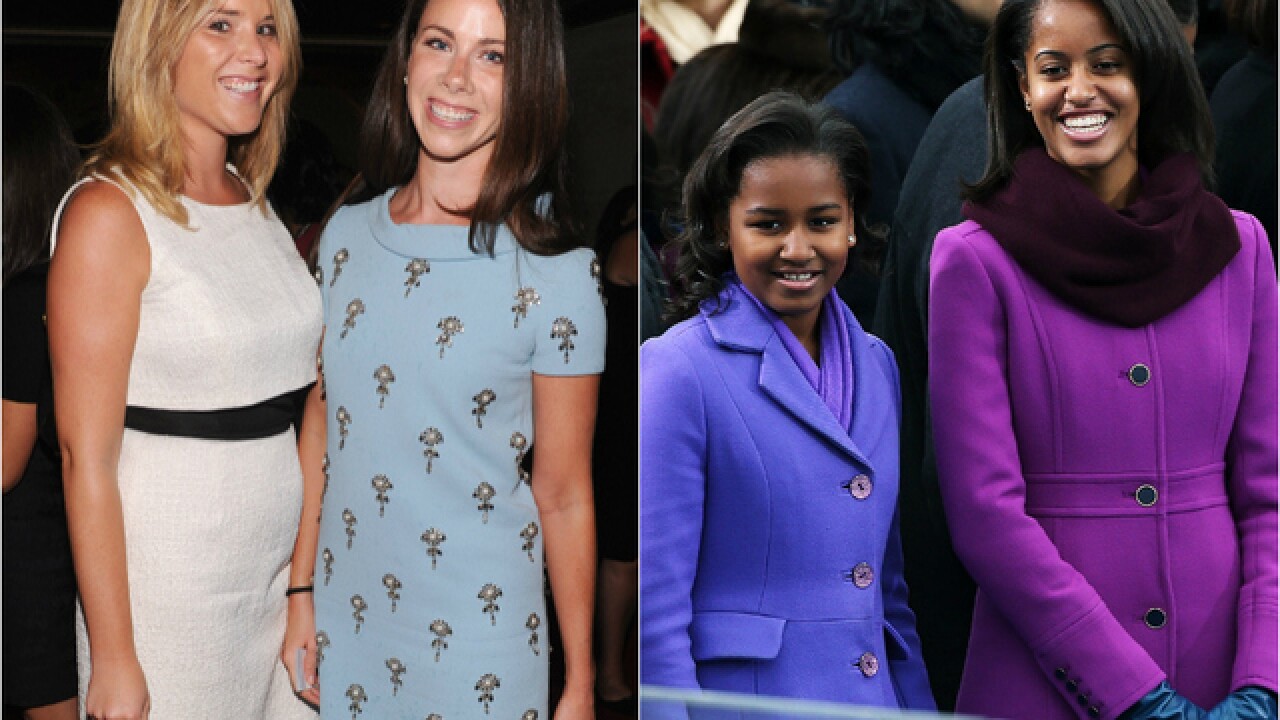 Copyright 2017 Scripps Media, Inc. All rights reserved. This material may not be published, broadcast, rewritten, or redistributed.
<p>This photo collage shows Jenna & Barbara Bush (Left) and Sasha & Malia Obama. The Bush sisters wrote a letter to the Obama sisters that was published by Time on Jan. 12, 2017, as the Obama family was set to move out of the White House.</p>

Imagine being forced to spend your formative, awkward, teenage years in front of millions of cameras. Being a First Daughter is a unique challenge, especially in the internet age.

Just ask the Bush twins and the Obama sisters.

Barbara Bush and Jenna Bush Hager — daughters of President George W. Bush — are 35 years old now but were 20 when their father moved into the White House. Malia Obama, 18, and Sasha Obama, 14, have spent the last 8 years growing up in the public eye.

As their family leaves the White House, the Obama sisters received a nice surprise from the Bush twins in the form of an open letter.

Published by Time this week, the letter includes reflections and advice from the Bush twins to their fellow First Daughters.

"In eight years, you have done so much. Seen so much," the letter, signed from Barbara & Jenna Bush states. "We have watched you grow from girls to impressive young women with grace and ease. And through it all you had each other. Just like we did."

The letter ranges in tone from self-deprecating ("Enjoy college. As most of the world knows, we did."), to funny ("[You] managed to laugh at your dad's jokes during the annual Thanksgiving turkey pardon."), to sage ("Explore your passions. Learn who you are. Make mistakes — you are allowed to.").

In one thoughtful passage, the Bush sisters write about the stoicism that goes along with being a member of the First Family: "You have listened to harsh criticism of your parents by people who had never even met them. You stood by as your precious parents were reduced to headlines."

Since their time in the White House, the Bush twins have found personal success in separate business fields. Barbara Bush is CEO of Global Health Corps and Jenna Bush is a correspondent for NBC's "Today." Malia Obama is headed to college after a gap year and Sasha Obama will continue her education after the Obama's leave the White House.