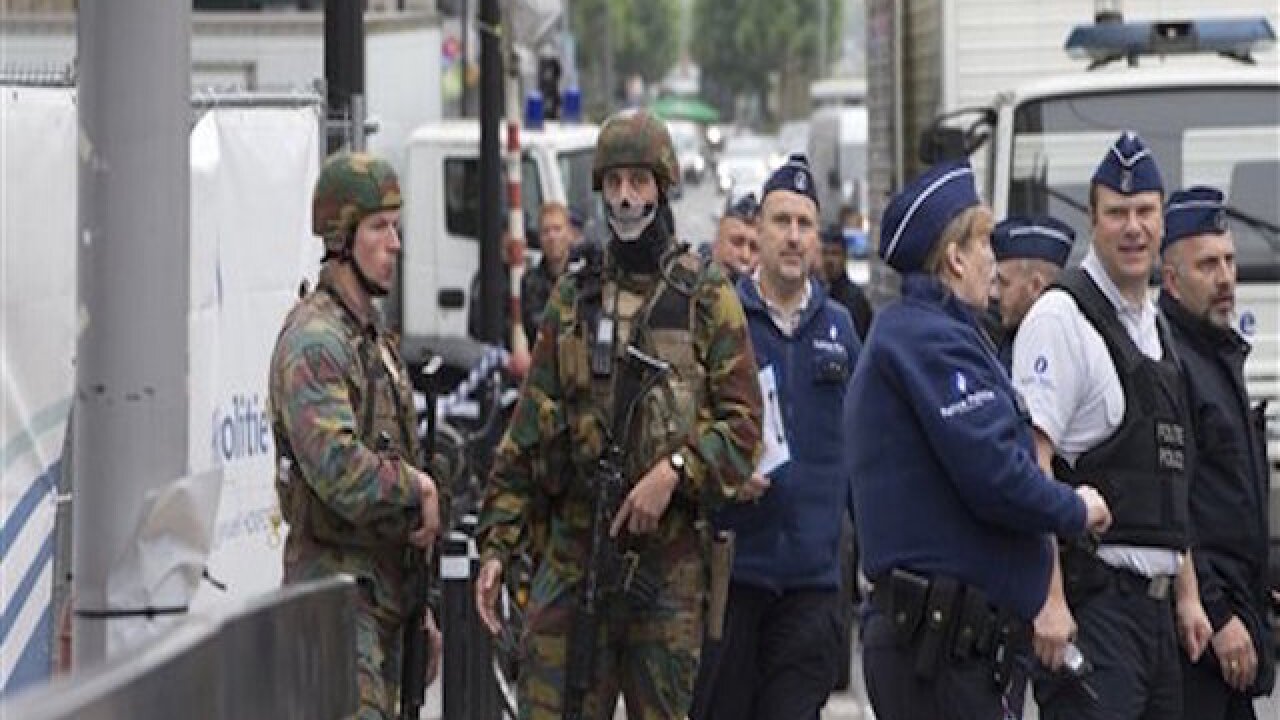 BRUSSELS (AP) — A man wearing a fake explosive belt filled with salt and cookies sparked a major security alert and an emergency meeting of key government ministers Tuesday by claiming he would be blown up outside a downtown Brussels shopping center.

Police said the man claimed to have been abducted and dropped off at the City 2 complex. He said that the "suicide belt" would be detonated remotely, triggering a response that further rattled frayed nerves of the security services and government.

Belgium has been on at least its second-highest security alert level for about eight months since the Nov. 13 massacres in Paris killed 130 people. On March 22, suicide attacks on the Brussels underground and airport killed 32 people and injured hundreds. Extra police and military have been mobilized, guarding major buildings, nuclear plants and parts of the transport network.

Brussels prosecutor Rym Kechiche said authorities were investigating whether the incident near the mall had links to terrorism or whether it was a hoax.

"We prefer the hypothesis of a hoax attack, but it's too early to say," she told reporters.

The man, identified only as J.B., was taken in for questioning. Prosecutors said he was known to police and was thought to have had psychiatric problems. A second man, who is suspected of driving him to the scene, was also being questioned.

J.B. recently informed police that he had been enlisted to join the Islamic State extremist organization in Syria, but Brussels prosecutors weren't able to prove or disapprove his claim, Kechiche said.

A car corresponding to a detailed description the man gave police was found parked in a street in the Schaerbeek area of Brussels. Police declined to say how many people had been in the vehicle.

Amid the alert, Prime Minister Charles Michel changed his morning program and a meeting of the Belgian crisis center was called.

"That level, and the measures accompanying it, is already high," Mertens said. "The situation of this morning has no impact on the existing measures."

At the scene, police in hoods and military wearing helmets were seen patrolling around at least one major entry to the City 2 shopping center, and the demining squad was also called in. Some entries to the subway station were also blocked, and underground traffic disrupted.

The alert recalled an incident in Paris in January, when police shot to death a man wearing a fake explosives vest and carrying a butcher knife as he threatened officers. The man carried a document with an emblem of the Islamic State group, but his family in Tunisia insisted he was no extremist.

Belgium has been particularly on edge over the last week following a series of arrests and police raids linked to suspected terror attacks.

Over the weekend, authorities charged three men with terror-related crimes after two days of raids and the detention of 40 people in a major investigation which they said required "immediate intervention."

Unconfirmed media reports suggested that a shopping complex, an American fast food chain and police were among the possible targets. Security was visibly higher immediately after the reports surfaced, although police denied that it was boosted in response to the news.