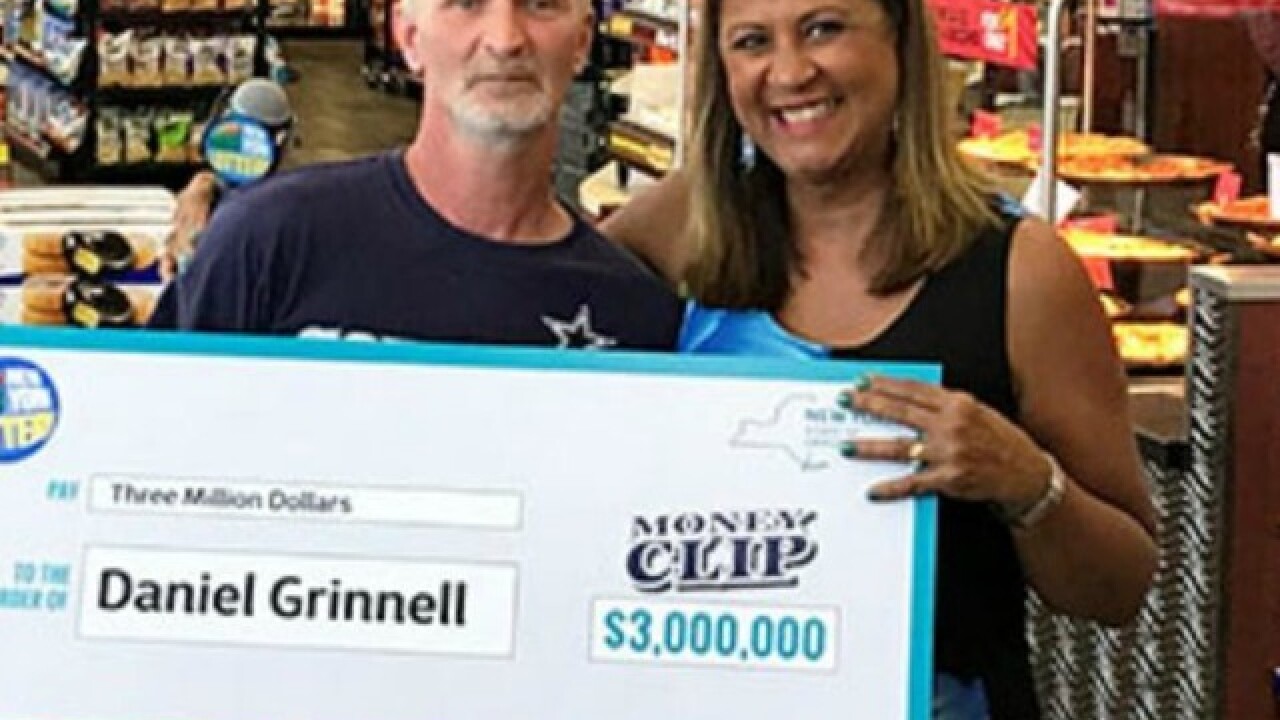 Copyright 2018 Scripps Media, Inc. All rights reserved. This material may not be published, broadcast, rewritten, or redistributed.
<p>(Via nylottery.ny.gov)</p>

Sometimes a minor inconvenience isn't such a bad thing.

Such was the case for a man in New York state, when a malfunctioning ATM ultimately led him to a $3 million payday.

Daniel Grinnell, a 50-year-old maintenance technician from Rochester, New York, is a regular lottery player. During a recent trip to the store he typically frequents to purchase scratch tickets, the ATM at that store wasn't working. So, he traveled to use the ATM at a nearby store and bought $40 worth of scratchers there.

After netting $27 with those tickets, Grinnell went back to his usual store and used his winnings to buy more tickets at a lottery vending machine. He then went to his car to scratch the tickets to see if had won another few bucks.

He had won more than a few this time.

“I was in disbelief. I checked the ticket about 100 times. I immediately signed it and put it away,” Grinnell said, per nylottery.ny.gov.

Grinnell won the top prize of $3 million -- and after taxes, he'll take home a lump sum of just under $1.6 million, which he said he'll use to buy a new home and take care of his son.

"I guess I have a new lucky number. I spent $27, the ticket number was 27 and the winning number was 27," Grinnell said.