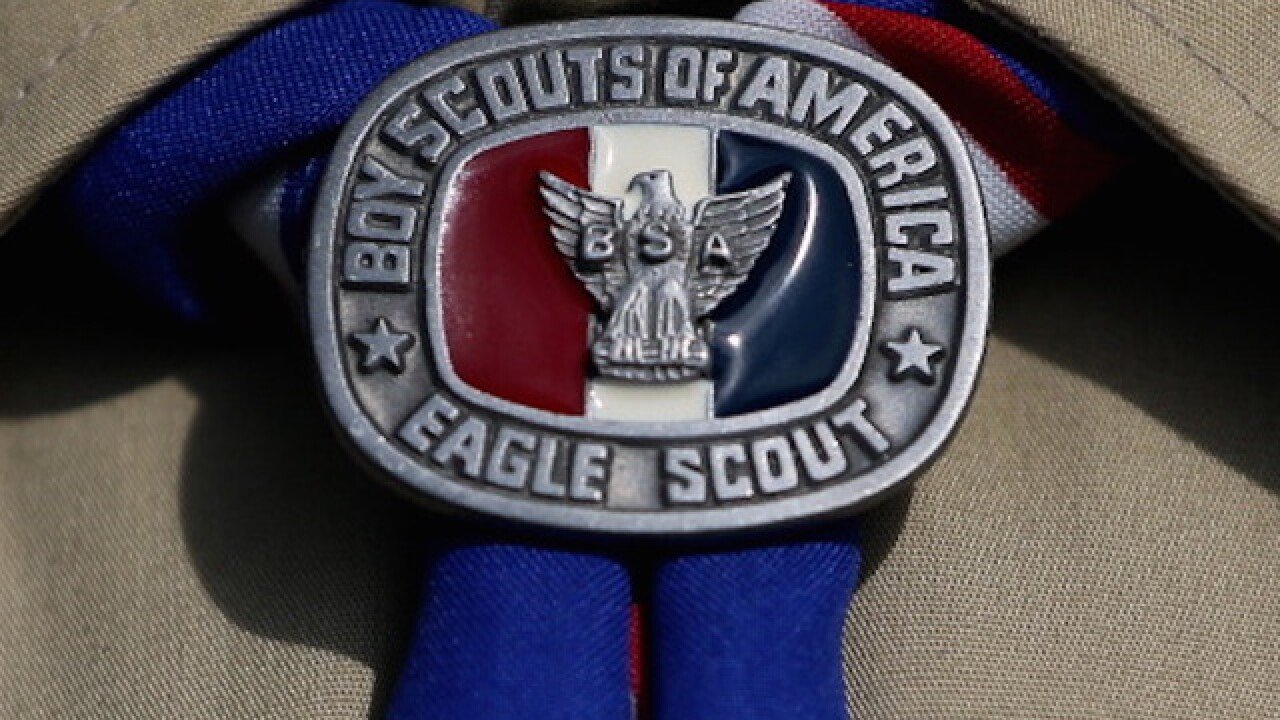 Tom Pennington
<p>IRVING, TX - FEBRUARY 04: A detial view of a Boy Scout uniform on February 4, 2013 in Irving, Texas. The BSA national council announced they were considering to leave the decision of inclusion of gays to the local unit level. U.S. President Barack Obama urged the organization to end a ban on gays. (Photo by Tom Pennington/Getty Images)</p>

ELY, Minn. (AP) — A boy and a woman camping with a Boy Scouts adventure program were killed and two other campers were injured when severe storms swept through a northern Minnesota forest, the leader of the program said Thursday.

The boy and the female volunteer with the Northern Tier High Adventure Base Program died while camping in the Boundary Waters Canoe Area Wilderness, according to general manager John Van Dreese.

Strong storms that moved through parts of Minnesota early Thursday knocked down trees and power lines. Strong winds blew unexpectedly through Charles L Sommers Canoe Base and knocked down trees that killed the two campers and injured the two others, the Boys Scouts of America said.

The two injured campers were evacuated from the wilderness area in the Superior National Forest by air, according to the St. Louis County Sheriff's Office. The two young campers were taken to a hospital by Canadian emergency crews, but their injuries are not life-threatening, the Scouts said.

Nine people, including three adults and six boys, were part of the program and were camping near Basswood Lake at the Canadian border when the storms hit. Sheriff's officials and other emergency responders were working on evacuating the rest of the group from the wilderness area, Van Dreese said.

"This is a very difficult time for our Scouting family," the Scouts said in a statement Thursday. "The safety and well-being of our participants is our top priority. Immediately following the radio distress call, we contacted the local authorities for support, and began making contact with all crews on-site to offer assistance and assure the safety of all involved."

The Scouts said they are working with authorities to notify the families of those involved and will offer grief counseling to their members and volunteers.

Last month, the brother of a Minnesota congressman was killed during a Father's Day camping trip in the Boundary Waters Canoe Area Wilderness when a powerful storm brought a tree down on his tent. Craig Walz, 43, the brother of Democratic U.S. Rep Tim Walz, was killed at Duncan Lake as the storm hit. His son was injured.

The severe weather early Thursday knocked out power for tens of thousands of people in Minnesota on a day that was expected to be the hottest of the season. Trees, branches and debris blocked roads in northeastern Minnesota and elsewhere. Authorities in Duluth urged people to stay off the streets until they were cleared of power lines.

After storms and clouds moved out of the state, temperatures were expected to heat up again with humidity pushing readings into the triple digits, according to the National Weather Service. It issued an excessive heat warning for the southern two-thirds of the state through 7 p.m. Friday.