HOLTVILLE, Calif. — Border patrol agents say a Ford Expedition involved in a deadly crash where 13 people died in Southern California was one of two vehicles that drove through a 10-foot hole in the border fence between Mexico and the U.S.

The Expedition, which had 25 people inside according to California Highway Patrol, crashed with a gravel truck early Tuesday morning in the town of Holtville, California, about ten miles north of the border and about 100 miles east of San Diego.

CHP says 12 people inside the Expedition died at the scene of the crash, some were ejected from the SUV. One more person from the SUV died after being transported to a nearby hospital. The victims include children and the driver of the Expedition.

The driver of the gravel truck was injured and is currently recovering.

In a release Wednesday, Border Patrol laid out a timeline of their agents’ involvement in the breach of the international fence and deadly crash.

They say there was a 10-foot wide breach of the international border wall discovered where I-8 comes close to the border, about ten miles west of the Arizona state line. Agents were tracking down potential illegal crossings around the fence, and say they reviewed surveillance video showing two different vehicles leaving the area near the breach Tuesday morning. 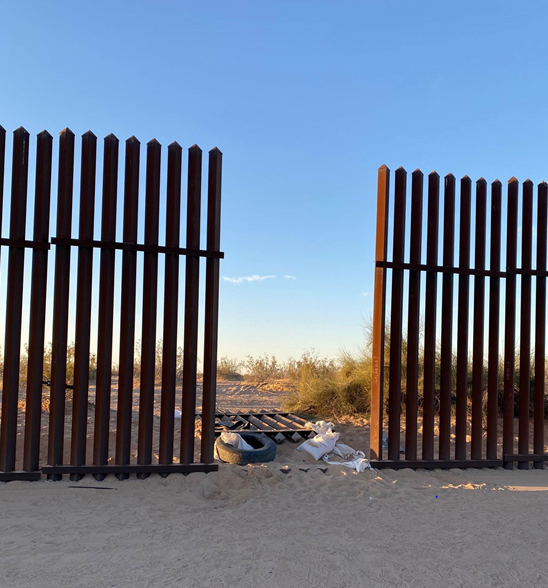 Around 6 a.m. agents received word that a red Suburban was engulfed in flames just outside Holtville.

When agents arrived, they found 19 people hiding in the brush nearby. Border Patrol determined these people had entered the U.S. illegally through the breach in the wall.

At 7 a.m., Border Patrol agents were requested to help with an accident closer to Holtville. This is where the Expedition and gravel truck had collided. Agents believe all 25 people in the Expedition entered the U.S. illegally.

Border Patrol believes both the Suburban that caught fire and the Expedition in the crash came through the breach in the border wall.

“We pray for the accident victims and their families during this difficult time,” said El Centro Sector Chief Patrol Agent Gregory Bovino in a statement. “Human smugglers have proven time and again they have little regard for human life. Those who may be contemplating crossing the border illegally should pause to think of the dangers that all too often end in tragedy; tragedies our Border Patrol Agents and first responders are unfortunately very familiar with.”

Get all the resources, tips, and tools you need to sort the facts from misinformation.