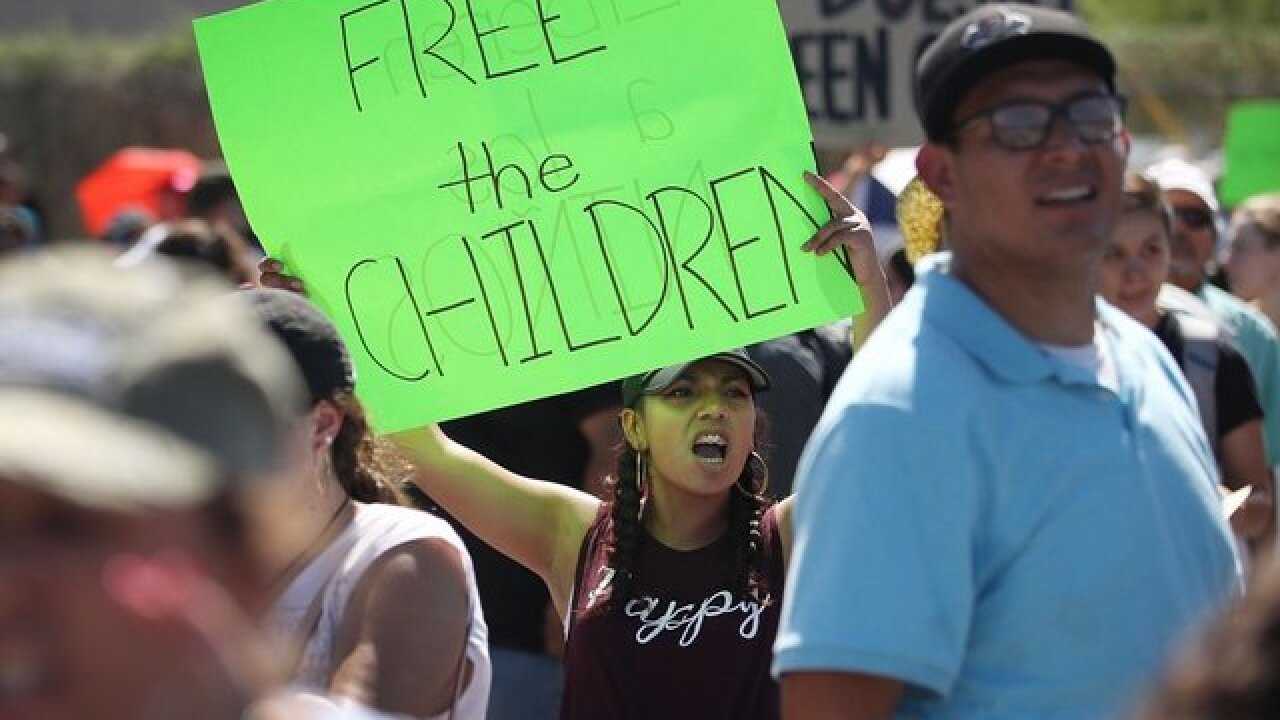 September saw the highest number on record for family members crossing the US-Mexico border in a single month, the Department of Homeland Security said Tuesday.

The figure could help fuel President Donald Trump's calls for stricter immigration policies, a key issue he has been citing on the campaign trail in the closing weeks of the midterm election season.

According to figures released by Border Patrol as part of its annual end of fiscal year numbers, 16,658 family members were apprehended crossing the border.

The numbers were close during the 2014 unaccompanied minor crisis, when there were 16,330 apprehensions in June that year, and also close to numbers in December 2017, when 16,139 family members were apprehended on the southern border.

2018 saw the most family apprehensions on the southern border, a DHS spokesperson said. The DHS data released Tuesday goes back to 2013.

The total is nowhere near the highs seen in the early 2000s.

Senior administration officials told reporters Tuesday they have seen a steady increase of unaccompanied children and families compared to single adults apprehended illegally crossing the southern border. The officials spoke on a conference call under condition they not be identified by name.

The officials say that in 2000, 90% of those crossing illegally were single adults.

The vast majority of family members apprehended come from the northern triangle countries of Guatemala, El Salvador, and Honduras, according to the officials, who say 75% of the unaccompanied minors come from Central America.

The spike in family crossings has followed Trump's move in June to reverse his administration's "zero policy" that led to family separations. The widely criticized separations themselves followed an uptick in statistics for border crossings, and the new report on the surge in families entering the US comes just weeks before the midterm elections, which Trump has tried to make in part a referendum on immigration.