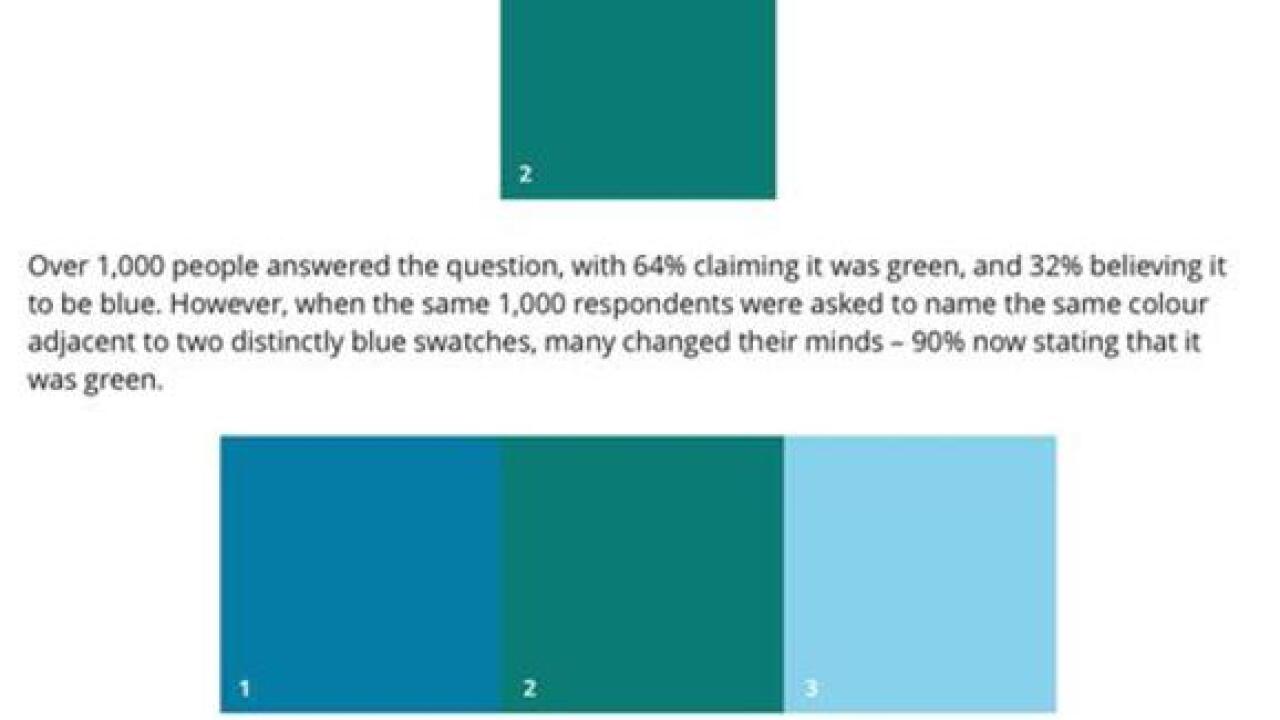 CUMBERNAULD, Scotland (AP) — A survey from a Scottish eye care company could be sparking a color controversy similar to last year's debate over "The Dress."

Optical Express says on its website that it conducted a survey in the United Kingdom asking whether a swatch of a teal-type color was blue or green. The company says 64 percent of more than 1,000 people who responded said it was green. Thirty-two percent thought it was blue. But when the same people were shown the same color between a pair of distinctly blue swatches, many changed their minds. Ninety percent said it was the color was green.

The company says the experiment shows how "our visual interpretations of the world around us can differ quite sharply."

The debate over the color of a Scottish woman's dress raged on social media last year.