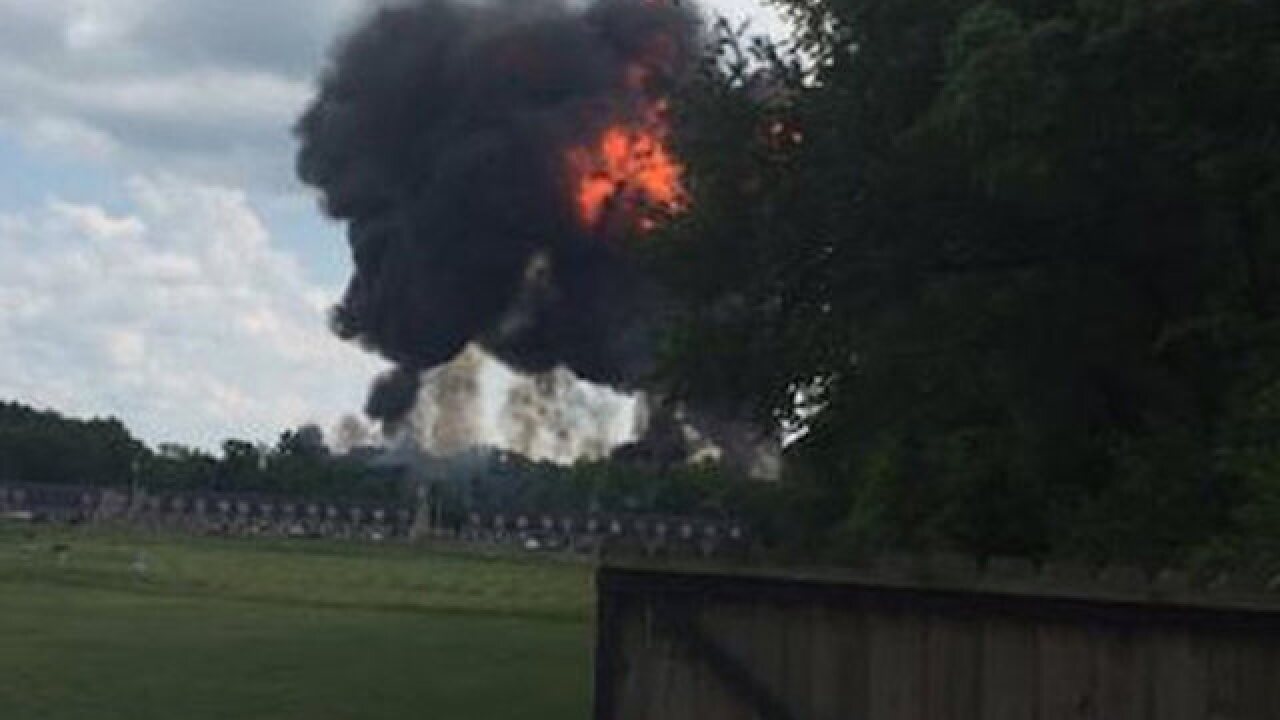 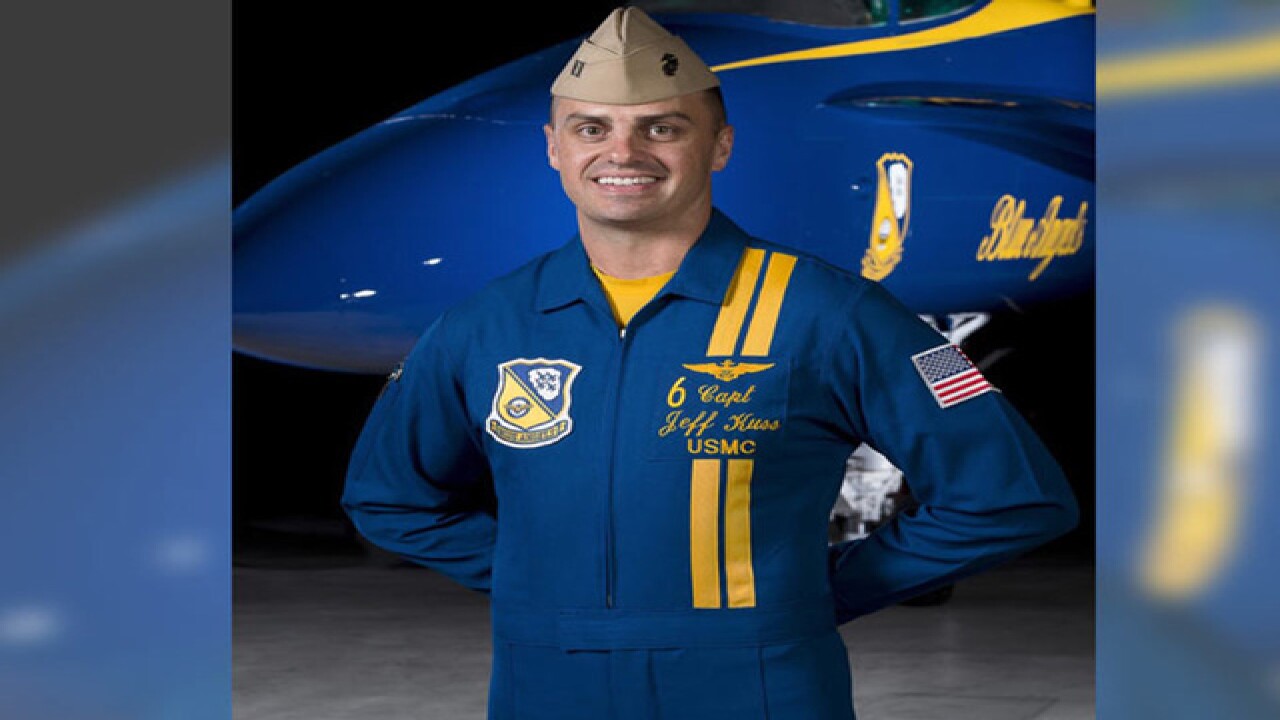 SMYRNA, Tenn. (AP) — A Blue Angels pilot who died when his F/A-18 fighter jet crashed near Nashville, Tennessee, had wanted to fly since he was a child, relatives said.
A U.S. official identified the pilot killed Thursday as Marine Capt. Jeff Kuss. The official was not authorized to discuss the matter publicly and spoke on condition of anonymity.
"It's hard to put into words right now, but it's beautiful that a person can live and die engaged in their life's pursuits," said his grandfather, Dolph Kuss, reached at his home in Durango, Colorado. "This was his dream since he was a child, to be an aviator, a flier."
He choked back tears and said he was struggling to gather his thoughts.
"It's hard to celebrate someone's life in this way," he said. "It is certainly a shock. Everything in life has its dangers, I guess."
Kuss was married with two young children, his grandfather said.
It was the second fighter jet crash of the day for the military's elite fighter jet performance teams. A member of the U.S. Air Force Thunderbirds crashed in Colorado after a flyover for the Air Force Academy graduation where President Barack Obama spoke. That pilot ejected safely into a field.
Harry Gill, the town manager in Smyrna just outside Nashville, said Thursday that the Blue Angels pilot was the only casualty and no civilians on the ground were hurt.

According to Rutherford Co. officials - one person has died in Blue Angel jet crash outside of Nashville @NC5 pic.twitter.com/0DnadkVBu8

The Navy said in a news release that the pilot was beginning to take off during an afternoon practice session for a weekend air show performance when the crash happened. Five other F/A-18 jets landed safely moments after the crash.
"My thoughts and prayers go out to the family and friends of the Blue Angels after this tragic loss. I know that the Navy and Marine Corps Team is with me. We will investigate this accident fully and do all we can to prevent similar incidents in the future," Adm. John Richardson, the Navy's top officer, said in a Facebook post. The team is based at Naval Air Station Pensacola in Florida.
According to his official Blue Angels biography, Kuss joined the elite aerobatics team in 2014 and accumulated more than 1,400 flight hours. He was a native of Durango and was commissioned as a second lieutenant in the Marines in 2006. He had previously served in Afghanistan before joining the Blue Angels.
Kuss' hometown newspaper, The Durango Herald, reported when Kuss was named to the Blue Angels team that he was a 2002 Durango High School graduate and 2006 graduate of Fort Lewis College, where he studied economics. The newspaper said he had been "enamored of jets since he was a toddler," learned to fly in Durango and soloed in a Cessna 152 when he was 15.
"He still hadn't gotten a driver's license," his mother, Janet Kuss, told the newspaper then. "His favorite toys were jets, and he wanted to be a Blue Angel since forever."
In a video the U.S. Navy posted to its YouTube channel, Kuss stood in his flight suit in front of a line of Blue Angels planes and answered a question from a fan about how to become a pilot.
"I started flying when I was a young kid," he said. "I always had a love for it, worked really hard through school, went to college and eventually got into the military. I wanted to fly the fastest, meanest thing I could. And that's why I'm here today, because I was fortunate enough to get to fly the F-18 Hornet. It's been a great experience every time I strap into it."
The Blue Angels will not participate, but the Great Tennessee Air Show will go on as scheduled, Smyrna airport Executive Director John Black said in a news release.
"After close consultation with the Blue Angels, regulatory officials and the performers, we have made the decision to carry on with this weekend's show," Black said.
Thomas Bucher, 32, of Smyrna, lives about 2,000 feet from the crash site and was outside doing yard work Thursday afternoon. He had noticed the jets practicing near the airport.
"That particular Blue Angel, I saw him doing some barrel rolls looked like in the air," he said "He was flying awful low, I thought, and he kind of got below the tree line over there. And it looked like he was on his belly going down, and that's the end of it."
After the plane went below the tree line, Bucher said he saw a cloud of smoke come up over the tree line.
"I was hoping that he had ejected from his seat, but with him being that low ... My dad is in aviation; I knew there was no way he could have ejected from that height and survived."
Copyright 2016 Scripps Media, Inc. All rights reserved. This material may not be published, broadcast, rewritten, or redistributed.