Bill O'Reilly: Putin will have to wait for apology over 'killer' remark 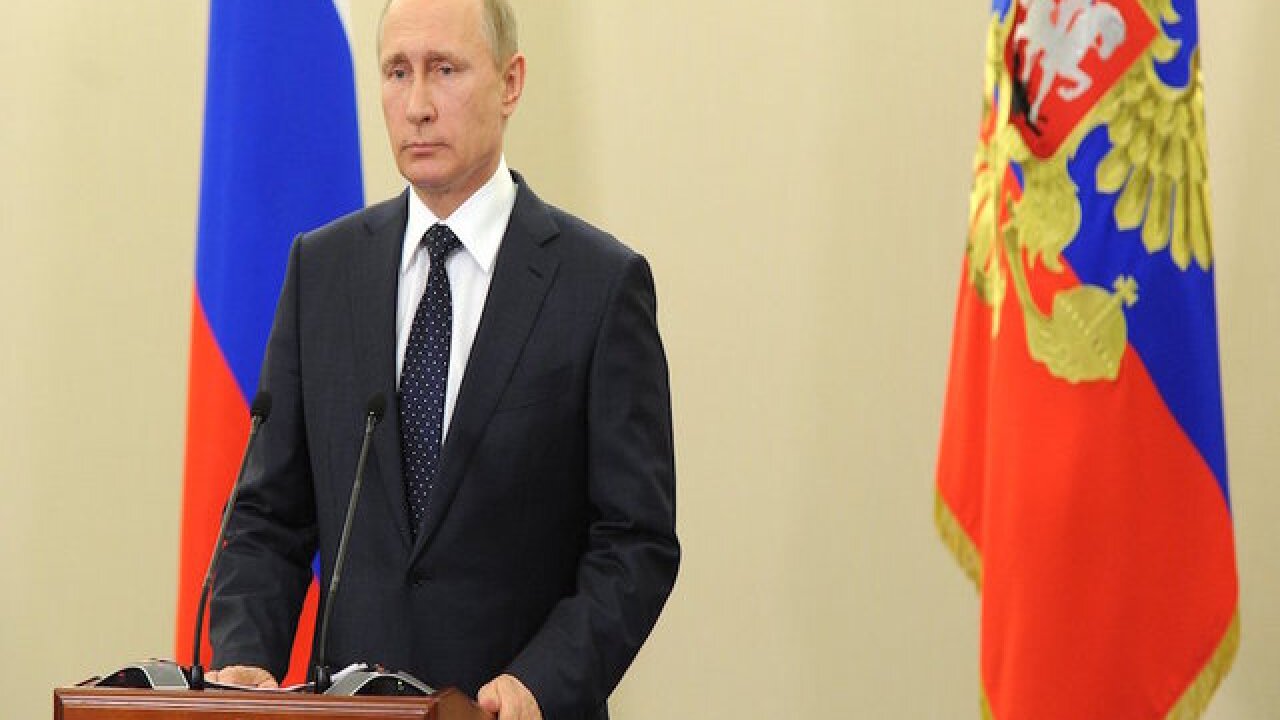 Copyright 2017 Scripps Media, Inc. All rights reserved. This material may not be published, broadcast, rewritten, or redistributed.
President of Russia Website
<p>Fox News host Bill O'Reilly responded late Monday, Feb 6, 2017 to an angry statement from the Kremlin over his description of Vladimir Putin as &quot;a killer.&quot; On Monday, Putin's spokesman Dmitry Peskov had called for an apology &quot;from such a respected TV company.&quot; (File Photo)</p>

HONG KONG (CNNMoney) -- Russian President Vladimir Putin could be waiting a long time for an apology from Bill O'Reilly.

The Fox News host responded late Monday to an angry statement from the Kremlin over his description of Putin as "a killer."

"Apparently, the Putin administration in Moscow [is] demanding that I -- your humble correspondent -- apologize for saying 'Old Vlad' is a killer," O'Reilly said on his Fox show. "So I'm working on that apology, but it might take a little time. Might want to check in with me around 2023."

On Monday, Putin's spokesman Dmitry Peskov had called for an apology "from such a respected TV company."

Peskov shot back again Tuesday when it became apparent that no apology would be forthcoming from the Fox host.

"We have different understanding of good manners and education to this gentleman," he said. "But we are very kind and very patient. We will put a note in the calendar for 2023 and will get back to him with this issue."

O'Reilly made his original remark about Putin during an interview that aired Sunday with U.S. President Donald Trump.

When Trump said he respected Putin, O'Reilly responded: "He's a killer, though. Putin's a killer."

Trump fired back: "There are a lot of killers. You think our country's so innocent?"

The president's comments have also caused an outcry by appearing to equate U.S. actions with Putin's authoritarian regime.

O'Reilly, the top-rated host on Fox, is one of Trump's preferred interviewers. For the last five months of the presidential race, Trump spoke almost exclusively to O'Reilly and Fox's Sean Hannity.

But O'Reilly has been critical of Trump's positive descriptions of Putin's leadership.

"He's a bad guy," O'Reilly said of Putin in September. "And Trump is making him out like some golfing partner."

The Fox host has called Putin a killer in the past, but it appears his use of the word in the high-profile interview with Trump attracted Moscow's attention.

Peskov, the Putin spokesman, declined to comment on Trump's own remarks in the interview.