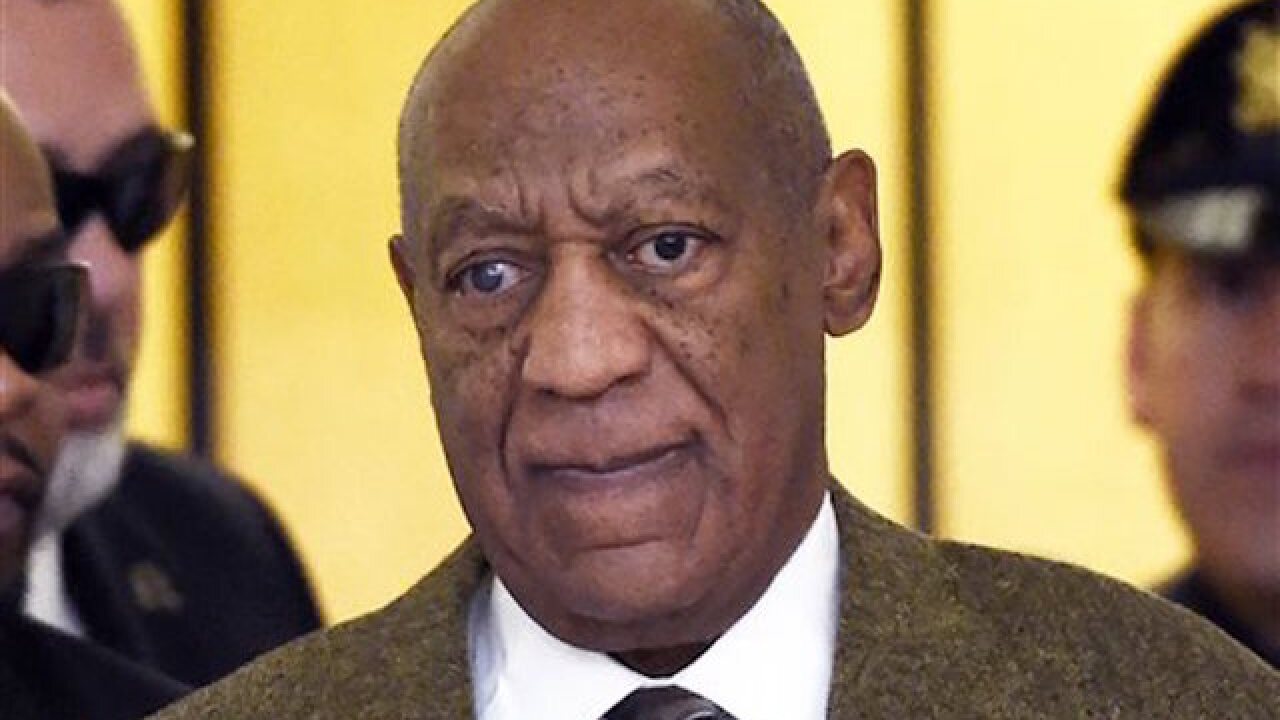 Copyright Associated Press
Clem Murray
<p>In this Feb. 2, 2016 file photo, actor and comedian Bill Cosby arrives for a court appearance in Norristown, Pa. A model who claims Bill Cosby sexually abused her at the Playboy Mansion in 2008 has filed a new lawsuit against the comedian and Playboy&iacute;s founder Hugh Hefner. Chloe Goins&iacute; lawsuit claims Hefner knew or should have known that Cosby had drugged and sexually abused women and enabled his behavior. (Clem Murray/The Philadelphia Inquirer via AP, Pool)</p>

PHILADELPHIA (AP) — In any given week, teams of high-priced lawyers fan out across the country to defend Bill Cosby amid a cascade of sexual assault allegations, defamation claims and insurance disputes.

The disgraced TV star is spending millions in a frenzied bid not just to stay out of prison but to salvage what is left of his reputation. Legal experts say he has nothing to lose.

"This thing's going to be tied up in litigation anyway, so you might as well look like you're the aggrieved party," said Professor Laurie Levenson of Loyola Law School in Los Angeles. "The best defense is a good offense."

The biggest threat facing the comedian is the lone criminal case against him, involving allegations he drugged and sexually violated Andrea Constand at his suburban Philadelphia home more than a decade ago. Cosby, 78, could get 10 years in prison if convicted.

Unless he can convince the Pennsylvania Supreme Court that a previous district attorney made a binding promise that Cosby would never be prosecuted, the comic and his cadre of high-priced litigators will be back in court Tuesday for his long-delayed preliminary hearing.

Cosby also is contending with two sexual assault lawsuits, two disputes over whether his homeowner policies should cover his legal expenses, and a dozen defamation claims brought by women who came forward too late to sue over sexual assault but say they were smeared by Cosby or his representatives.

The criminal and civil cases have generated countless spinoff battles over such things as whether Cosby's wife can be questioned at a deposition and whether Constand's recent cooperation with police violated the confidentiality agreement surrounding the financial settlement she reached with Cosby in 2006.

The lawsuits stretch from Los Angeles to Pittsburgh to Worcester, Massachusetts, not too far from where Cosby and his wife, Camille, have a home. In the past two years alone, some two dozen Cosby lawyers have done his bidding in a variety of courts, arguing in front of local magistrates, a state supreme court and federal appeals court judges.

His attorneys have flown from California to Philadelphia, for example, for a brief hearing over who can see the file from Constand's original 2005 police complaint. And they have gathered from Los Angeles, Washington and Philadelphia to pack the defense table for the so-far unsuccessful bid to get the criminal charges thrown out over the purported non-prosecution agreement.

"I'm sure he's angry that he thought he made a deal with someone ... and then all of a sudden the whole thing blows up on him and his whole reputation is ruined," said celebrity lawyer Larry R. Feldman of Los Angeles, who is not involved in the Cosby case but represented a 13-year-old who sued Michael Jackson. "I'm not worried about him financially, but nobody at this stage of his life and his career, I'm sure, wants to be defending these types of claims."

Joseph Cammarata, a lawyer for seven women suing Cosby in Massachusetts, said he isn't concerned about the size of Cosby's legal team, which he jokingly called an "economic recovery plan for lawyers."

"Only one person can speak at a time. In no way, shape or form do I think I am at a disadvantage," Cammarata said.

A spokesman for the legal team, Andrew Wyatt, told The Associated Press that none of the lawyers could comment on the scope of Cosby's legal battles. However, Cammarata said in court that he was told that Cosby's insurance company shelled out $2 million in one 15-month period for Cosby's legal bills in his case alone.

Cosby's insurer, AIG, is fighting Cosby's efforts to have two $1 million homeowner policies, along with $35 million in excess liability coverage, kick in. AIG argues that its policies exclude coverage for sexual assault cases; Cosby's lawyers say these are defamation cases.

The litigation filed around the country is almost dizzying.

In California, for example, Cosby faces a lawsuit filed by Judy Huth, who says she was sexually assaulted at the Playboy Mansion around 1974 when she was 15. In a defamation case, model Janice Dickinson claims Cosby drugged and raped her in Lake Tahoe in 1982. Cosby has denied any wrongdoing.

In Massachusetts, Cosby faces three defamation lawsuits by nine women who say they were branded liars. His wife has been forced to give a deposition, though Cosby was granted a delay because of the criminal case.

"I feel like I have a great big scarlet 'L' painted on me," plaintiff Kristina Ruehli, 72, of Windham, New Hampshire, told the AP. "How do you get that off?"