Bike collective hosts free class to give women, transgender and femmes a comfortable place to learn 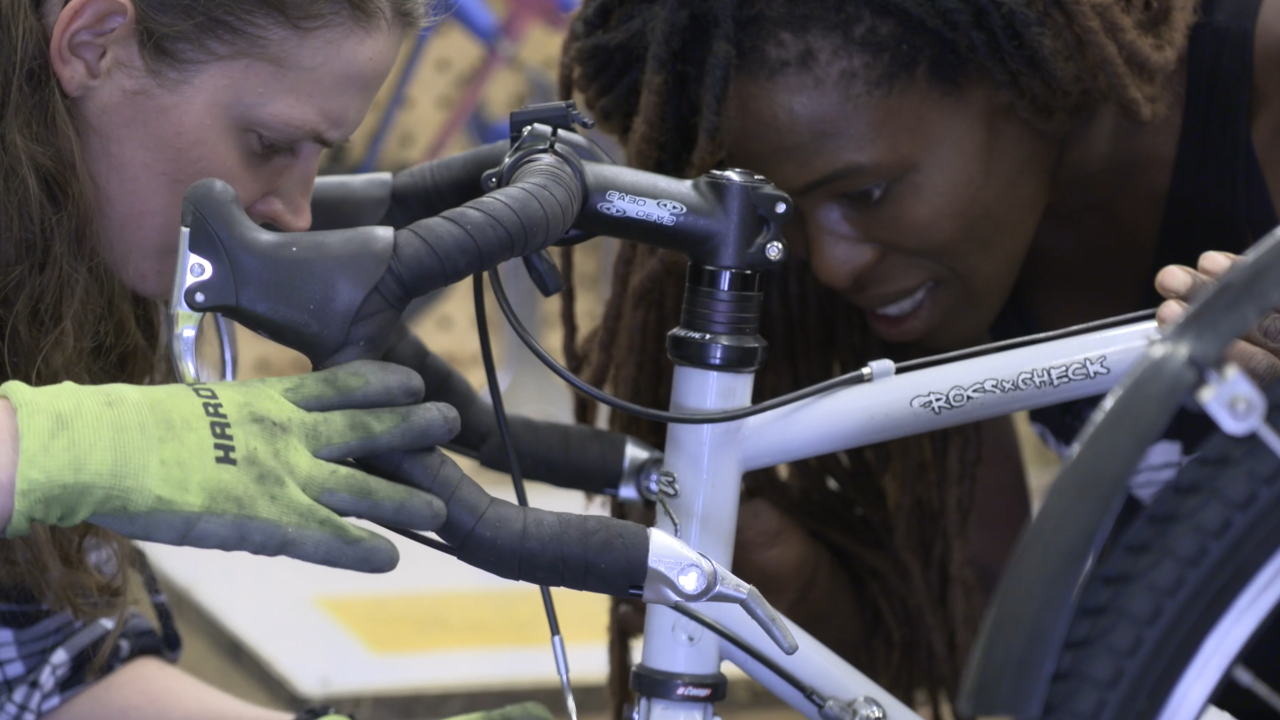 From grinding gears to tightening brakes, working on bikes can be intimidating and emotionally deflating for some people.

Nkenna Onwuzuruoha says she feels at one with the world while riding on two wheels. When it comes to actually fixing her bike, however, she’s a little less confident.

To help learn the tools of the trade, Onwuzuruoha comes to the Salt Lake City Bicycle Collective on Wednesday evenings during WTF Night, a program offering a safe earning environment for women, transgenders and femmes. And the idea is to give those groups a safe place to work in.

“Oh, I love it,” Onwuzuruoha says. “It’s a great place for women, trans, and femme folk to work and not feel intimidated or frustrated.”

“It lets women and those that have normally had a wrench torn out of their hand or have been degraded as, ‘Oh, I’ll do that for you,'--it really allows them to build confidence to be able to maintain their own bike,” says Kendra Davis, a Salt Lake City Bicycle Collective volunteer.

Davis and her team say they are helping put the power back in the hands of people who may feel marginalized by men in bike shops.

Attendees say what’s equally as important as gaining this hands-on education is learning how to be an ally of these groups.

“We’re here together supporting each other in a way that is not normally seen I think,” says Maniessa Raza. “That’s why I choose to come specifically tonight rather than any other night.”