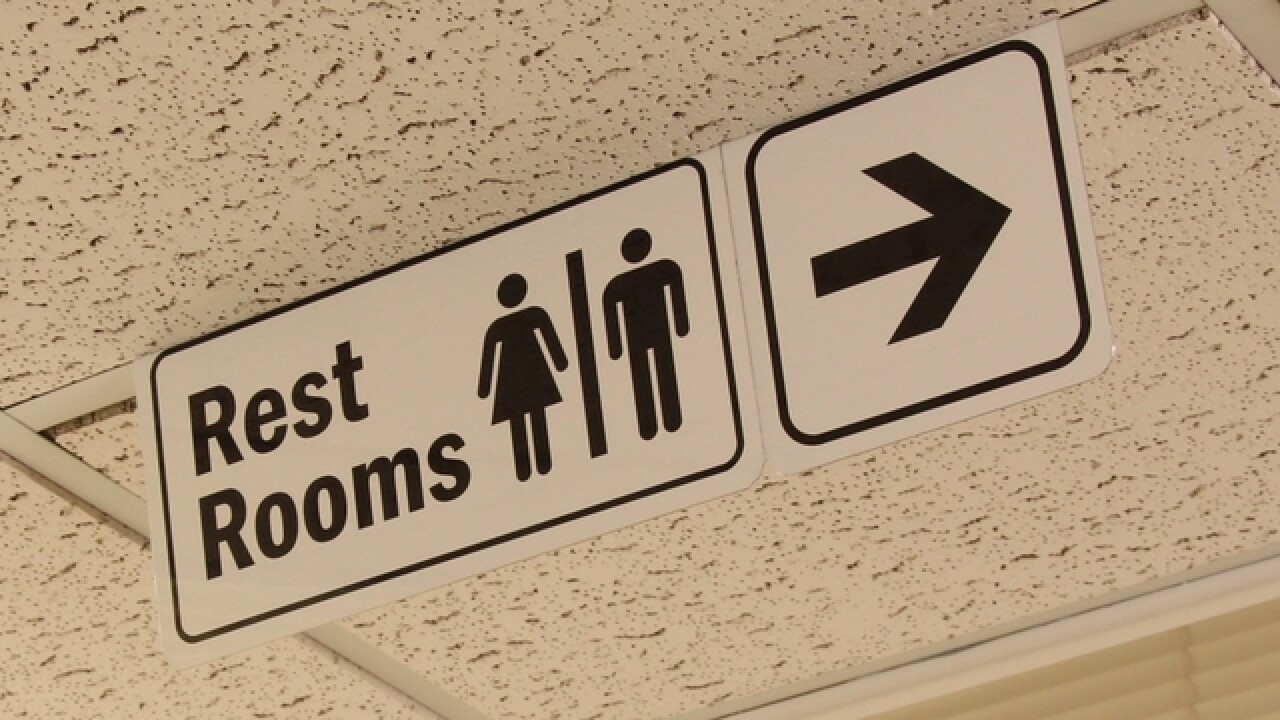 "Bathroom bills" are stacking up in state legislatures across the country in what some are labeling a culture war between lawmakers and the transgender community.

At least 7 U.S. states are currently pursuing laws that would put strict guidelines on public restroom use for people who identify with a gender that is not listed on their birth certificate.

Texas state Sen. Lois Kolkhorst filed Senate Bill 6 — dubbed the "Texas Privacy Act" — which, if passed, would require people across the state to use the bathroom or locker room which corresponds with the gender on their birth certificates.

The bill was met with criticism and protest in the state on Thursday but Texas Lt. Gov. Dan Patrick praised Senate Bill 6 as a stand for "common decency, common sense and public safety." In a statement, he said the issue is about "public safety" and said it would mean "no public school can institute a bathroom policy that allows boys to go in girls restrooms ... and girls to go in boys restrooms."

Patrick's statement made no mention of the transgender community, despite the fact that Texas has an estimated 125,350 residents who identify as transgender. According to a June 2016 study, Texas has the second-largest transgender population in America.

In March 2016, North Carolina passed House Bill 2, which dictated public bathroom usage by the gender listed on a person's birth certificate. The law has been widely criticized by LGBT advocates and has resulted in high-profile entertainers, events and businesses to vacate or avoid North Carolina completely.

There have been conflicting reports on the negative economic impact of North Carolina House Bill 2 but estimates said the state lost $400 million in the six months after it passed.

Similar legislation was passed by lawmakers in South Dakota in 2016 but the state's governor ultimately vetoed the bill, saying it didn't "address any pressing issue concerning the school districts of South Dakota," according to CNN. The veto was praised by LGBT advocates.

Seeing the blowback in North Carolina didn't deter lawmakers in the aforementioned states from proposing similar bills in the past year. Of the seven states in which lawmakers currently have proposed so-called "bathroom bills," Alabama's is the oldest and, arguably, the most strict.

Alabama Senate Bill 1 would require some businesses in the state to employ an "attendant" to be stationed outside its restrooms "to address any concerns or questions of the general public," according to Alabama state Sen. Phil Williams, who proposed the bill. Williams described the bill as protecting people's right to privacy.

"The argument that a self-professed 'gender identity' affords access to a facility over the deep concerns of other members of the public is a violation of that right to privacy," Williams wrote in an op-ed at AL.com.

Williams' right-to-privacy argument is in direct conflict with LGBT advocates who argue legislation like Alabama Senate Bill 1 violates the right to privacy of people who identify as transgender.

In December 2016, lawmakers in South Carolina and Washington proposed "bathroom bills" of their own. South Carolina's House Bill 3012 would allow local government to designate bathroom use by biological gender. Washington's House Bill 1011 would allow public and private facilities to limit bathroom access to people who are "preoperative, nonoperative, or otherwise has genitalia of a different gender" from the one posted on the bathroom's sign.

At least one lawmaker in South Carolina predicted his state's proposed "bathroom bill" won't pass, likely based in part on the backlash seen in its neighboring North Carolina, according to WSOC-TV.

Since the start of 2017, lawmakers in four different states have proposed "bathroom bills" of their own. State legislatures in Kentucky, Missouri, Texas and Virginia are pursuing new bills that would limit public restroom use to the gender listed on a person's birth certificate.

"We don't want to get into the opinion arena, we want to stay with things that are absolutes," Emery told KMIZ. "Those are all things that can be measured and established."

MORE: Click here to monitor the progress of "bathroom bills" across the country (National Conference of State Legislatures)