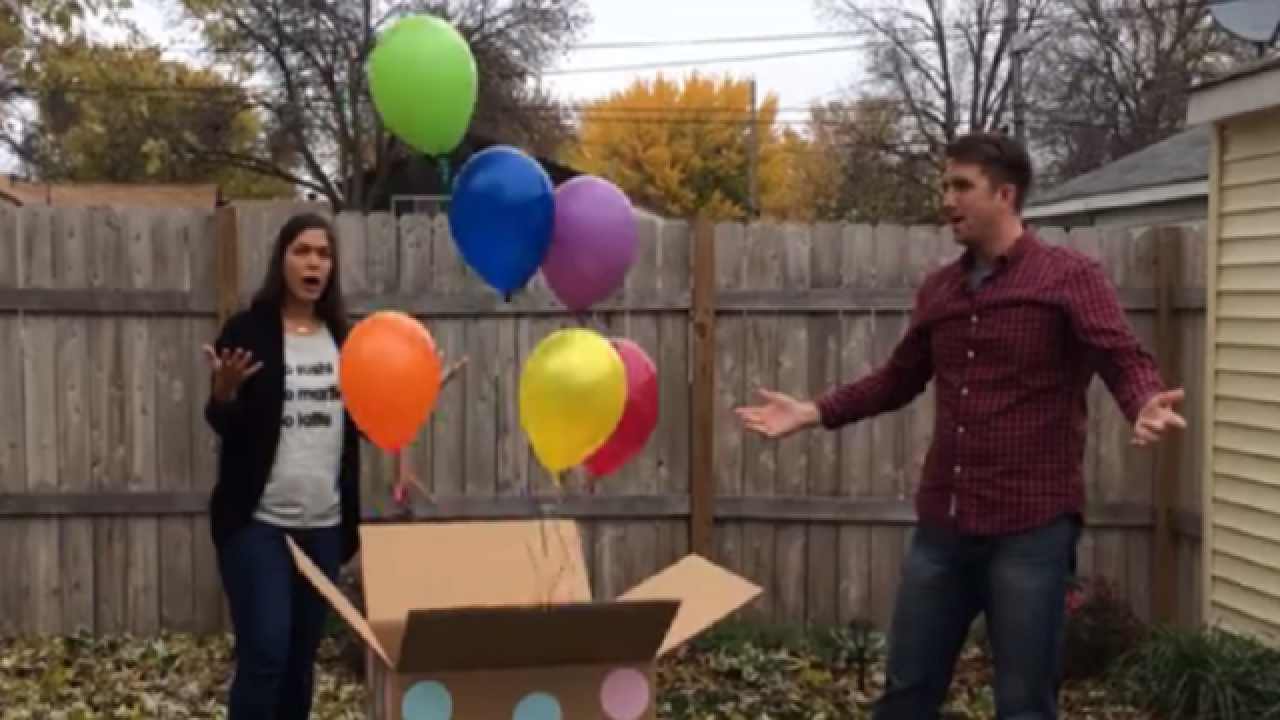 This baby gender reveal was left up in the air after a hilarious mix-up by a balloon shop.
Happy couple Joe and Leela Krummel, together 9 years, gathered friends and family at their home in Minneapolis, Minnesota to find out if they were expecting a boy or girl.
A simple reveal had been planned -- opening a box of balloons, which would then pop out revealing pink for a girl or blue for a boy.
However the bemused pair were greeted by a bunch of multi-colored balloons leaving them baffled.
Joe said of the confusing incident, "Nobody at the party knew the gender, including us.”
"Before opening the box we were nervous because the store didn't seem to understand the concept of blue for boy, pink for girl,” he said, “but they reassured us it would be done properly.”
"But when we saw the multi-colored balloons we were so disappointed, not only because 30 people were staring at us in confusion but because we couldn't find the card in the bottom that had the gender written on it."
Copyright 2017 Scripps Media, Inc. All rights reserved. This material may not be published, broadcast, rewritten, or redistributed.