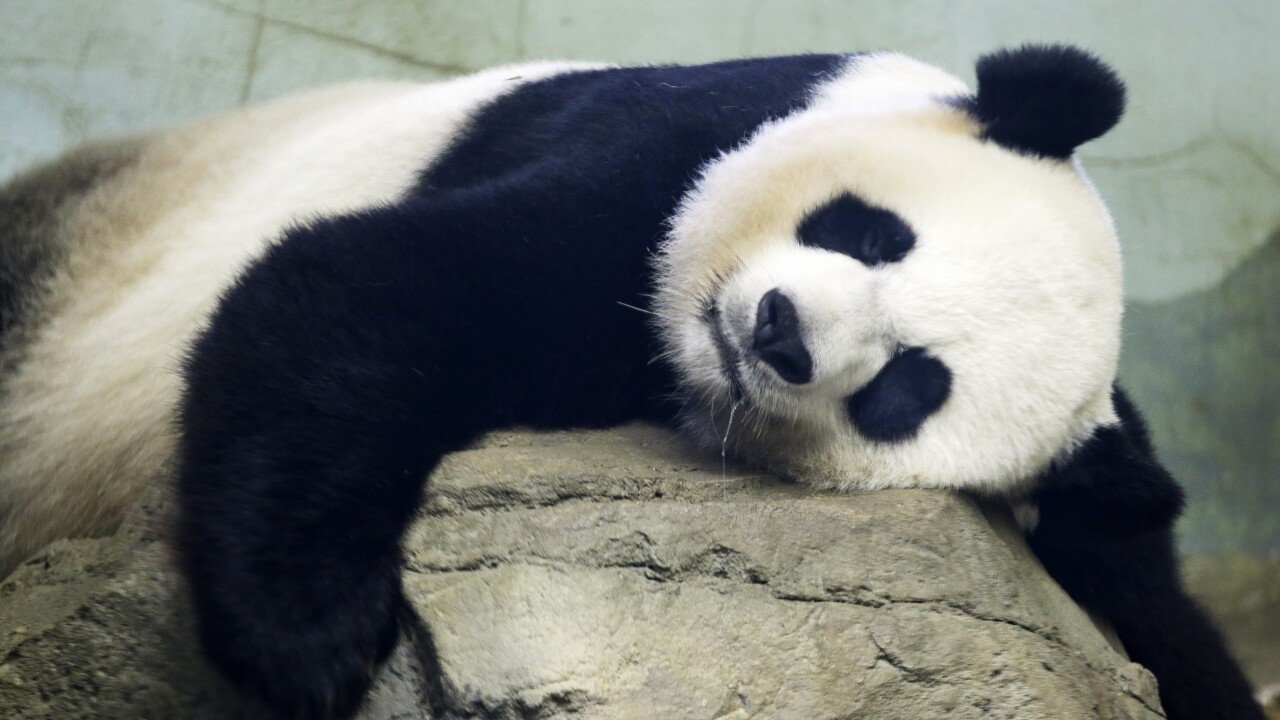 Copyright 2020 The Associated Press. All rights reserved.
Jacquelyn Martin/AP
FILE - In this Aug. 23, 2015 file photo, The Smithsonian National Zoo's Giant Panda Mei Ziang, sleeps in the indoor habitat at the zoo in Washington. Zookeepers at Washington’s National Zoo are on baby watch after concluding that venerable giant panda matriarch Mei Ziang is pregnant and could give birth this week. (AP Photo/Jacquelyn Martin)

WASHINGTON (AP) — Washington’s National Zoo says panda matriarch Mei Xiang has given birth and is caring for her newborn attentively.

The National Zoo said the birth happened at 6:35 p.m. ET on Friday.

Mei Xiang has had three previous cubs. All were eventually transported to China under an agreement with the Chinese government. Mei Xiang has been spending most of her time in a small den indoors, where she has created a nest out of branches.

In an Instagram post Friday afternoon, the zoo says, "Mei Xiang has become increasingly restless and started body licking — both signs that labor has probably started!”

Mei, at 22, would be the oldest giant panda to successfully give birth in the United States. The oldest in the world gave birth in China at age 23.