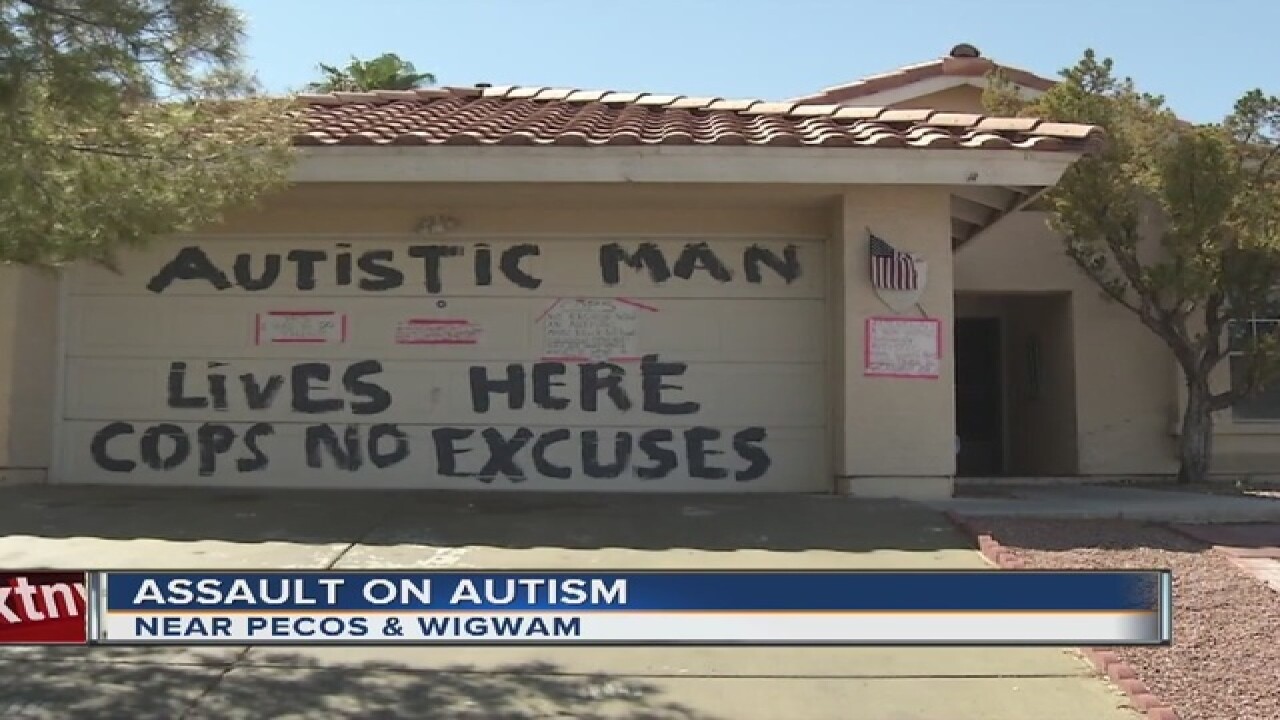 "Autistic Man Lives Here Cops No Excuse" is painted on the garage of a Henderson, Nev. home.

There are dozens of other signs plastered across the house that read much like warnings for police.

McKim posted the signs after she said her severely autistic son, Zachary, was assaulted by police.

"He's autistic, he doesn't know what is happening. He doesn't know what police is," McKim said.
According to McKim, a friend called police after witnessing her 28-year-old Zachary in a "rage." When police arrived to the home, McKim said they tried to restrain him.
"He is in a diaper, along with the pacifier, and the cops are kneeling on my son and one of them reaches for his gun because Zach was fighting for his life," said McKim.
13 Action News did reach out to Henderson police. According to the police report, officer never stated they touched Zachary. He was taken to the hospital and held for two days, but no charges were filed against him.
Since hearing about our story, Henderson police have reached out to McKim to further investigate the incident.
She said she hopes her story will now help other autistic families.
"I don't like doing this. I'm embarrassed. I'm embarrassed that everyone knows, I'm embarrassed that I'm on TV. I'm embarrassed that you guys are seeing my life, but that's reality," McKim said.
McKim adopted Zachary when he was two days old. She has been his caretaker ever since and said she can't imagine losing her son.
"It scared me this bad," McKim said.
Copyright 2016 Scripps Media, Inc. All rights reserved. This material may not be published, broadcast, rewritten, or redistributed.