At least 10 chain stores have announced closures in 2019 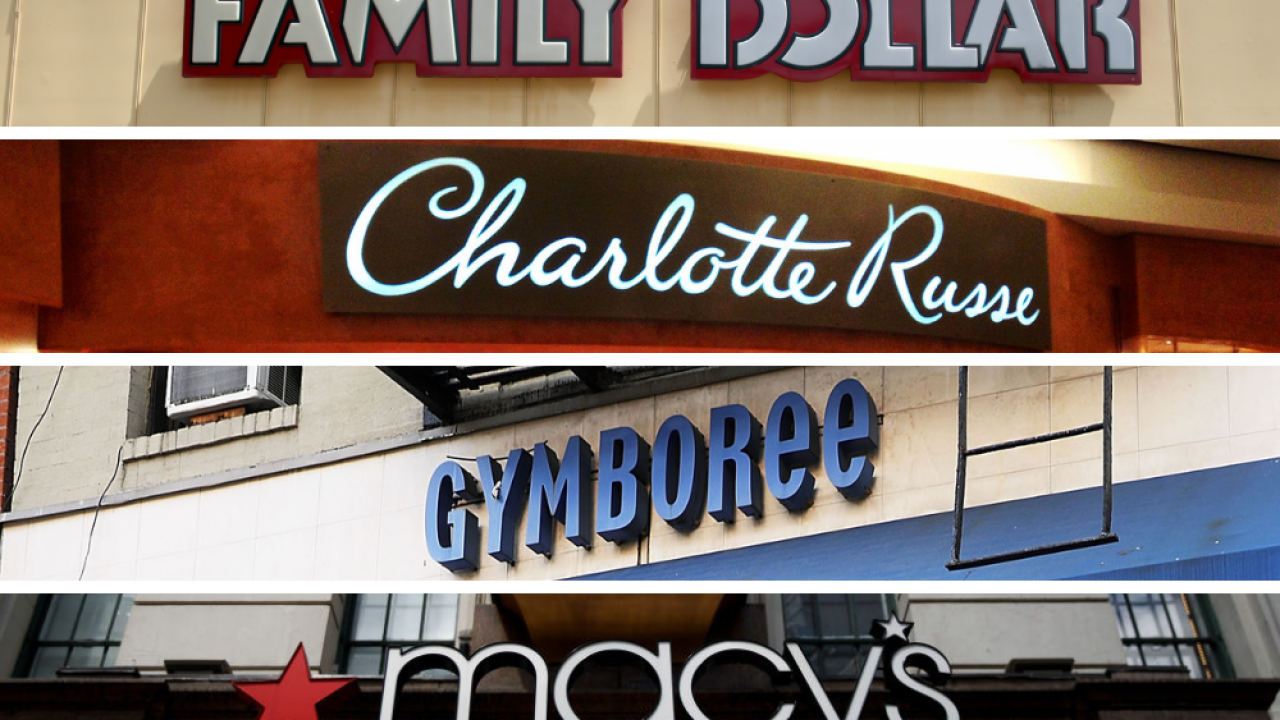 At least 10 big businesses have said they will be shuttering some, if not all, of their brick-and-mortar stores this year. Many are affected by the popularity of online shopping.

Here are the stores that announced closures in recent months:

3. Family Dollar
Family Dollar announced in March 2019 that it will close 390 stores in the year and make big changes to the stores it is keeping open as the discount chain seeks a turnaround.

4. Gymboree
Gymboree announced in January it has filed for Chapter 11 bankruptcy protection, and that filing has led to the impending closure of 800 stores.

6. Charlotte Russe
Clothing retailer Charlotte Russe will close all of its 416 stores in 2019, which it announced after filing for bankruptcy in February.

7. GAP
The CEO of Gap said stores that are not meeting its profitability requirements will close, and the Old Navy brand will be split off and made its own company. Closures will include 230 Gap stores in 2019 and 2020.

9. Macy's
Eight Macy's stores in locations the company believes may be over-saturated will close in 2019. The company closed dozens of stores in 2017.

10. LifeWay Christian Stores
LifeWay leaders said all of its 170 brick-and-mortar stores will close, but it will continue in the online retail business.