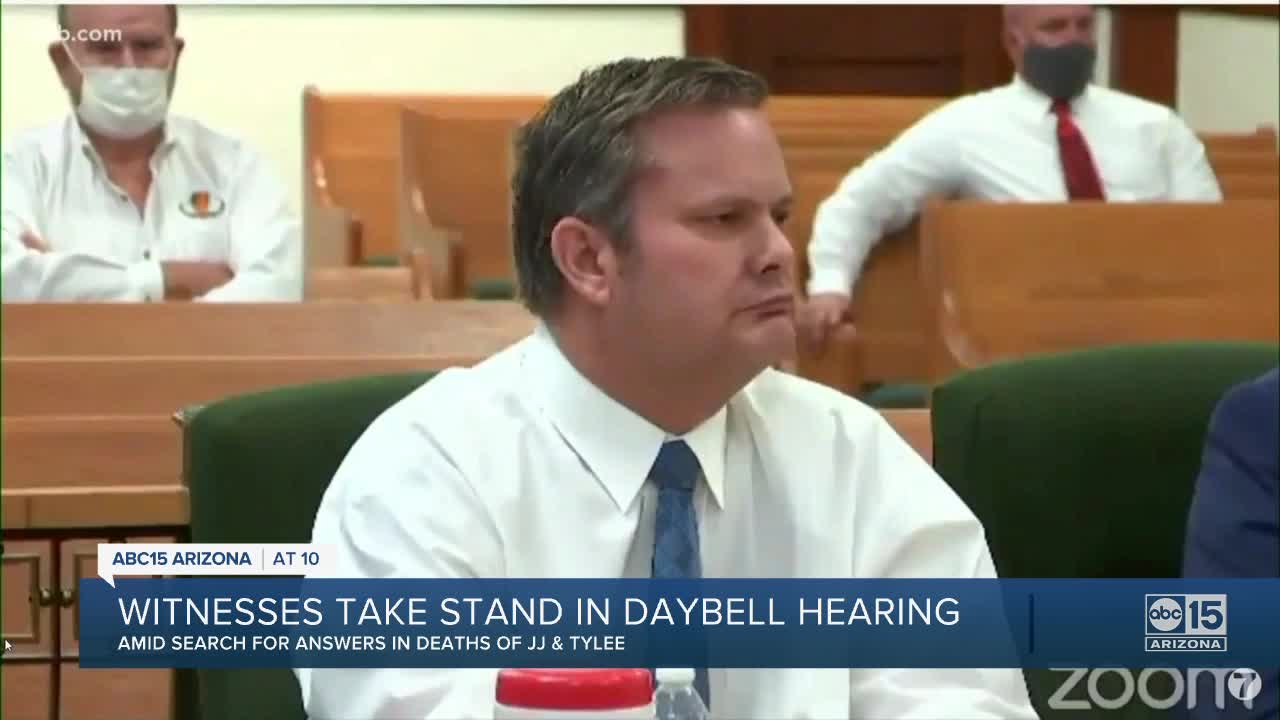 Amid search for answers in deaths of JJ and Tylee, Chad Daybell has court hearing.

The two women spent lots of time together, recording podcasts, among other things.

Gibb was in Idaho in September of 2019 attending a conference when she decided to give her friend a visit.

It was one of the last times one of Daybell's children, 7-year-old JJ, was seen alive.

Gibb was one of several witnesses called to testify against Lori’s husband Chad on Monday. Chad Daybell is facing several criminal charges including destruction, alteration or concealment of evidence.

Gibb told the court Lori confided in her when she mentioned her son JJ, and her hopes of leaving him with his grandmother, Kay Woodcock.

On November 26, Gibb says she got a call from Lori's husband, Chad:

"'Hi Melanie, this is Chad. The Rexburg Police are going to call you. Don’t pick up,'" Gibb said when questioned by prosecutors Monday. "He said the police were at Lori’s house and they were inquiring about where JJ was and that she was going to tell police JJ was with me."

“'I thought JJ was at Kay’s house?'" she asked Daybell. He responded saying he wasn’t.

Melanie told prosecutors she was upset and shocked after being asked to lie to police about JJ's whereabouts, however, admits that she didn't answer the call. She later told Gilbert police that she, in fact, was with JJ at one point.

On the stand, Gibb later admitted she lied to police, explaining she wasn't sure what to believe and was worried for JJ after hearing from both police and Lori.

On the stand, she later told prosecutors she confronted Lori and Chad over the phone, asking for more information as to JJ's true whereabouts, and why they pointed the finger at her when police began asking questions.

"'In my gut, this feels weird. I've never had 100% peace about this,'" Gibb told the Daybells. "I asked Al at one point, your brother, if I wanted to know where he [JJ] was and he said I did not want to know and he would not be found. What does that mean?"

"I don't know why he would say that," said Lori. "I don't want anybody to know so nobody has to be worried about it, no one has to be questioned about it."