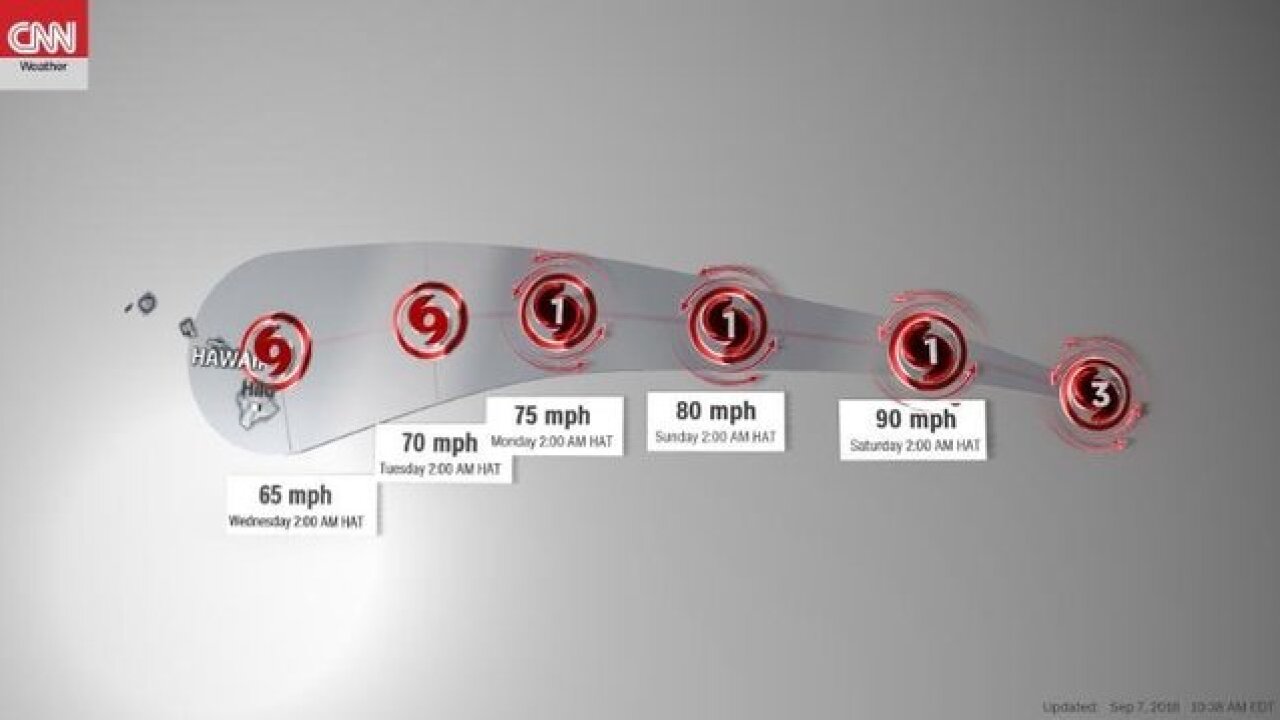 © 2018 Cable News Network, Inc.
CNN Weather
<p>Hurricane Olivia, a major storm with sustained winds of 115 mph, is churning toward Hawaii and could impact the island chain as early as Tuesday evening.</p>

Hurricane Olivia, a storm with sustained winds of 90 mph, is churning toward Hawaii and could affect the island chain as early as Tuesday evening.

Now a Category 1 hurricane more than 1,300 miles east of Honolulu, Olivia is expected to weaken into a tropical storm by the time it reaches the islands early Wednesday. Still, heavy rain and tropical storm-force winds could threaten the state.

"Although it is too early to pinpoint any details with regard to specifics related to potential impacts to the islands, forecast confidence is increasing each day as the guidance remains in very good agreement," the National Weather Service in Honolulu said.

Olivia would be the second tropical system to hit the Hawaiian Islands this year. Hurricane Lane dropped more than 50 inches of rain across the Big Island last month.

Some rain from Olivia could help Hawaii, nearly one-third of which is experiencing a moderate drought, according to the drought monitor released Thursday by the National Oceanic and Atmospheric Administration.

But flash flooding could be a concern.