Another grandson for President Trump: Eric Trump's wife is pregnant 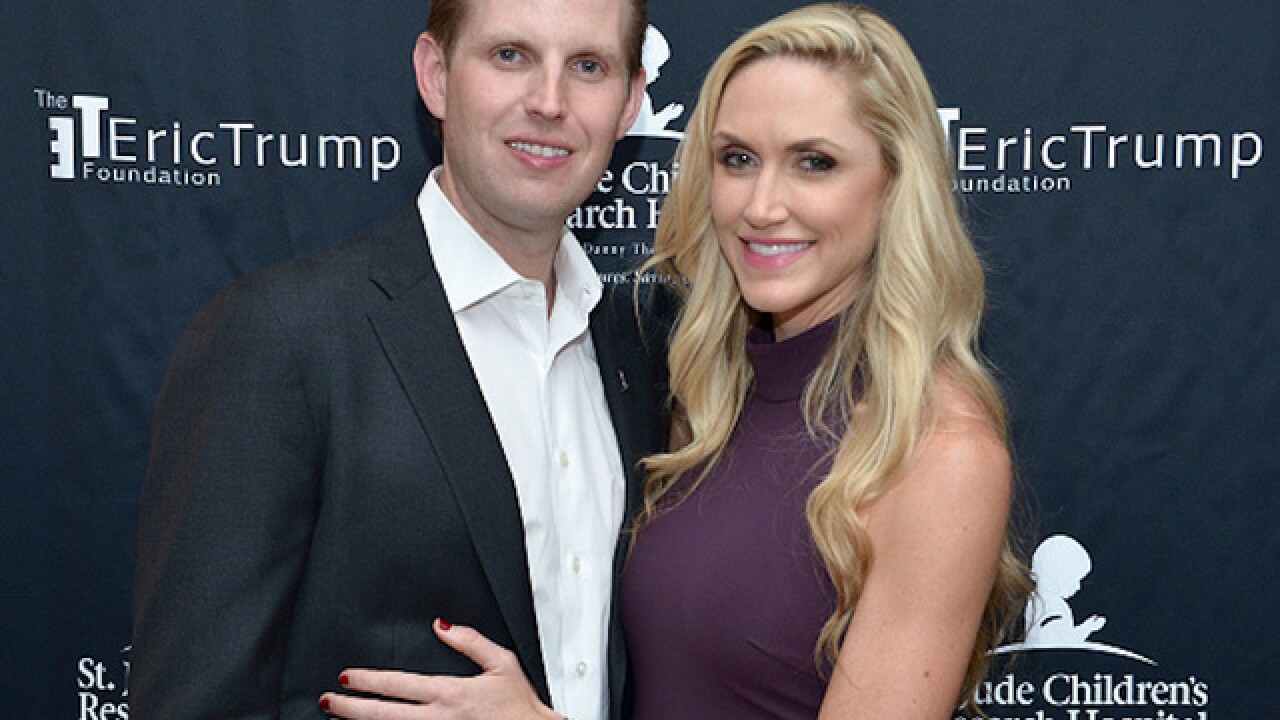 NEW YORK (AP) — President Donald Trump is about to become a grandfather for a ninth time.

Trump's son Eric announced on Twitter Monday that he and his wife Lara are expecting their first child.

The baby boy is due in September.

Eric Trump, who lives in New York, wrote "it's been an amazing year" and said that he and his wife were "blessed" by the pregnancy.

The president retweeted his son's post on Monday, adding, "Congratulations Eric & Lara. Very proud and happy for the two of you!"

.@LaraLeaTrump & I are excited to announce that we are adding a boy to #TeamTrump in September. It's been an amazing year. We are blessed! pic.twitter.com/ENrhdxdziA

Eric, 33, and his brother Don Jr. are now running the Trump Organization after the president said he cut ties with his business to take office.

The two brothers and their sister Ivanka are from Trump's first marriage to Ivana Trump. Don Jr. has five kids while Ivanka has three. Tiffany Trump, whose mother is Marla Maples, Trump's second wife, is unmarried and has no children.