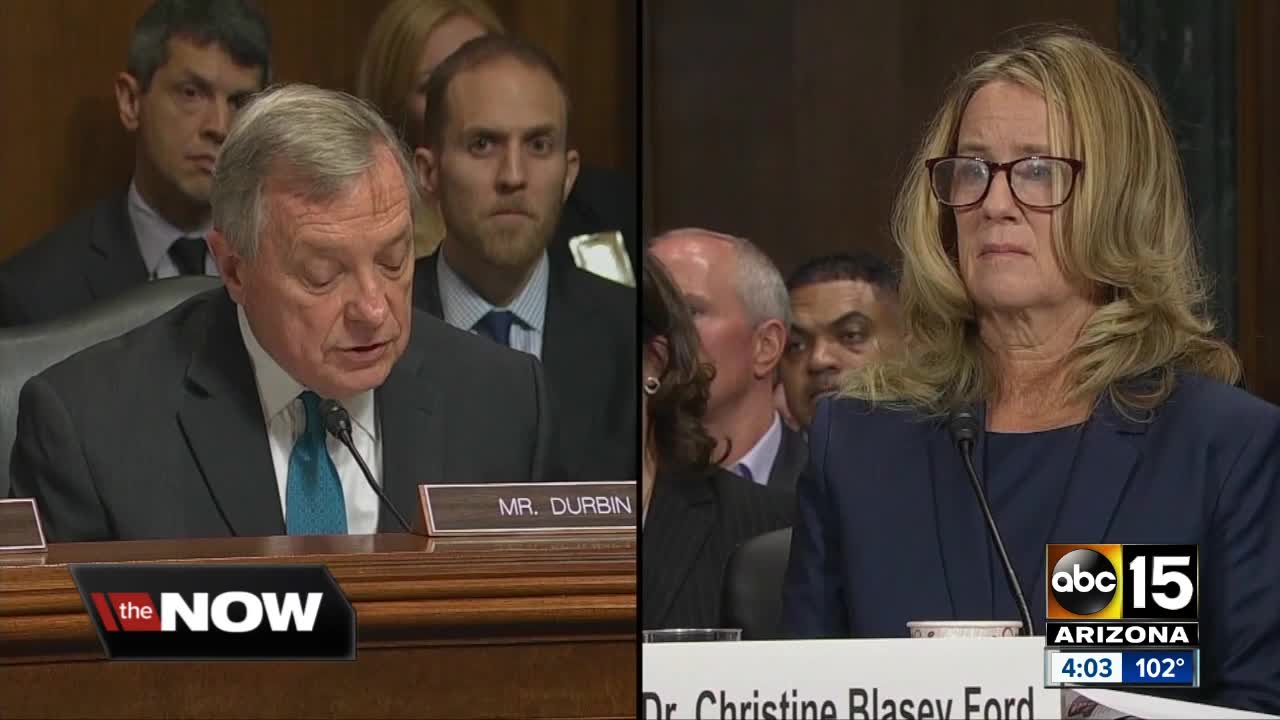 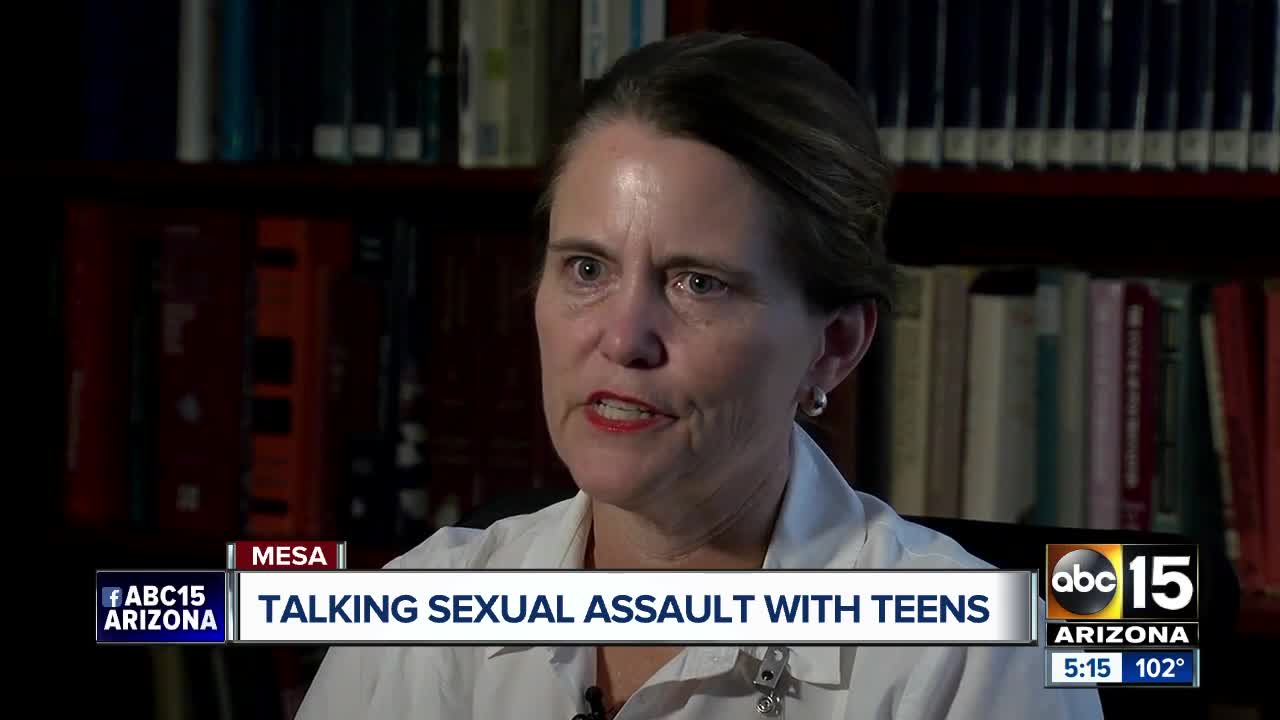 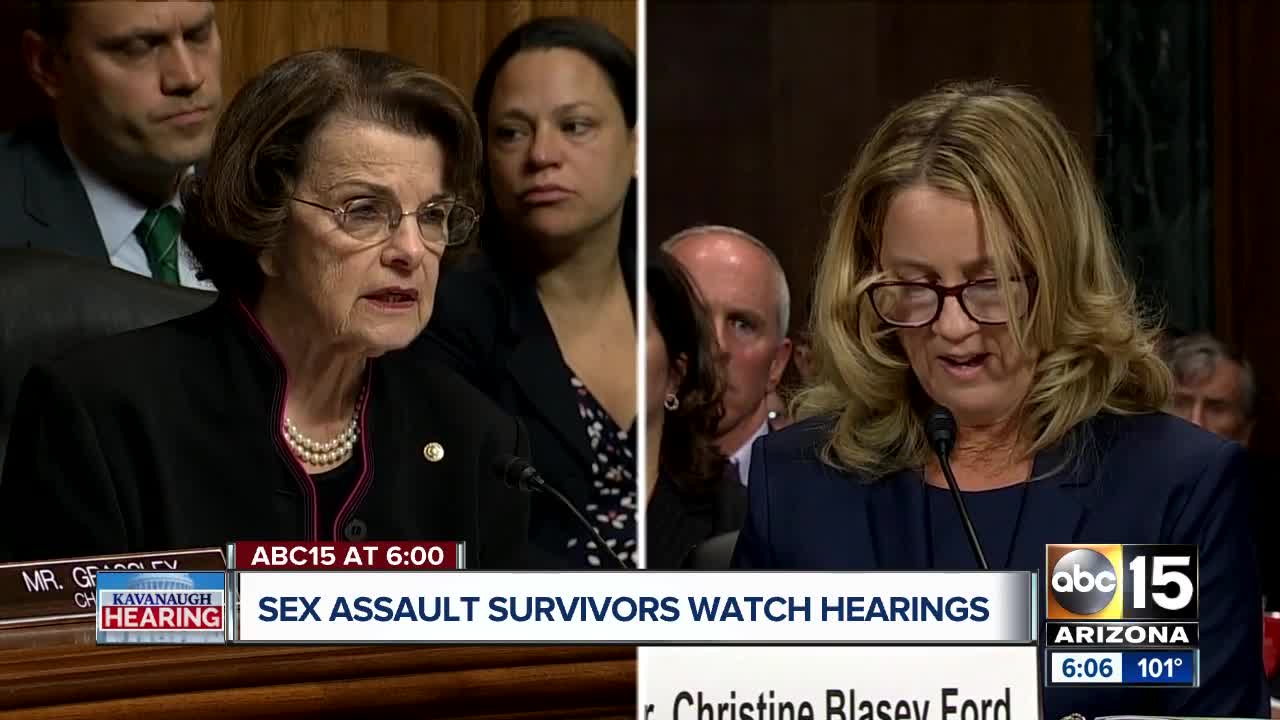 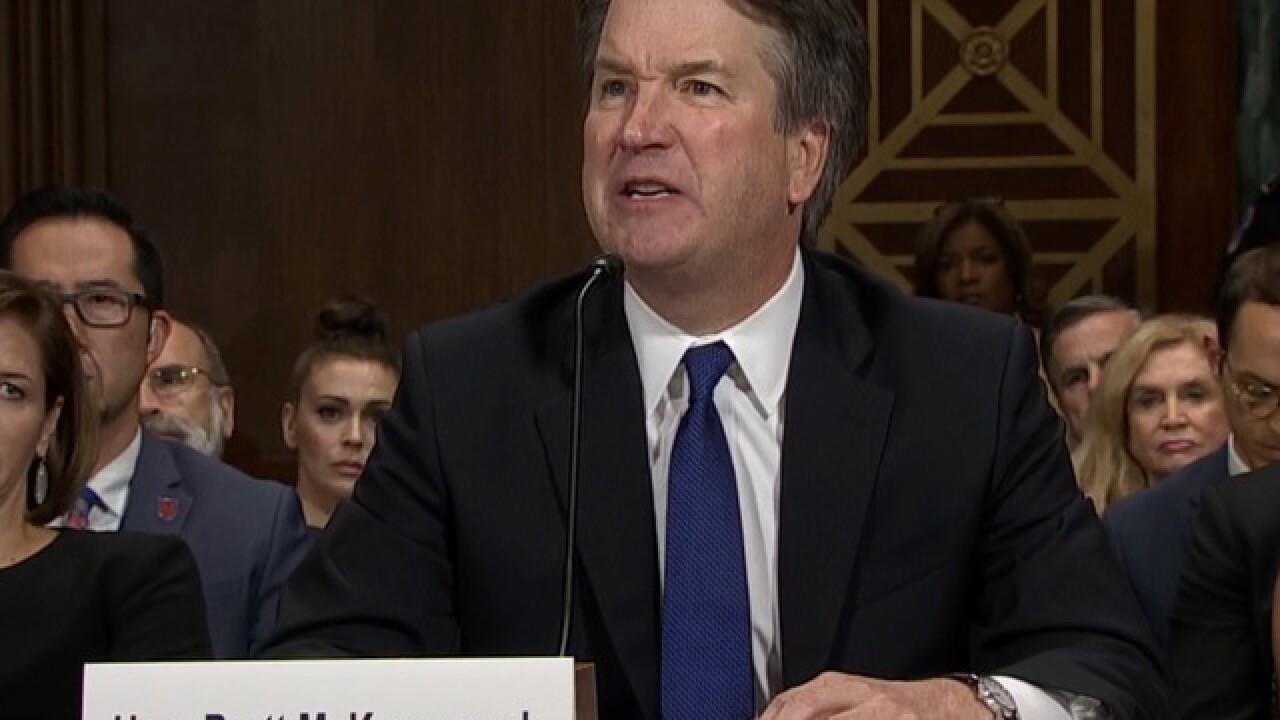 Emotionally battling to rescue his Supreme Court nomination, Brett Kavanaugh on Thursday denied allegations that he'd sexually assaulted Christine Blasey Ford when both were high school students and told Congress the accusations and biting criticism by Democrats had "totally and permanently destroyed" his family and reputation.

Sometimes showing anger, other times fighting back tears, the conservative jurist launched a bristling attack on the "national disgrace" of his treatment by Democrats on the Senate Judiciary Committee. Referring to the Constitution's charge to senators in confirming high officials, he said, "You have replaced `advice and consent' with `search and destroy."

He vowed to continue his effort to join the high court, to which President Donald Trump nominated him in July. Now a judge in the District of Columbia Circuit Court of Appeals, he seemed assured of confirmation until Ford and several other accusers emerged in recent weeks. He has denied all of the accusations, but it remained unclear how the dramatic testimony by Ford and Kavanaugh would affect his prospects.

"You may defeat me in the final vote, but you'll never get me to quit, never," he said.

Shortly before, Ford had told the same senators that she was "100 percent" certain a drunken young Kavanaugh was the one who had pinned her to a bed, tried to remove her clothes and clapped a hand over her mouth as she tried to yell for help. A Kavanaugh friend stood by and they both laughed uproariously during the incident, she testified.

In her three hours of testimony, Ford's tone was polite but firm as she detailed her accusations but offered no major new revelations. Rachel Mitchell, a veteran sex crimes prosecutor from Arizona who asked all questions for the committee's all-male GOP senators, seemed to elicit no significant inconsistencies in her testimony.

But as deferential and hushed as Ford's delivery was, Kavanaugh's was incensed and combative. He repeatedly interrupted Democratic senators' questions, including on whether he'd support their bid for testimony by Mark Judge, the friend who Ford has claimed participated in Kavanaugh's attack on her.

When Sen. Richard Durbin, D-Ill., pressed him to request an FBI probe, Kavanaugh said he'd do whatever the committee wished and repeatedly refused to change that position. Trump and Republicans have refused to bring the FBI into the matter.

"I want to know what you want to do,"Durbin said.

"I want to know what you want to do, judge!" Durbin repeated.

The emotional tone continued as Sen. Lindsey Graham, R-S.C., one of Kavanaugh's strongest backers, lashed out at Democrats.

"What you want to do is destroy this guy's life, hold his seat open and hope you win in 2020," he said, referring to that year's presidential election.

Both Kavanaugh and Ford testified under sworn oath, leaving senators who will decide his fate and millions of Americans watching television to parse whose version to believe.

A White House official not authorized to speak publicly described Kavanaugh's opening statement as "game changing," saying the vigorous display would give GOP senators what they need to vote "yes." The official said aides understood that Trump was reacting positively to the performance.

Kavanaugh, 53, struggled to hold back tears, particularly when he referred to his own family.

Asked about drinking in high school, he said he had, sometimes to excess. "I like beer," he said, but he also said he'd never passed out and never attacked Ford. "I have never done this to her or to anyone," he said.

The mood was intense as Kavanaugh's voice filled the room for the extraordinary session, unlike Ford's quiet testimony. Senators watched intently, the only sound the clicking of cameras. In the front row, family and friends quietly cried including his wife, Ashley, whose lips were trembling.

In an election-season battle being waged along a polarized nation's political and cultural fault lines, Trump and most Republicans have rallied behind Kavanaugh, whose confirmation would provide a chance to cement the conservative majority of the court for a generation.

Republicans have accused Ford and the other women of making unproven allegations and have questioned why they'd not publicly revealed them for decades.

Among the television viewers on Thursday was Trump, who has mocked the credibility of Kavanaugh's accusers. The president watched aboard Air Force One as he returned to Washington from the United Nations, said White House spokeswoman Sarah Huckabee Sanders.

During a break in the hearing, some of Kavanaugh's strongest supporters gave no indications of wavering.

Ford, now 51, has said of Kavanaugh, "I believed he was going to rape me."

Asked by Patrick Leahy of Vermont for her strongest memory of the alleged incident, Ford mentioned the two boys' "laughter -- the uproarious laughter between the two and they're having fun at my expense."

When the committee's top Democrat, Sen. Dianne Feinstein of California, asked how she could be sure that Kavanaugh was the attacker, Ford said, "The same way I'm sure I'm talking to you right now." Later, she told Sen. Dick Durbin, D-Ill., that her certainty was "100 percent."

The California psychology professor spoke carefully and deliberately during the hearing, using scientific terminology at one point to describe how a brain might remember details of events decades later. The boys' laughter was "indelible in the hippocampus," she said, using her scientific expertise to describe how memories are stored in the brain and adding, "It's locked in there."

Ford has said Kavanaugh friend Mark Judge was also in the room when she was assaulted. Judge has said he doesn't remember the incident and has declined to appear before the panel.

She also recounted how the alleged attack altered her life, describing anxiety and claustrophobia that prompted her to demand adding a second front door when her home was remodeled. She also described nervousness while flying.

The Judiciary panel's 11 Republicans -- all men -- let Rachel Mitchell, a Phoenix prosecutor, ask their questions. She began by expressing sympathy for Ford, who'd said she was "terrified" to testify. Said Mitchell, "I just wanted to let you know, I'm very sorry. That's not right."

Mitchell led Ford through a detailed recollection of the events she says occurred on the day of the alleged incident. But under the committee's procedures, the career prosecutor was limited to five minutes at a time, interspersed between Democrats' questions, creating a choppy effect as she tried piecing together the story.

Mitchell's questions steered clear of the details of the alleged assault and focused at times on whether Ford was coordinating with Kavanaugh opponents. Mitchell asked who was financing her legal and security expenses. Ford responded that she had gotten help from well-to-do people back home and was aware of public contributions at the website GoFundMe.com but also said she'd not focused on such matters amid her family's recent moves due to threats.

Kavanaugh's teetering grasp on winning confirmation was evident when Sen. Susan Collins, R-Maine, expressed concern, in a private meeting with senators Wednesday, about a new, third accuser, according to a person with knowledge of the gathering. Republicans control the Senate 51-49 and can lose only one vote. Collins is among the few senators who've not made clear how they'll vote.

Collins walked into that meeting carrying a copy of Julie Swetnick's signed declaration, which included fresh accusations of sexual misconduct against Kavanaugh and his high school friend Judge.

Republicans are pushing to seat Kavanaugh before the November midterms, when Senate control could fall to the Democrats and a replacement Trump nominee could have even greater difficulty.

Meanwhile, the lawyer for Deborah Ramirez, who says Kavanaugh exposed himself to her at a party when they attended Yale University, raised her profile in a round of television interviews.

Kavanaugh referred repeatedly Thursday to detailed calendar pages he had provided from the summer of 1982 when he was 17 years old -- exams, movies, sports and plenty of parties. That's the year when Ford says she believes the assault occurred.

Nothing on the calendar appears to refer to her.